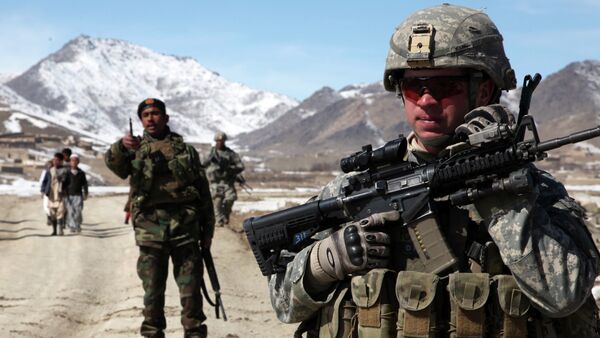 © Flickr / DVIDSHUB
Subscribe
Following a request from Afghan President Ashraf Ghani, the US has decided it will effectively stop it's proposed withdrawal of troops from Afghanistan during 2015. Ghani made the request despite the fact that the long military campaign has placed an undue burden on the Afghan people.

"Based on President Ghani's request for flexibility in the US drawdown timeline, the US will maintain its current posture of 9,800 troops through the end of 2015," the White House said in a statement released on Tuesday.

While the White House's decision does not yet address President Obama's pledge to remove troops by the end of his term in 2017, the statement establishes that "the specific trajectory of the 2016 US troop drawdown will be established later in 2015 to enable the US troop consolidation to a Kabul-based embassy presence by the end of 2016."

"This flexibility reflects a reinvigoration in our partnership with Afghanistan," President Obama said during a joint press conference on Tuesday.

"Tragedy brought us together, interests now unite us," Ghani added.

This decision came as Afghan President Ghani continues his first official tour of the US.

After a day of "productive talks" between Afghan President Ashraf Ghani and US Secretary of State John Kerry, Ghani addressed a crowd before a Pentagon ceremony on Monday. 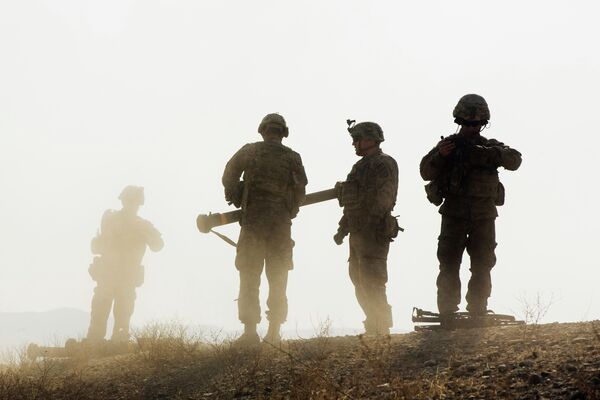 U.S. soldiers from D Troop of the 3rd Cavalry Regiment walk on a hill after finishing with a training exercise near forward operating base Gamberi in the Laghman province of Afghanistan December 30, 2014
© REUTERS / Lucas Jackson

"We do not now ask what the United States can do for us. We want to say what Afghanistan will do for itself and the world," Ghani said. "And that means we are going to put our house in order."

To fulfill that promise, Ghani asked for US troops to remain in Afghanistan longer than was originally planned. President Obama had previously indicated that he would withdraw all but 1,000 troops by the time he leaves office in 2017, and that 10,000 soldiers presently stationed in the country will be reduced by nearly half in the coming months.

That reduction will no longer be put in place.

Ghani asked for "flexibility" on that number, and Kerry had told reporters that Obama was "actively considering that request."

A report published by the United Nations last month found that 2014 was the one of the most violent years of the War in Afghanistan. 3,699 civilians were killed, 714 of them children. This was a 22% increase from the year before.

"In communities across Afghanistan, increased ground fighting among parties to the conflict and more IED attacks exacted a heavy toll on Afghan civilians," top UN envoy Nicholas Haysom wrote in the report. 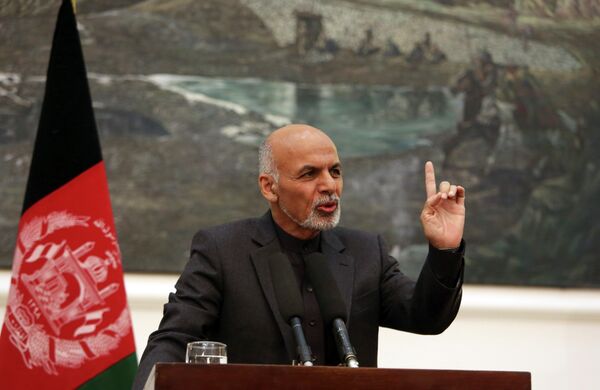 But perhaps the largest contributor to such a high death count is the series of night raids conducted by US Special Forces. Official statistics released by the US-NATO command revealed that 1,500 civilians were killed during raids carried out in just a 10 month period between 2010 and 2011. Many of these deaths were also children, but most were adult males mistaken for militants. Many of these misunderstandings stem from the fact that guns are a common means of self-defense. Men, startled by the sudden appearance of armed assailants entering their home, reach for a gun to protect their family and are summarily shot.

Data previously released by the International Security Assistance Force considered any adult male killed in this manner an insurgent.

US-led drone strikes were also responsible for many civilian deaths. A separate report published by the United Nations found that 45 civilians were killed by UAV’s in 2013 alone; triple the number of the previous year.

But drones can have another impact on the Afghan population. A study conducted by Stanford University and New York University School of Law found that living under the constant threat of a drone attack can have adverse effects on multiple aspects of everyday life.

"Interviewees described emotional breakdowns, running indoors or hiding when drones appear above, fainting, nightmares and other intrusive thoughts, hyper startled reactions to loud noises, outbursts of anger or irritability, and loss of appetite and other physical symptoms," the study, Living Under Drones, reads. "Interviewees also reported suffering from insomnia and other sleep disturbances, which medical health professionals in Pakistan stated were prevalent."

Then there’s the drug trade. Since the war began, Afghan heroin production has increased dramatically. According to the UN Office on Drugs and Crime, poppy cultivation in 2012 increased by 18% from the previous year, and all in all, the country produces between 80-90% of the world’s opium.

And despite Ghani’s praising of the US as an upright ally, many have accused the United States of profiting from that extensive drug market.

"Americans themselves admit that drugs are often transported out of Afghanistan on American planes," General Mahmut Gareev, former commander during Soviet operations in Afghanistan, told RT. "Drug trafficking in Afghanistan brings them about $50 billion a year – which fully covers the expenses tied to keeping their troops there."

Money which is taken directly from the Afghan economy.

President Ghani continues his US visit with an address to Congress on Wednesday and a United Nations meeting on Thursday, and it appears his wish for US troops to remain in Afghanistan has been granted.