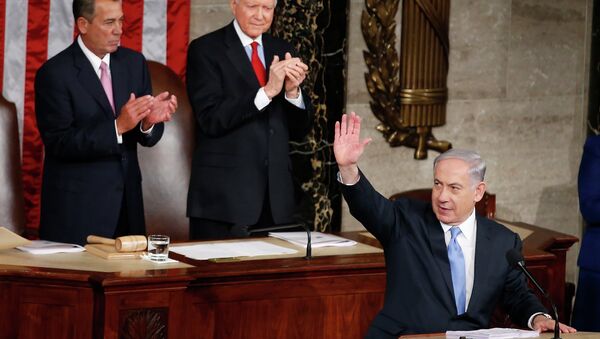 © AP Photo / Andrew Harnik
Subscribe
During his speech before Congress, Prime Minister Netanyahu used a number of grand, rhetorical sound bites. It was all part of a concentrated effort to convince a foreign legal body to disregard their own president’s policies in favor of his own. And judging by the standing applause, these ten lines may have been the most convincing - and baffling.

1. It was “never my intention” for speech to become political.

As anyone with even a cursory knowledge of American politics knows, anything and everything is political once it comes before Congress. A New York soda ban last year made buying Coca-Cola a radical statement. Even Clint Eastwood’s “American Sniper” became a way for Republicans to show their bonafides. But sure, Netanyahu thought everyone would be cool with him circumventing the leader of the United States.

2. “Iran is busy gobbling up nations.”

“Gobbling” is defined as “eating (something) hurriedly and noisily,” making it a curious choice of words. Given that Netanyahu is trying to reinforce the image of Iran as a source of ancient evil in the region, it seems odd he would choose language more evocative of a McDonald’s cheeseburger than a mortal threat to global security.

3. “To defeat ISIS and let Iran get nuclear weapons would be to win the battle, but lose the war.”

Somehow it seems harnessing nuclear energy is much less threatening than a group of fundamentalist marauders beheading any journalist they can get their hands on. Even aside from the broader fact that the Iran-ISIL comparison is a false equivalency, that sounds like a battle worth winning.

4. “We must all stand together to stop Iran’s march of conquest, subjugation, and terror.”

There has indeed been a recent wave of conquest, subjugation, and terror, but the marching hasn’t been done by Iran, but – again – by ISIL. As seen, quite literally, below. 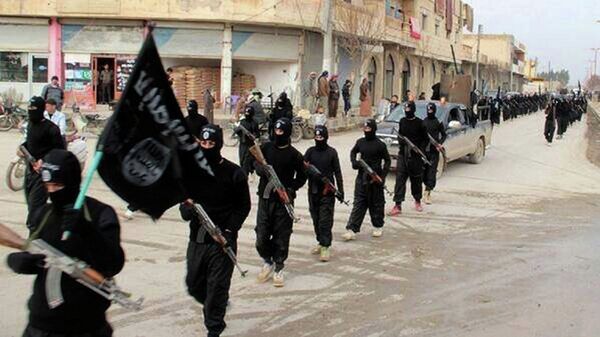 5. “The days when the Jewish people remained passive in the face of genocidal enemies are over.”

The sentiment is correct. It goes without saying that no one should tolerate genocide. But there is very little in modern history to suggest that Israel has remained “passive.” There was the Six-Day War in 1967. There was the 1981 airstrike which destroyed the only nuclear reactor in Iraq. Not to mention the military strikes which killed six members of Hezbollah in the Golan Heights two months ago.

6. “This deal will change the Middle East for the worse and will spark a nuclear arms race in the region.”

If you listened to the rest of the speech – or read the previous 5 quotes – it should be pretty clear that Netanyahu believes a nuclear arms race is already taking place in the region.

7. Netanyahu’s insistence that Iran will always be an enemy of the United States.

Bibi may have gotten confused here. When addressing a joint session of the US Congress, it’s easy to forget that you do not, in fact, represent the United States. He is also not a representative of Iran, making his bold statement about the relationship between the two nations a little speculative.

8. The standing ovation received after Netanyahu called for a nuclear free Middle East.

Good, then everyone is in agreement. Israel, as a preeminent member of the Middle East, must surrender any and all nuclear weapons it has developed. 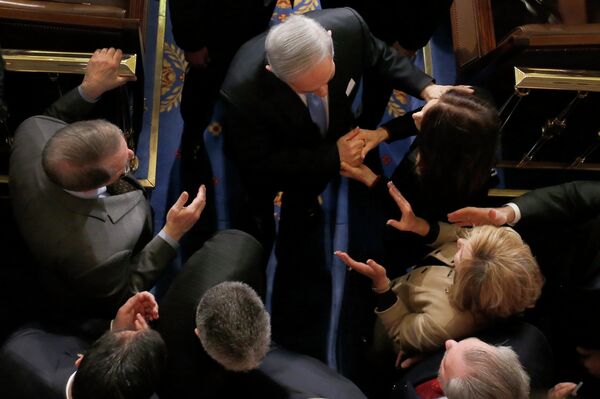 There he goes again, speaking for a number of nations which he does not, in fact, represent.

Toward the speech’s closing, Netanyahu referenced the famous Frost poem, “The Road Not Taken,” to encourage US lawmakers to make a difficult choice. But as several scholars have noted, this interpretation is a gross misunderstanding of the poem’s meaning, which is, in fact, a somber acknowledgement that our choices mean less than we think.

Probably not the message Bibi traveled 9,000 miles to deliver.

One person, at least, wasn’t watching. According to Reuters, President Obama told reporters that he didn’t watch, but read the transcript, and didn’t see anything new.