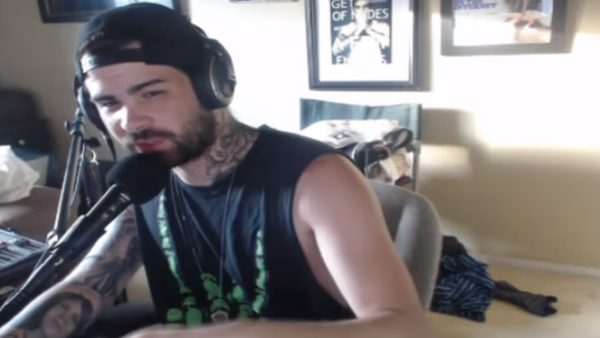 Moore isn’t known as “the most hated man on the internet” for nothing. Through his website, IsAnyoneUp.com, he was able to earn as much $13,000 a month by posting nude photos of women. While a handful of these photos were given to Moore voluntarily by would-be models, many were submitted by angry exes, hoping to get revenge on their former girlfriends.

Aside from a fairly despicable business model, Moore can come across as an all-around contemptible person. He was once stabbed by a woman featured on his site and jokingly posted photos of his wound online. When Facebook threatened him with a cease-and-desist order for stealing their photos, Moore’s response was to send an explicit photo of himself.

And then there’s this tidbit from an interview with the Village Voice:

“I’m gonna sound like the most evil motherf---er – lets be real for a second: If somebody killed themselves over [being on the site]? Do you know how much money I’d make? At the end of the day, I do not want anybody to hurt themselves. But if they do? Thank you for the money.”

Moore was arrested last January after an FBI investigation found him and an accomplice – Chris “Gary Jones” Evens – had been hacking into personal email accounts and stealing nude photos. As part of his guilty plea, Moore admitted to paying Evens for this service.

Moore’s indictment only lists victims by initials, but the site also posted photos of an “American Idol” contestant and the daughter of a major Republican donor, according to Rolling Stone.

While few are troubled by the prospect of Moore spending a few years behind bars for violating the privacy – and broadcasting personal moments – of hundreds of women, many think his trial doesn’t go far enough.

Moore is due in court on February 25, though sentencing could be postponed until March.