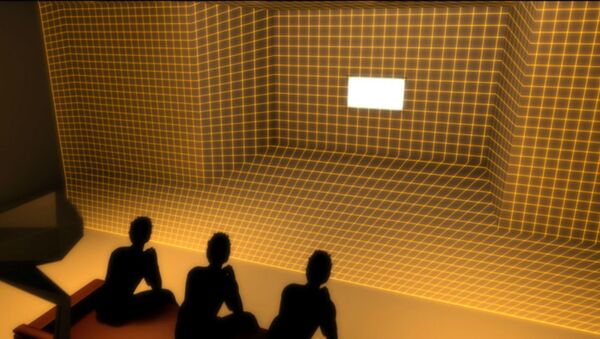 © Catopsys
Subscribe
Virtual reality users can fight in a Martian civil war, draw in an Old West shootout, or swim through Atlantis. The problem: it’s lonely. But a new device aims to make the experience more social by projecting the artificial atop the real.

Technologically, we’re not quite there yet. But even if we can’t fully transfer our consciousness into a digital avatar, we can at least create that illusion through virtual reality simulation. You can enter a world very similar to that of Tron, provided, of course, that you strap on the clunky headgear.

The headgear alone creates a fairly isolating experience, not to mention the number of friends you lose when they’re forced to watch you thrash around your living for three hours.

But a new Kickstarter campaign by Catopsys is working to change that. Immersis is designing a high-tech projector which can beam a panoramic virtual world directly into a room. No headgear required.

“Immersis transforms your entire living room into an immersive support for your video games and panoramic videos,” the Kickstarter says.

Standing to near human height, the projector can be placed along a back wall of the room and uses a fisheye lens to project a 180 degree image across the space, even accounting for corners and irregular walls. The projector can be connected to your computer, and then displays photographs, videos, or video games. 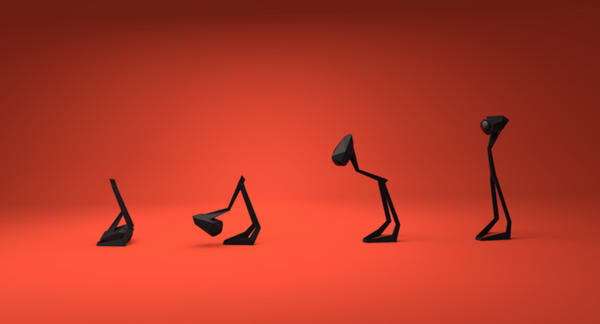 The device allows gamers to become immersed in a virtual world. Images are cast all around, rather than being confined to the 2-D limitations of a television.

Developers say one of their main goals is bring virtual reality out of the shadows, making it a social experience that can be shared.

“You can share this experience with friends and family and play as long as you’d like without fatigue,” reads the Kickstarter.

Creating a fusion of virtual and actual reality has been steadily growing over the last few years.

Google Glass has similar goals, allowing wearers to integrate digital technology into their day-to-day lives. But even Glass, with its sleek, barely noticeable frames, still encourages an insular experience. Its digital displays are for the user’s eyes only. If a Glass wearer laughs at a text which flashes before their eyes, no one else is in on the joke.

Immersis is far from perfected. A major drawback is that the projector requires users to first create a 3-D model of the room in which it is being used. A feat which isn’t exactly user-friendly. But as the project develops, engineers hope to install technology that will allow Immersis to scan the room on its own.

The design has a long way to go before it appears in Best Buy, but developers say it already works with some of the most popular PC games, including “Call of Duty” and “Skyrim.”

So while it’s not exactly “Tron,” you can at least project the movie and feel like you’re there. One day soon, Jeff Bridges could be in all of our living rooms. Just don’t expect him to share the popcorn.