Russia's Mariinsky Ballet to Discuss 2016 Visit to Washington This Week 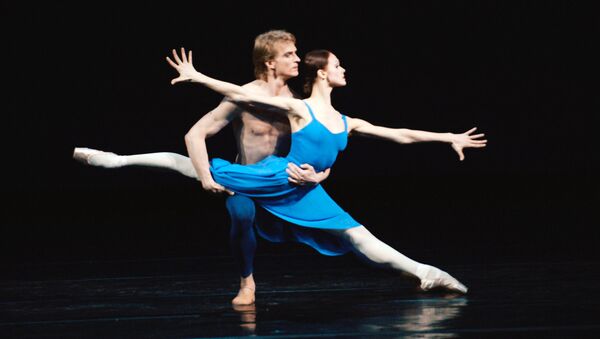 © Sputnik / Sergey Kompaniychenko
/
Go to the photo bank
Subscribe
The Mariinsky Ballet is on its six-day tour to Washington performing with the Kennedy Center Opera House Orchestra.

Washington Ballet Company to Visit Moscow as Part of Artistic Partnership
WASHINGTON, January 28 (Sputnik), Anastasia Sheveleva, Liudmila Chernova — Russia's Mariinsky Ballet will discuss the details of the next year's return to Washington, DC with the Kennedy Center this week, including a possible tour extension, Deputy Director of the Ballet Company Yury Fateev told Sputnik at the opening night on Tuesday.

"This week we will discuss the repertoire for next season, and the Kennedy Center is looking forward to receiving us again almost at the same time next year, there is even a possibility that the duration of tour will be increased," Fateev said adding that they have been annually coming to the Kennedy Center for 15 consecutive years.

"I would like to stress that it was the request of the Kennedy Center to include 'Le Sacre du Printemps' (The Rite of Spring) by Stravinsky and Nijinsky into the program, they wanted to show it on this stage for the first time, because the audience has never seen it here," Fateev said.

Although for many it could have been hard to understand the avant-garde ballet, the genius production touched everyone's feelings in the end, Fateev asserted referring to "The Rite of Spring".

"It is amazing to see such genuine interest in Russian culture and diversity of repertoire," the deputy director added.

Asked if the present tension in Russia-US relations had an impact on the American audience, Fateev underlined that the ballet company has been received wonderfully in the United States.

"There was not a slight hint of a negative attitude, all we encountered was very positive," he said. "I hear only one thing, 'When will you be back? Please come back soon!' This is what the viewers say."

Mariinsky's prima ballerina Ulyana Lopatkina also told Sputnik on Tuesday that she felt appreciation and respect from the American audience.

"I am glad that the American audience respects the culture of other nations, and it receives very warmly. It feels like they were waiting for us, were waiting to see the Russian ballet," Lopatkina, who has performed at the Kennedy Center since a young age, said. "It's a great pleasure for me to perform in this theater in a Russian program, to show the wonderful Russian school of ballet."

The prima ballerina noted that when she learnt that this tour would take place, she had a feeling of the importance of the moment, and started preparing especially hard.

"I wanted my work to result not just in a performance of perfect quality but to become an event for the soul," Lopatkina explained. "It was very important for me to see respect and audience taking hats off to that part of Russian culture. This is our legacy, this is our soul, it is above conflict, and something Russia and Russian people can be respected for."

Prominent Russian Opera Singer Elena Obraztsova Dies Aged 75
The opera troupe, ballet and orchestra of Russia's Mariinsky Theater have been on an extensive tour in the United States, with performances taking place from January 14 to February 6.

Prior to their Washington visit, the theater's ballet performed at the Brooklyn Academy of Music in New York. The Mariinsky ballet will also perform in California in fall 2015.

The symphony orchestra has performances scheduled in Ann Arbor, Michigan, and New York. Valery Gergiev, Artistic and General Director of the Mariinsky Theater, will be the conductor at most of the performances. The core of the Mariinsky orchestra program consists of works by iconic Russian composers, including Pyotr Tchaikovsky, Modest Mussorgsky, Dmitry Shostakovich, Sergey Prokofiev and Sergey Rachmaninoff.