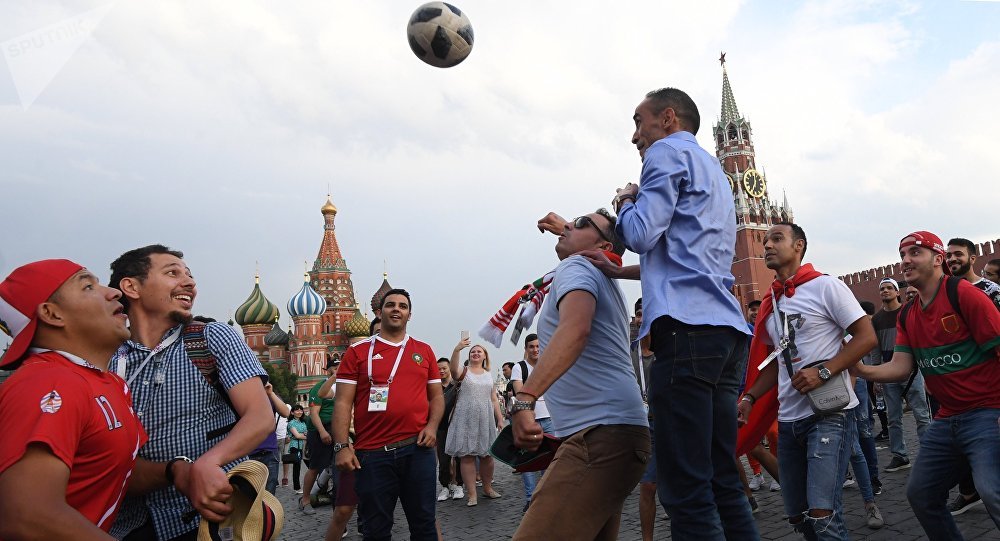 While the mainstream media had repeatedly spoken of "Russian hooligans" long before the start of the World Cup, Sputnik has interviewed French fans to find out if they faced such difficulties.

The two bloggers said that Russia appeared to be hospitable despite the reports from Western media, citing the lack of security and underscored an "exceptional" level of security.

"It's very far from what we can see in the French media and especially on TV. Before the World Cup we had the impression that we were going to a country that was at war, to a very dangerous place and that we had to be extremely cautious… But in fact the Russians are even more open than the French."

"The security level is EXCEPTIONAL! There're police and military everywhere! At the stadium we can't walk 3 meters without running across them!"

"The atmosphere is truly magical! Fans from all over the world meet to have a great time together. There's no animosity, everybody's smiling; it feels so good to see that!"

"The police are here in numbers but remain discreet, and this offers a very calm atmosphere."

"I haven't met any hooligans or aggressive fans. The atmosphere's really festive but it remains quite calm and the sense of security dominates."

"Crazy atmosphere…incredibly surprised by the organization," especially the impressive number of military and police and "also volunteers ready to answer our questions and show us the way."

"The security level looks very good." "There're a lot of policemen and inspectors, whether in transport, around stadiums, or public places, which can only reassure us."

"No trace of hooligans or violent fans. On the contrary, many Russians take pictures with us. Never for a moment (it has been a week) have we felt insecure."

'That Boy is Fine!' Twitter Drools Over Jordan Prince After World Cup Photo