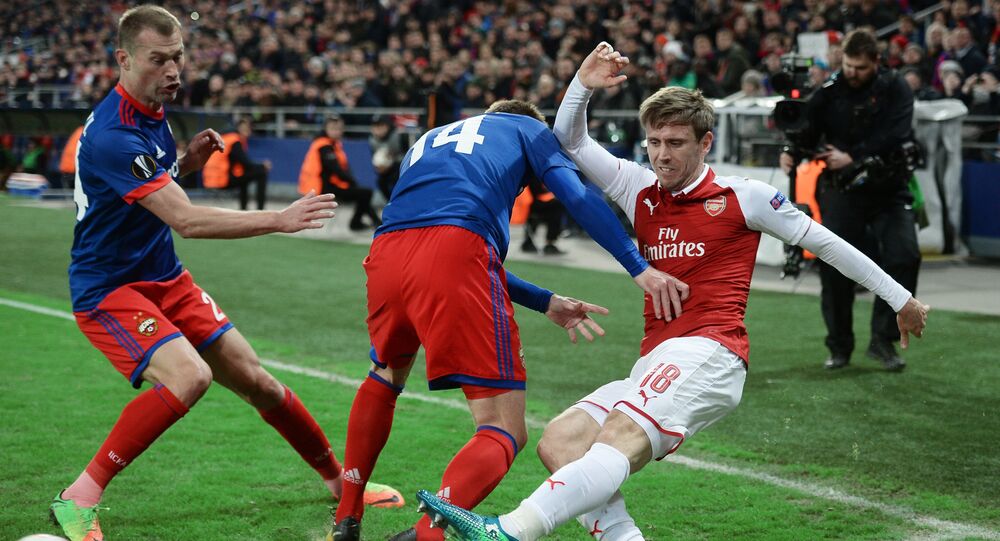 The UK tabloids tried to scare British fans away from Moscow with hooligans and provocations when Arsenal played against the local CSKA club. The Arsenal folks came and seemed to enjoy a warm welcome instead.

Soccer fans who came to Moscow to support London’s Arsenal at the match against the Russian team CSKA gave delighted feedback after the game. Not only has their team made it to the semi-final of the Europa League, capturing a 2:2 draw, but Russia welcomed them very warmly.

'@Arsenal fans who visited Moscow for a Europa League ¼ final match between the Gunners and Russia's CSKA (2:2 draw) received free Russian fur hats as a warm ‘Gentlefan’ welcome ahead of the 2018 #WorldCup pic.twitter.com/9HOygvzYG6

Every single Arsenal fan who went to Russia saying they'd 100% go back, that everyone they met was lovely & the place was stunning. What does that say about what we're getting force fed by the media every day?

When England travel to Russia in tie World Cup it’ll be our fans that will start the trouble.
The Arsenal fans travelled to Moscow last night and there was no trouble whatsoever.
The Russians are prepared though because they know deep down that there will be trouble…

​The club seemed to enjoy the visit, too.

​This dispelled the reports in the UK press, which warned their soccer-loving compatriots about possible violent attacks of Russian hooligans, who could try to provoke aggression. The Daily Express claimed that Russian ultras can use the Arsenal-CSKA game as a test run for battles at FIFA World Cup 2018, which is to take place in Russia this summer. Meanwhile, the Daily Mail cited Russian Football Union official Vladimir Markin, who said that the fans who “look for 'adventures' in Russia, might find them.”

Some media even decided to provide extra-security for their staffers. According to the reports of the Russian Sports outlet Championat.com, the BBC even hired a private security guard for the media center at the stadium. However, his services were not needed.

Although the CSKA’s VEB Arena attracted a record-breaking crowd of 29,284 fans, no incidents have been reported.