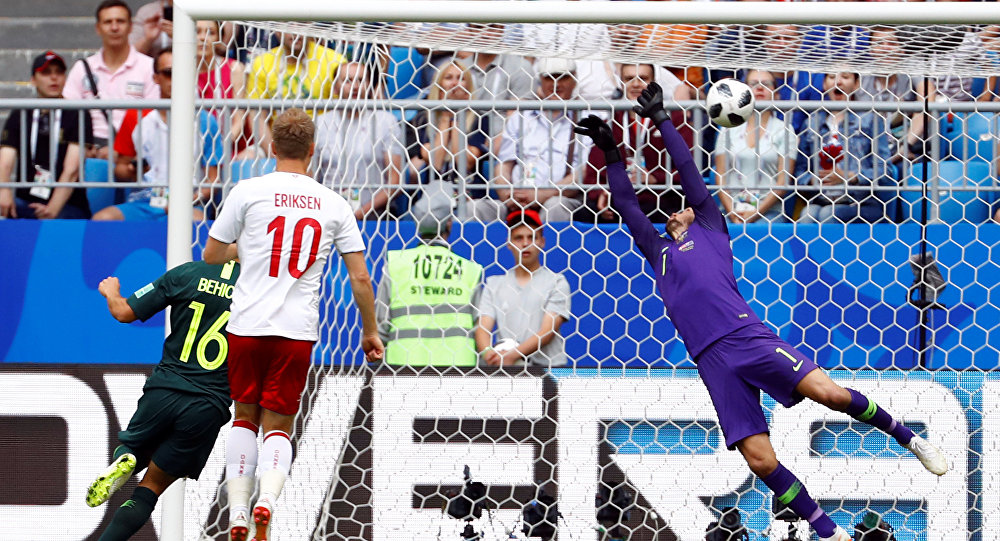 The game between Denmark and Australia began in the 42,000-seater Samara Arena at 15:00 Moscow time (12:00 GMT) on Thursday. Previously, Denmark defeated Peru 1-0, while Australia’s team lost 2-1 against France in the countries’ respective opening matches of the 2018 World.

The teams started the match with strong pressure, with the game quickly escalating as the first goal was scored in the 7th minute by Danish player Christian Eriksen.

Australian captain Mile Jedinak has made a goal, evening the score, after a handball penalty was awarded in 37th minute.

In the 73rd minute Australian player Andrew Nabbout injured his shoulder and was replaced with Tomi Juric and soon after, in the 82nd minute, Tom Rogic also left the field, letting Jackson Irvine in.

The game ended in a tie, 1-1, with the new video assistant referee (VAR) system proving its importance, as a decisive penalty was awarded because of it. According to the statistics, over 41,000 Fans attended the match in Samara.

The 26-year-old Christian Eriksen was named the man of the match after he scored Denmark's only goal.

© Sputnik / Vitaly Timkiv
FIFA World Cup's Millionth Fan to Attend Denmark-Australia Match - Deputy PM
It remains unclear which teams will advance from group C, as Denmark has a difficult game with France ahead. After two matches, Denmark has 4 points and Australia just 1, as it had previously lost to the French team; but it still has a chance to enter the knockout stage.