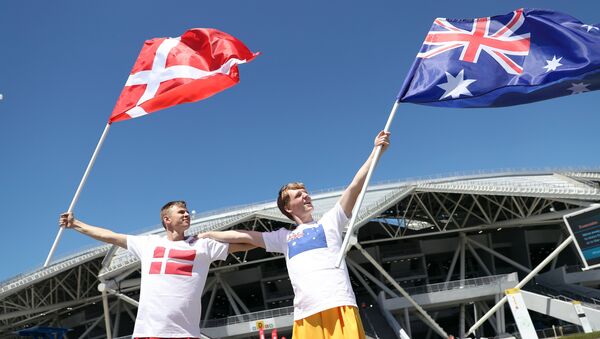 'One of the Best World Cups Ever' - FIFA Secretary General on Event in Russia
The game between Denmark and Australia will be played at the 42,000-seater Samara Arena at 15:00 Moscow time (18:00 GMT) on Thursday. Previously, Denmark defeated Peru 1-0 while Australia team lost 2-1 to France in their opening World Cup matches.