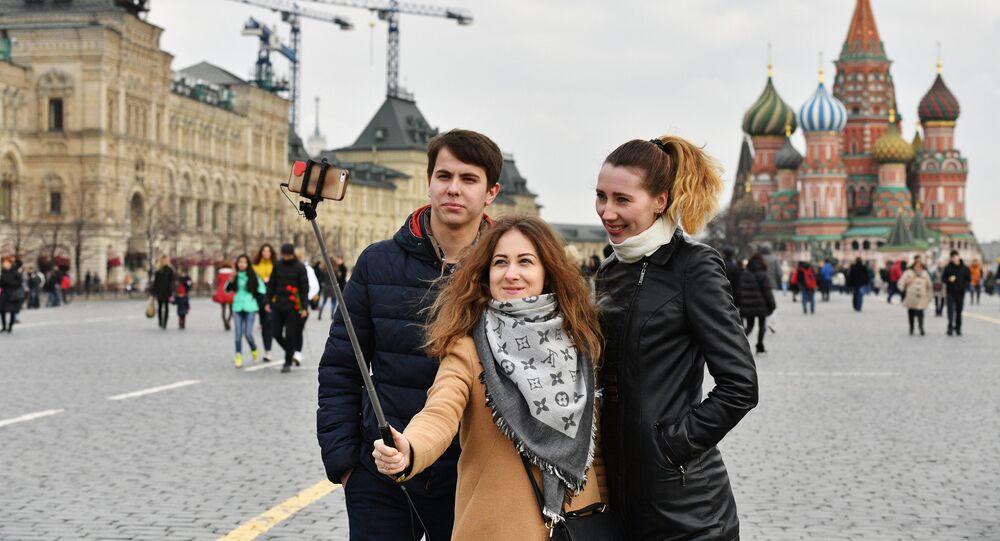 Russia-UK relations have soured to a great extent since the poisoning of Russian former spy Sergei Skripal and his daughter, as well as the subsequent expulsion of diplomats by both countries.

Amid the tension, British media and the UK Foreign Office have advised tourists heading for the 2018 World Cup due to be held in Russia this summer over what they say are unusual Russian laws.

UK’s authorities have issued a warning about the general "hostility" due to the recent international scandal, which immediately prompted several media outlets to publish some tips for foreigners and outline the laws whose violation might lead to fines or even imprisonment.

Nevertheless, some of the British media contemplations seem to be not quite true.

Always Carry Passport With You

The Sunday Express wrote, citing a warning by The Foreign and Commonwealth Office: "Despite it feeling safer to keep the travel document in the hotel or accommodation, in Russia it must be kept on a foreign person’s body at all times."

This is true: foreign tourists heading to Russia for the major football event may enter the country without a visa, but they are obliged to always have an ID and a fan’s passport on them, otherwise they can be fined or even deported. Even Russian citizens are advised to carry passports, or their notarized copies, not to face problems.

This is true only in part. One can take pictures almost everywhere in airport buildings, though if you are going to do it using a professional camera, you will need to have formal permission. The restrictions apply only to the so-called "controlled airport zone," which one can enter only if they have a pass.

In a nutshell, no one is allowed to capture military objects and personnel on camera. Photographing in a court of law is also prohibited without the judge’s permission, as is photographing prisoners without their permission. The rule applies to any territory that requires an entrance pass.

In 2010, the Federal Protective Service (FSO), which guards the Kremlin, issued permission for tourists to take pictures and videos on Moscow’s Red Square, in the Alexander Gardens and the adjacent territories.

© CC0
A young woman walking on the Red Square in Moscow

"Anyone using drones without direct approval from Russian airspace at least 24 hours before using one could face a huge fine," The Express wrote.

The statement is not true. If you are willing to use one to get a fantastic panoramic view of Russia, go ahead. According to the rules overseeing drone use, only Russian devices should be registered. Flying drones near the Kremlin is banned, but this is just an exception.

"Banned activities are vague but could see tourists being arrested or deported. Whilst homosexuality isn’t illegal in the country, many locals still harbour intolerance against those who portray non-heterosexual relations and public displays of affection."

So, according to the Russian Administrative Violations Code, "banned activities," namely propaganda, are solely those that are conducted vis-à-vis kids. Perpetrators may be fined for as much as 100,000 rubles (about $1,800) and foreigners may even face deportation.

"A rather bizarre rule that came into place in 2014 was the prohibition of selling lace underwear," The Express reported.

This is really true. Since July 1, 2014, it has been prohibited in Russia and Customs Union countries at large to manufacture and sell synthetic lace underwear. The fabric it is made of must contain at least 6 percent cotton. However controversial, the regulation does not have much to do with foreigners arriving in Russia for the World Cup, or does it?

Get Your Car Washed!

The regulation really applies in Russian everyday life. One’s license plate should be readable from 20 meters away; otherwise drivers may face a 500-ruble fine.