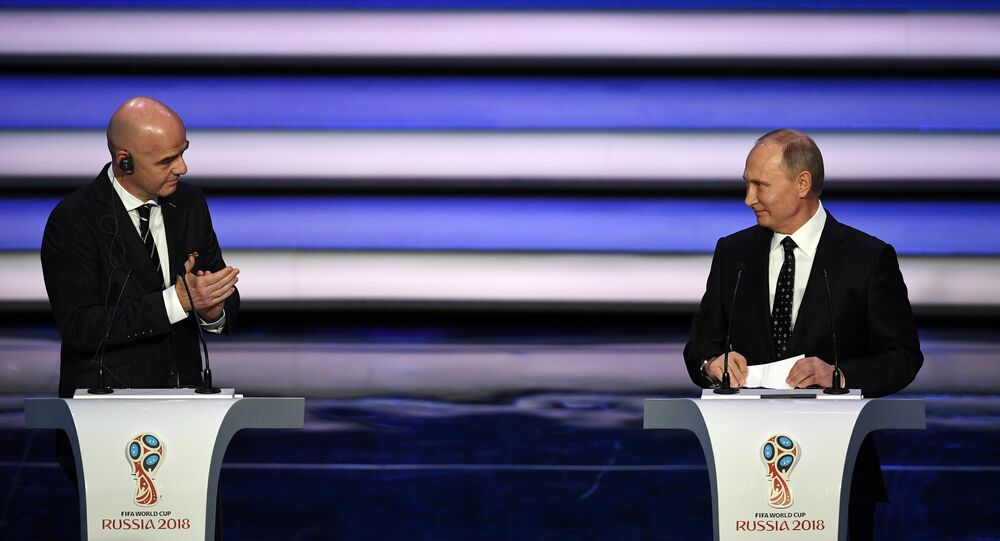 MOSCOW (Sputnik) - The Russian government has approved a bill that allows foreign nationals to enter Russia without a visa, using a personalized spectator card for the upcoming 2018 FIFA World Cup, the official statement read on Wednesday.

The bill also proposes to provide a free pass on railway transport for the accredited representatives of mass media on the basis of an identity document and accreditation card, according to the statement.

Following the cabinet’s approval, the bill will be submitted to the Russian lower house.

On December 1, the Final Draw for the 2018 FIFA World Cup took place in the concert hall at the Kremlin State Palace in Moscow. The event was hosted by England's football legend Gary Lineker and Russian journalist Maria Komandnaya and attended by the Russian president and a number of world-renowned football players, including Didier Drogba, Aleksandr Kerzhakov, Pele, Ronaldinho, Ronaldo and Peter Schmeichel.

During the event, 32 national teams were drawn into eight groups of four.

The matches will be held in Moscow, St. Petersburg, Kaliningrad, Volgograd, Kazan, Nizhny Novgorod, Samara, Saransk, Rostov-on-Don, Yekaterinburg and Sochi. The opening match between the national teams of Russia and Saudi Arabia will take place on June 14 at Luzhniki stadium in Moscow.