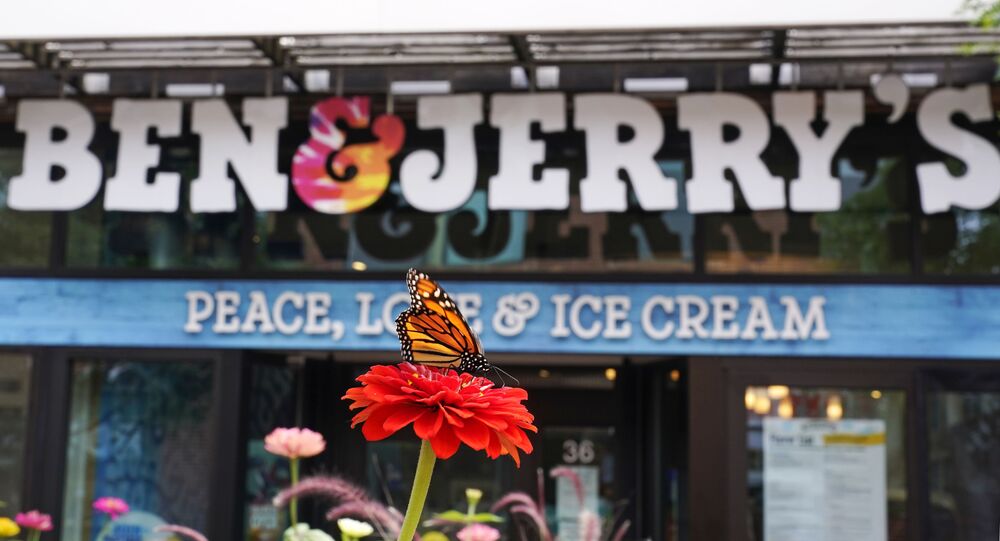 UNITED NATIONS (Sputnik) - Israeli Permanent Representative to the United Nations Gilad Erdan announced he had sent a letter to the governors of 35 US states, asking them to take measures against the US ice cream company Ben & Jerry's for discontinuing sales in the West Bank and East Jerusalem.

Ben & Jerry's, a subsidiary of Unilever Plc, announced on Monday it would no longer sell ice cream in the occupied Palestine territories because it would be inconsistent with the company's values. Israeli Prime Minister Naftali Bennett denounced the decision as "morally wrong," stating that the company has branded itself "anti-Israel ice cream."

"In coordination [with Israeli Foreign Minister Yair Lapid], I sent a letter to 35 Governors of US states that have legislation against the Boycott, Divestment, and Sanctions movement targeting Israel. I urged them to act against @benandjerrys decision to not sell its products in the eastern part of Jerusalem and Judea & Samaria. We will make clear to Ben & Jerry’s that its antisemitic decision will have consequences," he tweeted.

In coordination w/ @yairlapid, I sent a letter to 35 Governors of US states that have legislation against the Boycott, Divestment, and Sanctions movement targeting Israel. 1/2 pic.twitter.com/tGW720oRZL

In the letter, sent on Monday, the Israeli ambassador asked the governors to consider taking measures to protest the ice cream company's move, "including in relation to ... [their] state laws and the commercial dealings between Ben & Jerry's and ..[their] state."

The UN considers West Bank and East Jerusalem to be occupied by Israel. Palestine's desire to return control over these territories is one of the key issues in its long-standing conflict with Israel. Both Israel and Palestine lay claim to Jerusalem as their capital.

Ex-Envoy: Bennett to Stress Israel's Hard Line on Iran in DC, Even if It's Not to Biden's Liking