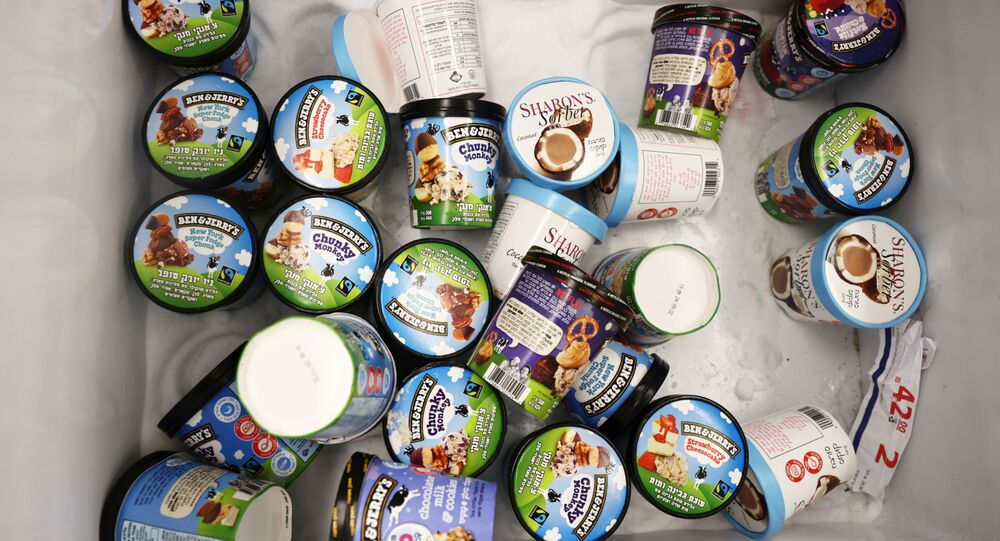 World-famous ice cream manufacturer Ben & Jerry’s announced on Monday that it will stop selling its products in Palestinian territories that it considers to be under Israeli occupation by the end of next year. The announcement left the Israeli leadership fuming.

Israeli Prime Minister Naftali Bennett warned Unilever Plc, the owner of Ben & Jerry’s ice cream, of “severe consequences” for its decision to stop selling products in what the Anglo-Dutch conglomerate believes to be the "Occupied Palestinian Territory” that comprises parts of the West Bank and Gaza.

Ben & Jerry’s announced on Monday that it would not renew its agreement that expires at the end of 2022 with the local licensee in the territories because of “concerns shared with us by our fans and trusted partners".

Prime Minister Bennet called the move a “morally wrong decision”. On Tuesday, his office announced that he had spoken with Unilever's chief executive Alan Jope about this “glaring anti-Israel measure” and warned the company about the repercussions of its move.

“From Israel’s standpoint, this action has severe consequences, legal and otherwise, and it will act vigorously against any boycott measure targeting civilians,” Bennet apparently told Jope, according to the statement.

Israeli Minister of Foreign Affairs, Yair Lapid, said on Monday that Ben & Jerry’s decision to cease ice cream sales was a “shameful surrender to anti-Semitism, to BDS [the boycott, divestment and sanctions campaign], and to all that is wrong with the anti-Israel and anti-Jewish discourse.”

Israel “will not be silent”, he said via Twitter.

Ben & Jerry’s - which was founded in the US in the Seventies by two Jewish friends, Ben Cohen and Jerry Greenfield before it was bought by Unilever in 2000 - insisted in the statement that despite retreating from the OPT, it will continue selling its ice cream and frozen yogurt products in Israel “through a different arrangement”.