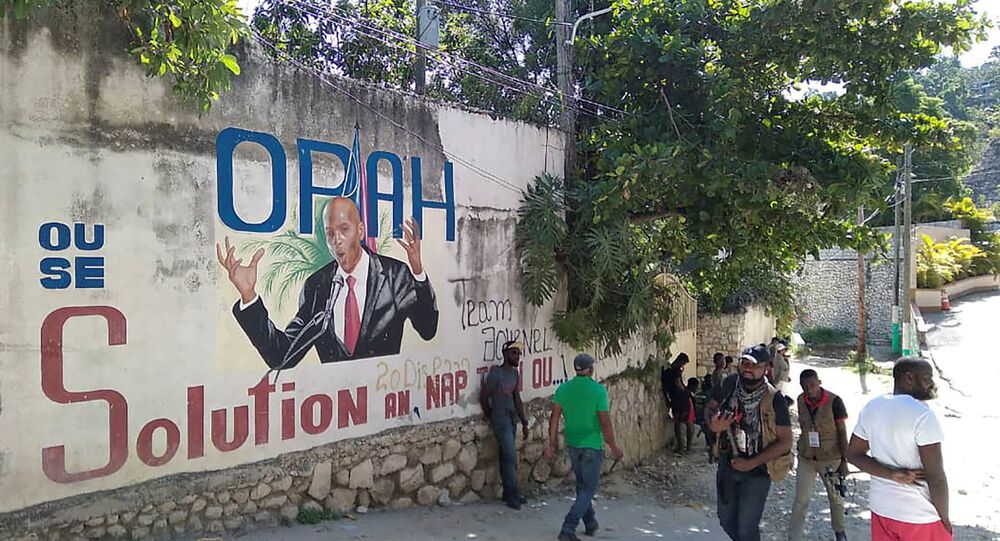 Earlier, police in Haiti identified a person they believe to be behind the attack on the house of the Haitian president that resulted in his killing. The suspect purportedly arrived in the country accompanied by mercenaries who later raided the president's house.

Friends of Christian Emmanuel Sanon, reportedly a doctor and a pastor, said he could not have plotted an assassination of the country's president, Jovenel Moïse. Sanon, who, since 2011, has openly expressed a willingness to rule the country, arrived on the island with a mission to "save Haiti from hell" via religion, one of his associates from Florida anonymously detailed in an interview with the AP. The associate declared that the purported evangelist pastor would never take part in a plot to kill the leader of Haiti.

"I guarantee you that. This was supposed to be a mission to save Haiti from hell, with support from the US government. [He] is completely gullible. He thinks God is going to save everything", the AP source said about the Florida man.

Haiti’s National Police, however, have a different working theory. According to its chief, Léon Charles, Sanon arrived in Haiti accompanied by a group of mercenaries from a security firm, who were originally ordered to protect his persona. Later, their orders changed to infiltrating Moïse's residence and murdering the president, Charles claims. The police chief added that one of the mercenaries later called Sanon and the latter in turn called two masterminds behind the assassination plot. Police did not give the names of the so-called masterminds.

The associate asked by the AP, however, claims that Sanon called them and told the associate that his guards had disappeared and were not reachable.

"I’m all by myself. Who are these people? I don’t know what they are doing", the associate quoted Sanon as saying in the interview with the AP.

Another friend of Sanon, reportedly a colleague from Florida, Reverend Larry Caldwell, argued that the man was incapable of plotting any brutal crime. Caldwell, who helped Sanon set up hospitals and churches in Haiti between 2000 and 2010, stressed that such actions would simply contradict his religious beliefs.

"You take a man like that and you’re then going to say he participated in a brutal crime of murder, knowing that being associated with that would send him to the pits of hell?" Caldwell said.

Moïse was killed last week in his home. His wife was injured in the attack, but has survived. No one from the president's security was hurt in the assault carried out by a team consisting mostly of Colombian mercenaries posing as US DEA agents. Haitian authorities later caught up with some of the attackers, killing an unknown number and arresting the rest. Police continue the investigation into the matter, but have not yet come up with names for the masterminds, apart from Sanon.

US Reviewing Request to Send Troops to Haiti, Has Not Ruled Out Idea, White House Says

Unclear to US What Haiti's Future Political Leadership Will Look Like, White House Says