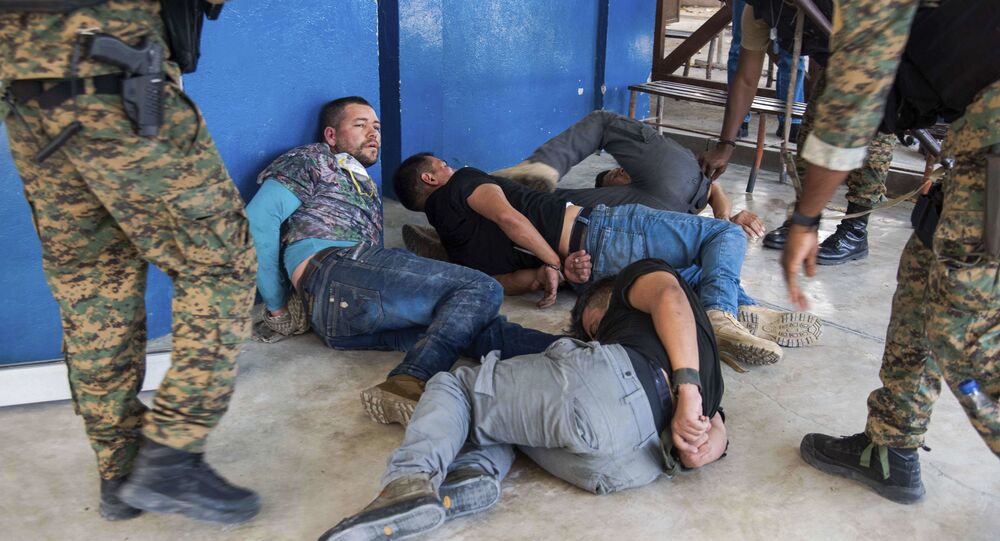 US Reviewing Request to Send Troops to Haiti, Has Not Ruled Out Idea, White House Says

WASHINGTON (Sputnik) - The United States has not yet decided whether to send military troops to Haiti after receiving a request from the country for such assistance, White House Press Secretary Jen Psaki told reporters on 12 July.

“That's correct… It's still under review,” Psaki said during a press briefing, adding that the proposal has not been ruled out.

Psaki earlier said that the US government has received a request for additional assistance in the investigation into the assassination of President Jovenel Moise.

© REUTERS / RICARDO ARDUENGO
Haitian Police Arrest Florida Doctor, One of Suspected Masterminds Behind Moise’s Assassination
The Haitian government’s request for US assistance in protecting infrastructure after the assassination of President Jovenel Moise entailed only a limited number of troops, Elections Minister Mathias Pierre told CNN on 10 July. A senior US administration official told Reuters on Friday that the United States has no plans to provide military assistance to Haiti "at this time." According to Reuters, Haiti has also asked the United Nations to send troops to help protect key infrastructure following Moise's assassination.

The Caribbean nation’s President was gunned down at his residence outside Port-au-Prince on 7 July by a team of heavily-armed international assassins. His wife, first lady Martine Moise, who suffered three bullet wounds during the attack, was airlifted to a hospital in Florida in critical condition.

19 suspects – 17 Colombian nationals and two American citizens of Haitian descent – have been arrested in the wake of the killing. The two arrested Americans, identified by the authorities as James Solages, 35, and Joseph Vincent, 55, have denied being mercenaries.