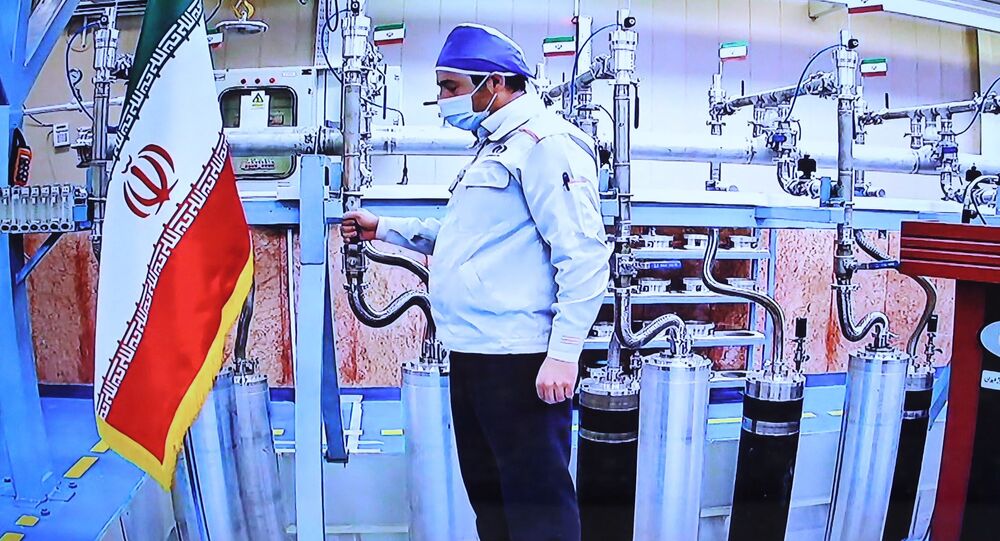 In April 2018, then-Israeli Prime Minister Benjamin Netanyahu made public documents allegedly showing that Iran had sought to obtain a nuclear weapon, something the Islamic Republic denies.

Former Mossad official Sima Shine said on Tuesday that a debate is underway to determine whether it was relevant to disclose to the world the Israeli intelligence agency’s seizure of Iran’s secret nuclear archive back in 2018.

“Was there a need to publicise it? Maybe we could have held onto the information and revealed it a little bit at a time, drawn out over several years”, she noted.

Shine argued that if Mossad had only quietly shared the intelligence with counterparts like the Central Intelligence Agency (CIA), MI6, and International Atomic Energy Agency (IAEA) inspectors, “the Iranians would not have known how much we took from them”.

At the same time, she admitted that “the political class wanted to reveal [details of Iran’s nuclear programme] in order to help [the US] get out of the [2015 Iran nuclear] deal”, also known as the Joint Comprehensive Plan of Action (JCPOA).

US’ Unilateral Exit From Iran Deal

On 8 May 2018, then-US President Donald Trump announced Washington's unilateral withdrawal from the Iran deal and began re-imposing sanctions on Iran, which retaliated by starting to gradually abandon its own JCPOA commitments exactly a year later.

In 2015, Tehran signed the Iran deal with the P5+1 group of countries, including Russia, the US, the UK, China, and France, plus Germany. The agreement required Iran to scale back its nuclear programme and downgrade its uranium reserves in exchange for sanctions relief.

The Biden administration has repeatedly signalled its readiness to re-enter the JCPOA, adding that it is Iran that should be the first to return to compliance with the agreement. The Islamic Republic insists that the ball is in the US’ court and that Washington should first scrap its anti-Iranian sanctions.

As for Shine’s remarks, they come after Momeen Rezaei, an adviser to Iran’s Supreme Leader Ayatollah Ali Khamenei, said in mid-April that Israel had managed to steal the Islamic Republic’s nuclear archive, in what apparently became the first public admission by an Iranian official related to the 2018 Mossad operation.

“[…] The country has been widely exposed to security violations, and the example is that in less than a year, three security incidents have occurred: two explosions and one assassination. […] Before this, documents from our entire nuclear [archive] have been stolen, and before that, a few suspicious drones came and did some work”, Rezaei said at the time.

He was referring to the two blasts at the Natanz nuclear site earlier this year as well as the assassination of Iranian nuclear physicist Mohsen Fakhrizadeh in 2020, which Tehran claimed was Israel’s work.

The developments came a few years after then-Israeli Prime Minister Benjamin Netanyahu praised Mossad’s operation to seize Iran’s huge nuclear archive, in a speech made against a background of shelves packed with binders, dozens of compact discs, and a safe.

“A few weeks ago, in a great intelligence achievement, Israel obtained half a ton of the material inside these vaults. And here’s what we got. 55,000 pages. Another 55,000 files on 183 CDs. Everything you’re about to see is an exact copy of the original Iranian material”, Netanyahu said in April 2018.

© REUTERS / POOL
Netanyahu Vows ‘Not to Allow a Nuclear Iran,’ Even at Cost of Israel’s ‘Friction With US'
He spoke as his office said in a statement that “revealing the nuclear archive gave Israel enormous strategic advantages and was noted by [then-US President Donald] Trump when he withdrew from the nuclear agreement and declared sanctions on Iran”.

The US and its allies, including Israel, have consistently accused Iran of trying to develop a nuclear bomb, with Tehran insisting that its nuclear programme is purely peaceful.