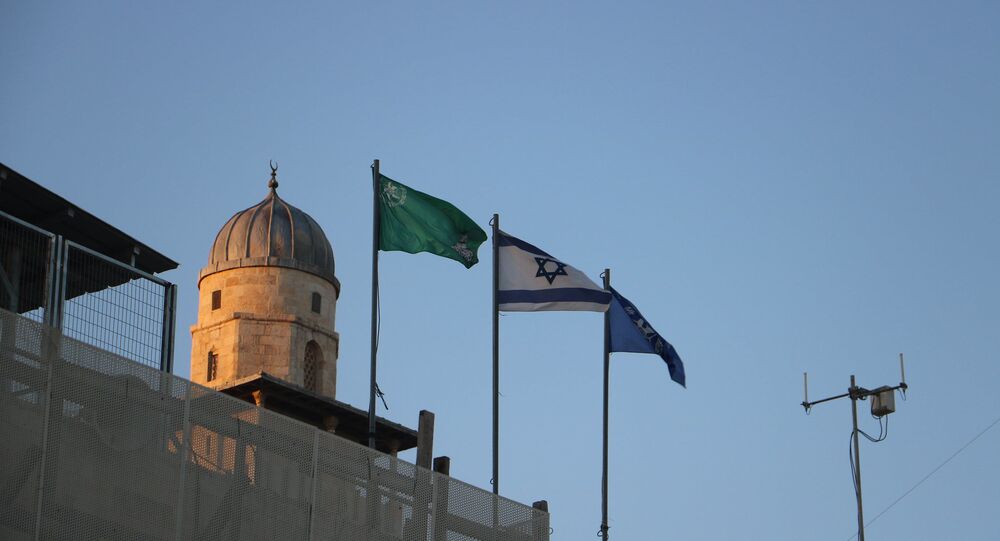 The Iran nuclear deal, also known as the 2015 Joint Comprehensive Plan of Action (JCPOA), could be restored as talks between the parties to the treaty continue in Vienna. Tel Aviv has opposed the treaty from the outset, seeking another format to more widely restrict Iran's non-weapon nuclear activity.

An Israeli delegation expected to arrive in the US next week to participate in strategic talks on Iran is instructed to deliver an objection from Tel Aviv regarding the revival of the JCPOA and refuse to negotiate its substance, Axios reported on Thursday, citing Israeli officials.

The guidelines were discussed in a meeting reportedly held on Thursday between the Israeli prime minister; Minister of Defense Benny Gantz; Foreign Minister Gabi Ashkenazi, and others who will travel to Washington DC. The Tel Aviv delegation is expected to include Israel's national security adviser, Meir Ben-Shabbat; Israel Defense Forces Chief of Staff Gen. Aviv Kochavi; military intelligence chief Tamir Hayman, and the director of the Mossad, Yossi Cohen.

During the meeting, Netanyahu repeated his position over the nuclear agreement, suggesting that its resumption - that implies lifting the sanctions reimposed on Tehran when the Trump administration unilaterally withdrew from the treaty in 2018 - would put Israel in danger.

Netanyahu also reiterated that Tel Aviv would not agree with the treaty's terms as the country is not a party to the deal, further adding that Israel would act only in its own national security interests.

Earlier, speaking at a Holocaust Remembrance Day memorial commemoration, Netanyahu declared that the revival of the JCPOA threatens Israel “with annihilation” claiming that the nuclear agreement in its original form "is worthless".

"I say to our closest friends too: a deal with Iran that threatens us with annihilation will not obligate us,” he stated.

EU foreign policy chief Josep Borrell on Tuesday noted that ‘important progress” had been achieved during negotiations in Vienna, begun on 6 April to restore the JCPOA by bringing the US back to the table.

1/3 Important progress made in Vienna over the last two weeks to bring the #JCPOA back on track. Not an easy task, but all delegations worked hard and are determined to finding solutions. https://t.co/Er0zk1QZun

US State Department spokesman Ned Price said on Tuesday that negotiations have been positive, but a long road remains ahead.

Israel has long opposed the JCPOA, claiming that Tehran is seeking to obtain a nuclear bomb and so presents a threat to the country, region and the whole world. Iran has constanly denied those allegations. Since the possibility of the treaty's resumption appeared, Tel Aviv has reportedly claimed that any deal must include more restrictions.

The JCPOA, signed in 2015 to restrict Tehran's nuclear program in exchange for the removal of sanctions, was abandoned in 2018 by the Trump White House, which reimposed harsh economic sanctions on the Islamic republic, and began a so-called "maximum pressure" campaign.

Beginning in 2019, Iran announced a gradual departure from the obligations of the treaty. At the same time, Tehran has consistently denied allegations that it seeks to obtain nuclear weapons, stressing that all JCPOA violations are reversible if Washington lifts its sanctions and returns to the agreement.