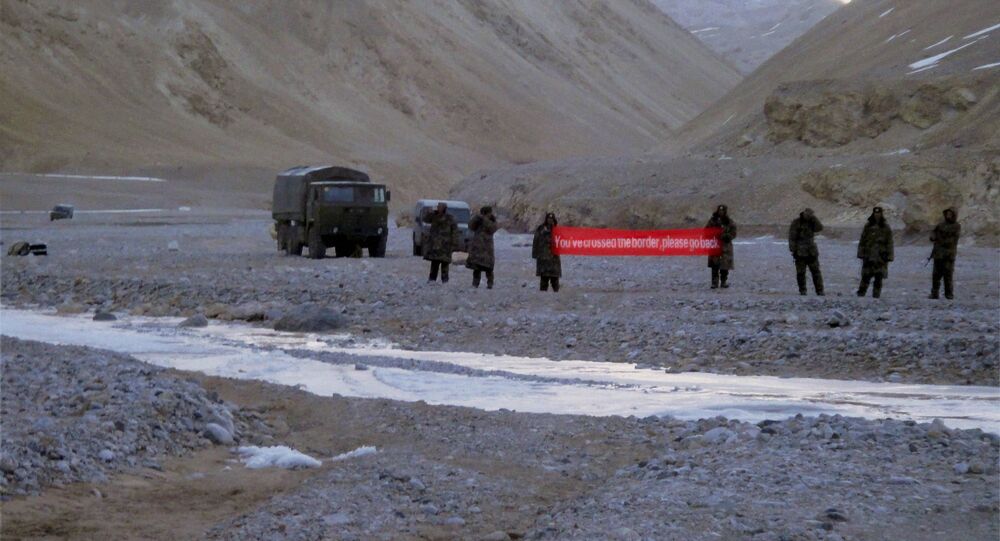 An unprecedented clash between Chinese and Indian troops along the Line of Actual Control in the Galwan Valley ended with dozens dead on 15-16 June last year. After a brief success on de-escalating tensions in February 2021, the two sides have been amassing military assets near the border as disengagement talks have been stalled since April.

China’s military deployment along the Line of Actual Control and uncertainty over whether Beijing will live up to its promise to reduce troops remain among major issues in relations between the two countries, India’s Foreign Minister Subrahmanyam Jaishankar stated at the Qatar Economic Forum.

The minister said that the “close up deployments still continue, especially in Ladakh”.

“The issue there is whether China will live up to the written commitments which are made about both countries not deploying a large armed force at the border. And the larger issue really, whether we can build this relationship on the basis of mutual sensitivity, mutual respect and mutual interest,” Jaishankar said.

The minister, however, delinked the Quad, an informal alliance comprising Australia, India, Japan, and the US, from the ongoing border stand-off in Ladakh.

© REUTERS / Indian Army
A handout photo released by Indian Army on February 16, 2021 shows the disengagement process between Indian Army and China's People's Liberation Army from a contested area in the western Himalayas, in Ladakh region.

China considers the Quad to be a US-led grouping meant to counter its growing influence in the region. At the height of the stand-off Washington offered to mediate the conflict, but the concerned sides rejected third party involvement.

Meanwhile, Indian intelligence inputs suggest that at least 60,000 additional Indian troops have been deployed in the contested Ladakh region as the defence establishment fears an escalation from the Chinese side in near future.

Besides the expansion of pre-existing air bases in Tibet, Xinjiang region, unverified satellite imagery by private agencies shows works are being carried out at a fast pace by China to build new runways at Tingri and Damxung, opposite India’s Sikkim and Arunachal Pradesh.

Continued research of PLA developments in #Tibet, #China uncover another suspected underground facility (UGF) under construction since 2019, the unit is located near a large military logistics hub & is south of an existing UGF in Shannan pic.twitter.com/ydskdZ8zNj

The 11th round of talks between military commanders on 9 April ended inconclusively after India refused to withdraw troops from friction points along the LAC in Eastern Ladakh until the Chinese army “disengaged” from areas including Gogra, Hot Springs and the Depsang plains. The two sides have been accusing each other of trespassing the mutually agreed Line of Actual Control in Ladakh region and urging each other to restore the peace and tranquillity along the border.