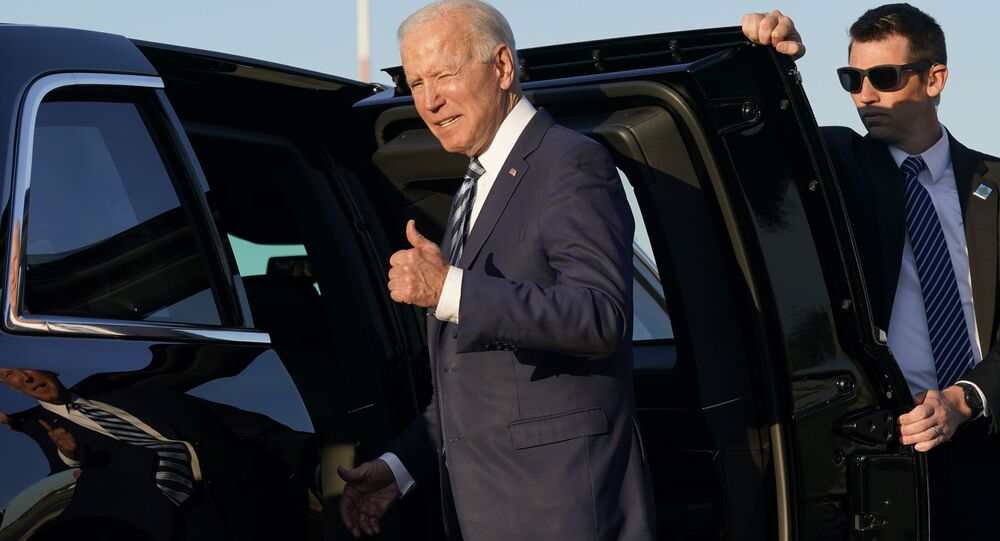 Biden Welcomes End to 16-Year Airbus-Boeing War, as EU and US Agree to 'Counter' China

The US and EU have been at loggerheads over Washington's 2004 claims that Airbus received subsidised government loans from the bloc. Brussels responded to the accusations by saying that the US had in turn subsidised tax incentives for its airplane-manufacturer Boeing.

The United States and European Union have agreed to end a 16-year trade dispute over the production of Boeing and Airbus, a US trade representative, Katherine Tai, told the media on Tuesday.

According to the reached agreement, the US and EU will suspend trade tariffs linked to the dispute for five years, but the possibility of their reintroduction will remain, Tai explained.

"These tariffs will remain suspended so long as EU support for Airbus is consistent with the terms of this agreement," she announced.

According to Tai, the agreement "marks significant progress towards achieving a long-term solution to this 16-year dispute."

The partners also agreed to "counter" China in the aviation industry, the official added.

"We are finally coming together against a common threat. We agreed to work together to challenge and counter China’s non-market practices in this sector in specific ways that reflect our standards for fair competition. This includes collaboration on inward and outbound investment and technology transfer," the official maintained.

US President Joe Biden welcomed the news, calling it a "major breakthrough."

"Significantly, we also agreed to work together to challenge and counter China’s non-market practices in this sector that give China's companies an unfair advantage," the US president added.

"This really opens a new chapter in our relationship because we move from litigation to cooperation on aircraft," she said ahead of a summit with President Biden.

"Anything that levels the playing field in this highly competitive industry and avoids this terrible lose-lose proposition of tariffs (is) good,” Scherer said.

The announcement comes as US President Joe Biden meets with EU leaders in Brussels during his first transatlantic trip as head of state. On Wednesday, he is expected to head to Geneva for a meeting with Russian President Vladimir Putin.

In 2004, the United States filed a WTO dispute settlement case against the EU, accusing the union of providing the European aerospace giant Airbus with subsidies through government loans. Brussels said in response that the US also resorted to unfair trade practices and broke the World Trade Organisation's rules by giving unauthorised government support to Boeing.

The WTO launched an investigation into the allegations from both sides in 2005, with the disagreement reaching its peak in 2019, when the organisation ruled that the EU subsidies to Airbus were illegal. The WTO gave the US permission to impose duties on its trade partner in response to lost profits.

In October 2019, the dispute saw the Trump administration impose custom tariffs on $7.5 bln worth of goods from the EU. The row particularly targeted French, German, and Spanish wine producers, as well as Dutch and Italian cheese makers. The EU promised to retaliate.

A year later the WTO gave the EU the go-ahead to raise tariffs on up to $4 billion worth of imports from the US, while ruling that Washington also provided illegal subsidies to Boeing. In November 2020, Brussels effectively slapped its partner with tariffs that were deemed by Washington as "unfair."

In January 2021, France’s Foreign Minister Jean-Yves Le Drian called for a “pause” in the trade dispute, saying the situation was “poisonous."