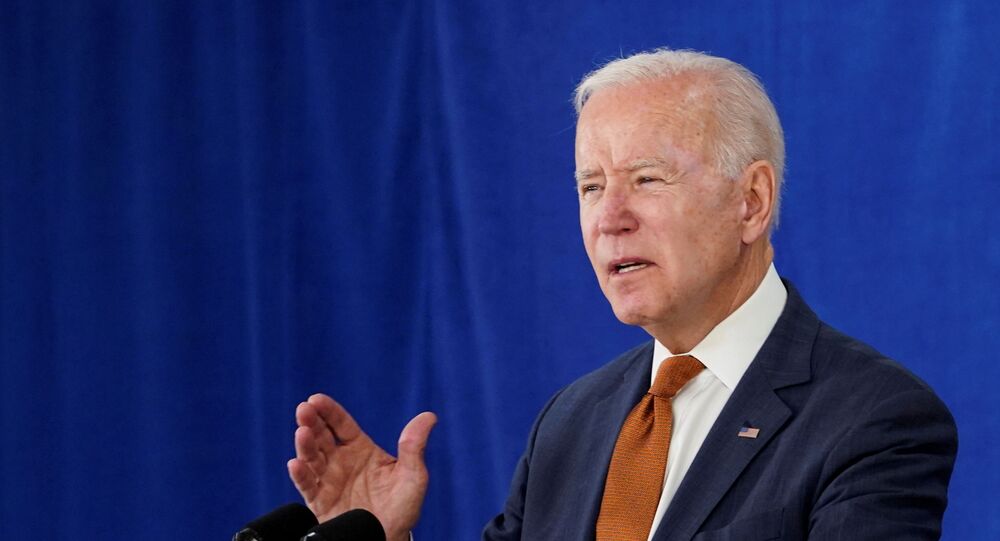 Trade tensions between the United States and the 27-nation European Union bloc, which spiraled in 2018 under then-president Donald Trump's tariffs strategy, were also fueled by a long-term subsidy row over the US' Boeing and the EU's Airbus aircraft makers.

As Joe Biden attends the EU-US summit in Brussels on Tuesday, negotiators for the sides have been seeking a breakthrough in the 17-year Airbus-Boeing dispute, reported Politico.

President of the European Commission Ursula von der Leyen was cited by Reuters as saying she was "very positive" Brussels and Washington would resolve the aircraft subsidies issue.

"I am very positive that we will find an agreement on the Airbus-Boeing issue today in conversation with our American friends," von der Leyen told a news conference ahead of the event.

Von der Leyen and European Council Charles Michel are hosting the US President for a summit set to focus on the fight against the COVID-19 pandemic, climate change, trade and regulatory policies, as well as a host of foreign policy issues.

An earlier joint statement by EEAS Secretary-General Stefano Sannino and US Deputy Secretary of State Wendy Sherman called the upcoming summit “an important step in the revitalized transatlantic partnership”.

To facilitate this, negotiators have reportedly been in search of a solution to the 17-year row over subsidies paid to plane makers Airbus and Boeing, which has been stalemated for years.

As the European Commission has been pushing for a deal, it is still unclear whether France, Germany and Spain are prepared to back the accord. Major differences reportedly remain over what kind of subsidies should be allowed for airplane makers, Politico cited sources as saying on Monday.

“The talks are constructive … but it is unlikely that we will have a deal before July 11,” said Bernd Lange, chair of the European Parliament’s trade committee.

EU top trade civil servant Sabine Weyand was cited as deploring lack of commitment from the US towards resolving the standoff, underscoring that Washington demanded more transparency on European Union subsidies, while refusing to reciprocate.

Despite the fact that the 11 July deadline can be extended, an EU diplomat was quoted as dismissing the potential move as mere “kicking the can down the road.” With Washington hoping to recruit the EU as an ally against China, the summit in Brussels was cited by Politico as an opportunity to rebuild trust.

We will set a strategic partnership on raw materials.

We Europeans want to diversify our imports away from producers like China.

Airbus Chairman René Obermann in an interview for Handelsblatt on Monday warned of a prospective Chinese push into the civil aircraft market.

“Aviation is increasingly influenced by digital technologies and the entry of new competitors into the market. A new, important one comes from China… If we want to defend our world market leadership in aviation ten or 15 years from now, we have to make every possible effort to achieve efficiency and innovation,” he said.

When asked at a press conference on Sunday what he would do about the EU tariffs, the U.S. president made a reference to how many days he has been in office, and said:

“A hundred-twenty days. Give me a break. I need time.”

Citing a ‘threat to national security’ inline with Section 232 me, he imposed a 10% trade penalty on aluminium and a 25% penalty on steel imported from the EU. The move was similar to the tariffs imposed on China as part of Trump’s touted goal of saving American jobs by protecting US industries from foreign competition, which he slammed as "unfair."

The European bloc retaliated with 25% tariffs on US motorcycles and other items, including whisky.
Further exacerbating the tensions was the protracted subsidy row over the US' Boeing and the EU's Airbus aircraft makers.

The dispute dates back to 2004 when Washington called out the EU over subsidies given to Airbus in violation of WTO rules. The EU in response accused the US of providing state aid packages to Boeing. Brussels went as far as to file complaints with the WTO.

As early as December 2020, EU officials reached out to US President-elect Joe Biden calling for a change in trade policy between the US and the 27-member bloc.

The decision by Washington and Brussels to resolve all outstanding trade disputes before the end of the year comes after the European Union decided in May to waive automatic increases in tariffs on some US-made goods.

© AP Photo / Nick Ut
File-In this Wednesday, May 21,2008 file photo, the company logo for The Boeing Co., is displayed in El Segundo, Calif. Boeing Co. say it's cutting 1,100 jobs from its U.S. plants, most of them in Southern California, as it scales back production of its C-17 cargo planes.

Earlier in the month, the US and EU were reported by Bloomberg News as having committed to end their trade disputes and remove tariffs on aluminum and steel before the end of 2021. The outlet cited a document about the upcoming 15 June EU summit that Biden was slated to attend as urging a reset of EU-US.

Topics set to be resolved included the dispute over state support for aircraft maker Airbus by the governments of Spain, France, Italy, and the UK.

The World Trade Organization, that has helped mediate the dispute, allowed the two parties to slap tariffs on one another's imports to compensate for the subsidies. WHO authorized US tariffs against $7.5 billion in EU exports in 2019, and the EU in turn was authorized to impose $4 billion of its own tariffs on US goods.

In March, the US and EU reached an agreement to suspend mutual tariffs over the Airbus-Boeing dispute for a four month period, European Commission President Ursula von der Leyen had announced after her first conversation with Joe Biden.

EU trade chief Valdis Dombrovskis earlier in June urged Biden to "walk the talk" on his trip to Europe and see that the duties are scrapped.

As part of the effort to bolster transatlantic bonds, Biden and von der Leyen are to announce the creation of the new Trade and Technology Council body to focus on technology and trade partnership.

US, EU Commit to Ending $18 Billion Tariff War Before End of Year - Reports