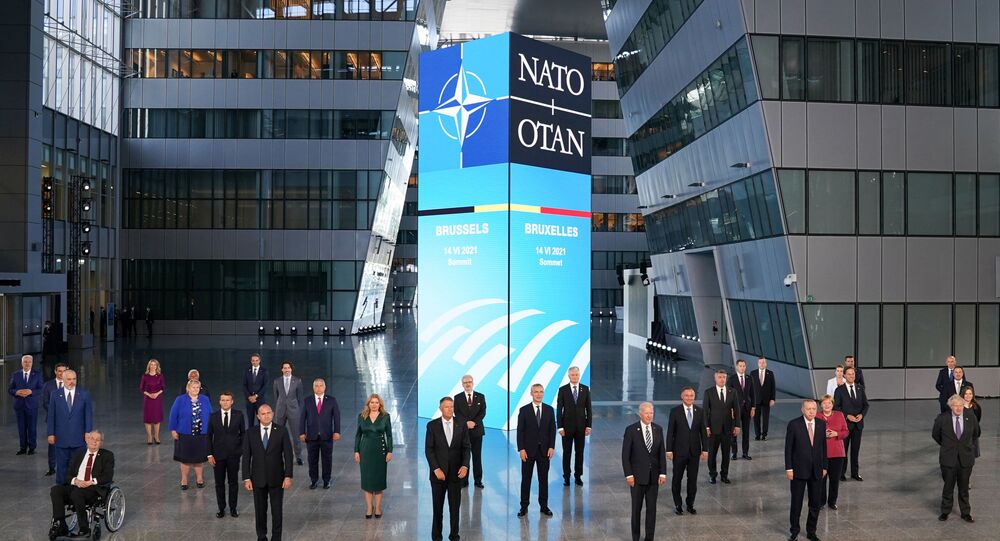 Representatives of all 30 members of the bloc have gathered in Brussels on 14 June to discuss the current challenges that the alliance is facing and how they are going to address them in the coming years.

Members of NATO have adopted a new 2030 strategic concept that was proposed by Secretary General Jens Stoltenberg. The joint communiqué of the 30 countries said that they agreed to further strengthen NATO in the face of any threats.

"[We will] strengthen NATO as the organizing framework for the collective defence of the Euro-Atlantic area, against all threats, from all directions", the statement said.

The members of the alliance have stated that they are facing "systemic competition from assertive and authoritarian powers" as well as growing security challenges. They named Russia and China among the main causes of their concerns, while also adding that terrorism, threats to the "rules-based" international order, migration, and cybersecurity are also on the list of their top priorities.

"We are increasingly confronted by cyber, hybrid, and other asymmetric threats, including disinformation campaigns, and by the malicious use of ever-more sophisticated emerging and disruptive technologies", the joint statement said.

No Return to 'Business as Usual' With Russia

Part of the renewed NATO strategy will apparently be continued confrontation with Russia based on the pretext of Moscow allegedly engaging in behaviour not compatible with international law. The member states agreed not to return to the pre-2014 relations with the Kremlin unless it changes this supposed behaviour.

"Until Russia demonstrates compliance with international law and its international obligations and responsibilities, there can be no return to 'business as usual", the communiqué said.

The members of the bloc also rejected Moscow's proposal for mutual non-deployment of missiles previously banned under the INF Treaty, which was abandoned by the US in 2019. The joint statement claimed that the proposal is inconsistent with Moscow's actions.

The NATO countries further vowed to respond to the growing Russian missile arsenal in a "measured [and] balanced" way, while stressing that they have no plans to deploy land-based nuclear weapons in Europe.

The members of the alliance have also drawn special attention to China, claiming that the country's goals and behaviour present "systemic challenges to the rules-based international order". They accused Beijing of being involved in "coercive policies", covertly upgrading its armed forces and using disinformation to achieve its goals.

The NATO states called on the Asian country to "act responsibly" in the international system and to respect its commitments. At the same time, the communiqué stops short of identifying China as NATO's rival.

"China’s growing influence and international policies can present challenges that we need to address together as an Alliance. We will engage China with a view to defending the security interests of the Alliance", the statement said.

Beijing has harshly responded to the joint statement, insisting that it "deliberately slandered" China and arbitrarily interfered in its internal affairs. China suggested that it was a product of the "sinister intentions" of a few countries, including the US.

The communiqué of the NATO members also endorsed efforts directed at restoring the Joint Comprehensive Plan of Action (JCPOA, also known as the Iran nuclear deal), praising its "non-proliferation benefits". They also hailed efforts that have been made so far by the signatories to the deal and the US aimed at salvaging the accord.

At the same time, the bloc’s members condemned Tehran's alleged involvement in arming militant groups in the Middle East, including providing missile technologies. They separately called on Iran to cease all missile activities that go against UN Security Council Resolution 2231.

The latter specifically urged Tehran to refrain from developing and testing missiles that are capable of delivering nuclear warheads. However, the resolution's wording on the matter is not legally binding and Iran has repeatedly rejected any attempts at discussions on limiting its missile programme. The Islamic Republic insists that it is its sovereign right to develop weapons for the defence of the country.