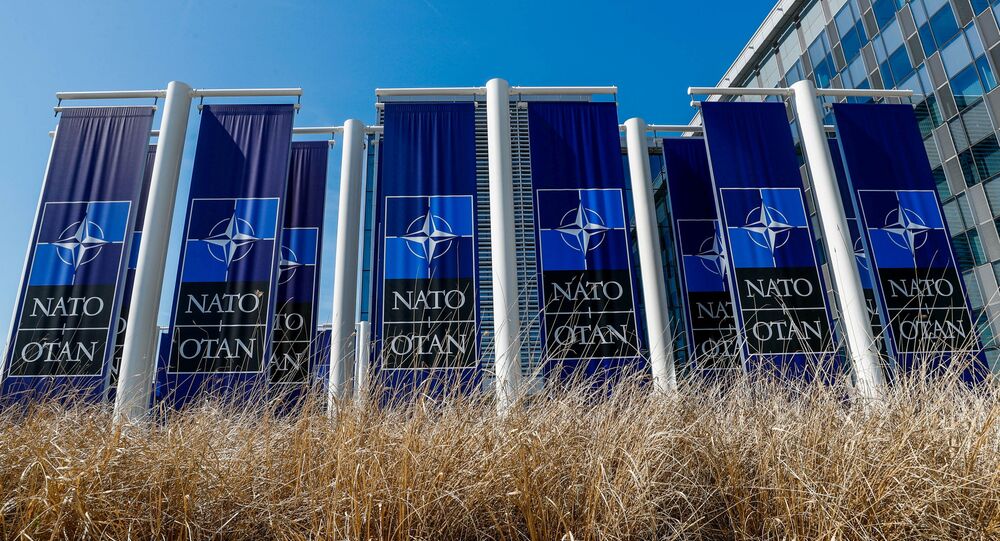 Zelenskyy Demands 'Yes' or 'No' From Biden, Western States on Ukraine's Accession to NATO

After the government coup in 2014, the country's new rulers, backed by the western states, set out on the path to join the North Atlantic Treaty Organization. However, NATO members themselves seem to be in no rush to admit a new country, which has not resolved an ongoing domestic armed conflict in the east.

Ukrainian President Volodymyr Zelenskyy has stressed in a telephone conversation with UK Prime Minister Boris Johnson how important it is for western countries to make clear to Kiev what it needs to do to accede to NATO in the near future. The talks between the two heads of states took place on the eve of the meeting of the North Atlantic Treaty Organization members in Brussels on Monday.

"Volodymyr Zelenskyy noted the importance of a clear perspective of how Ukraine - which is carrying out reforms in the face of complex security challenges - could join the alliance," Zelenskyy's office said regarding the president's conversation with Johnson.

The Ukrainian president went on to claim that Kiev has taken all the steps a country needs to to be given a timetable to join the military alliance.

He separately said in an interview with Reuters, AP and AFP that he seeks a clear "yes" or "no" from US President Joe Biden regarding Ukraine's membership of NATO. He also asked POTUS to give his country some economic support.

"It's time for NATO partners to back Ukraine by concrete decisions," he said on Twitter.

Zelenskyy also confided to Johnson that Russia still maintains a significant presence at Ukraine's eastern border. The reported increase in the deployment of Russian troops in the region coincided with a rise in hostilities between Ukrainian forces and the self-proclaimed people's republics in Luhansk and Donetsk. The last time Moscow deployed its forces to prevent the conflict in Ukraine's east from spilling into Russian territory and prevent weapons smuggling was in 2014.

Kiev decided after the coup in 2014 that it should do what it could to join NATO, in which decision it received great encouragement from the western countries. Ukraine's new anti-Russia government made its intention to join the alliance part of the country's constitution in 2019. Western countries, however, have so far been reluctant to disclose any details about when Ukraine will be able to join NATO. Former Secretary-General of the alliance, Anders Fogh Rasmussen, suggested it will take a lot of time before Kiev can achieve that.