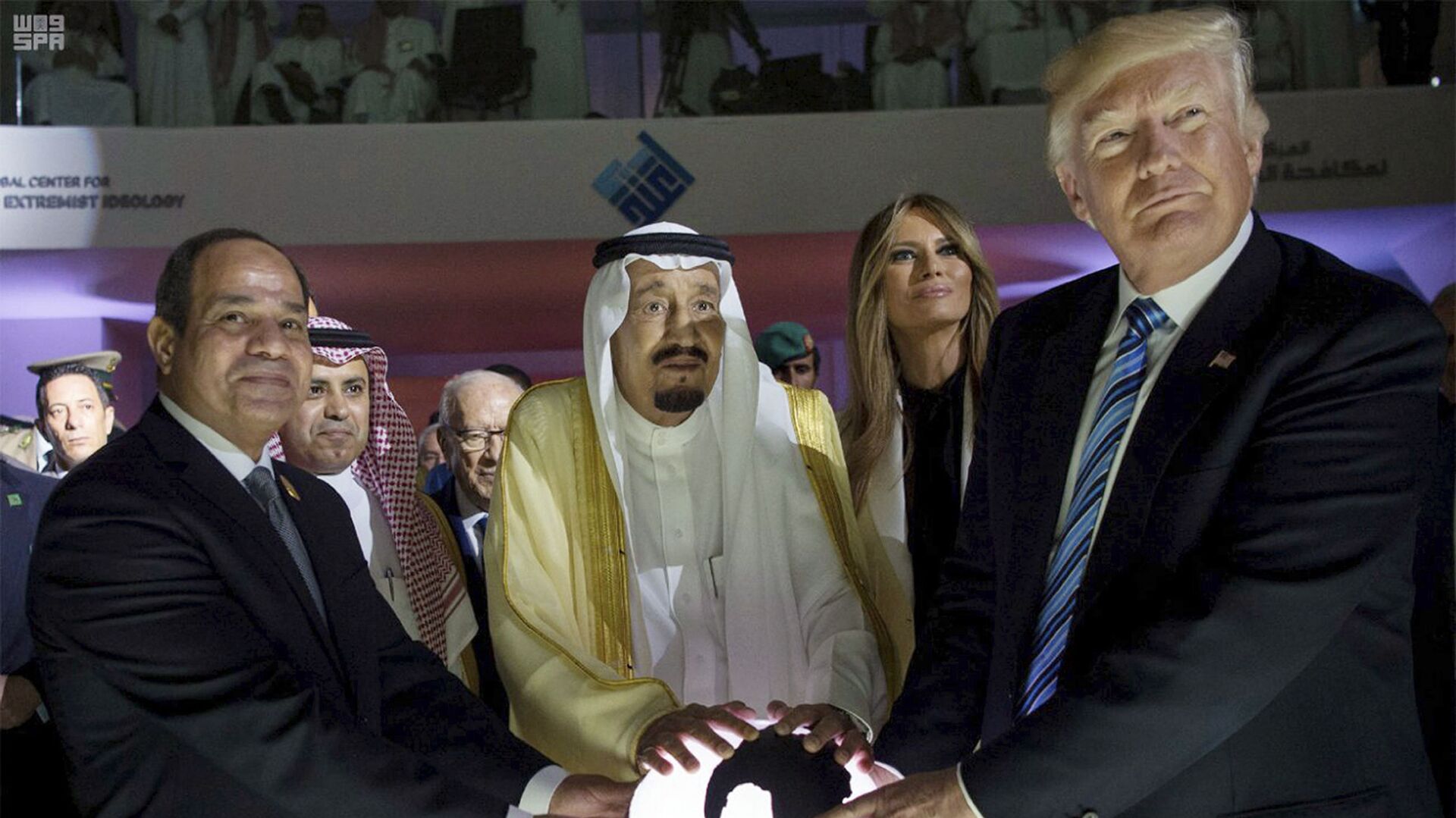 Ilya Tsukanov
All materialsWrite to the author
Despite carrying on with much of his predecessor’s foreign policy agenda, President Biden’s administration has yet to bring up “Arab NATO”, the Trump-era effort to build a coalition of Middle Eastern states to “confront Iranian aggression”, terrorism and extremism, and to “promote economic growth” and energy security.

A Lebanese newspaper has published what it says is a trove of top secret documents revealing how the Trump administration’s attempt to convince its Middle Eastern partners to form a united anti-Iran alliance failed.

The leak, published by al-Akhbar, contains nine documents, including policy papers and minutes of meetings, and the newspaper hints that they may be only the first in a series of leaks of confidential documents on the Trump-led anti-Iranian initiative for the Middle East, formally known as the ‘Middle Eastern Strategic Alliance’ (MESA) and also referred to as ‘Arab NATO’.

The Arabic-language documents, the authenticity of which has yet to be independently confirmed, indicate that Trump, from his first visit to the Middle East in May 2017, sought to lure partners into forming an anti-Iranian front, alleviating the burden of the security challenge on America and “milking” local nations by forcing them to purchase large quantities of US-made military equipment.

Saudi Arabia, the documents show, appears initially to have been the initiative's most enthusiastic supporter and tabled its own proposals for anti-Iranian regional security even before Trump became president. However, it would appear that over-elaborate hopes, and disagreements between possible alliance members eventually proved insoluble, even for Riyadh.

A Saudi confidential document dated 4 July 2019 shows Riyadh’s apparent disillusionment with the MESA concept as Washington was selling it, with the policy paper pointing out that although states would be obliged to “accelerate arms deals” with Washington and conclude an agreement for a joint missile early-warning system, the United States did not include a commitment to a NATO-style Article 5, stipulating an integrated military command or the integration of military forces of member countries, in the proposal.

In a separate document minuting a meeting in Washington DC of representatives from the Gulf Cooperation Council, Jordan and the United States on 18 September 2019, US officials confirmed that America would not be obliged “to take any military action in the event of attack” against MESA member states, except to provide “security consultations”. 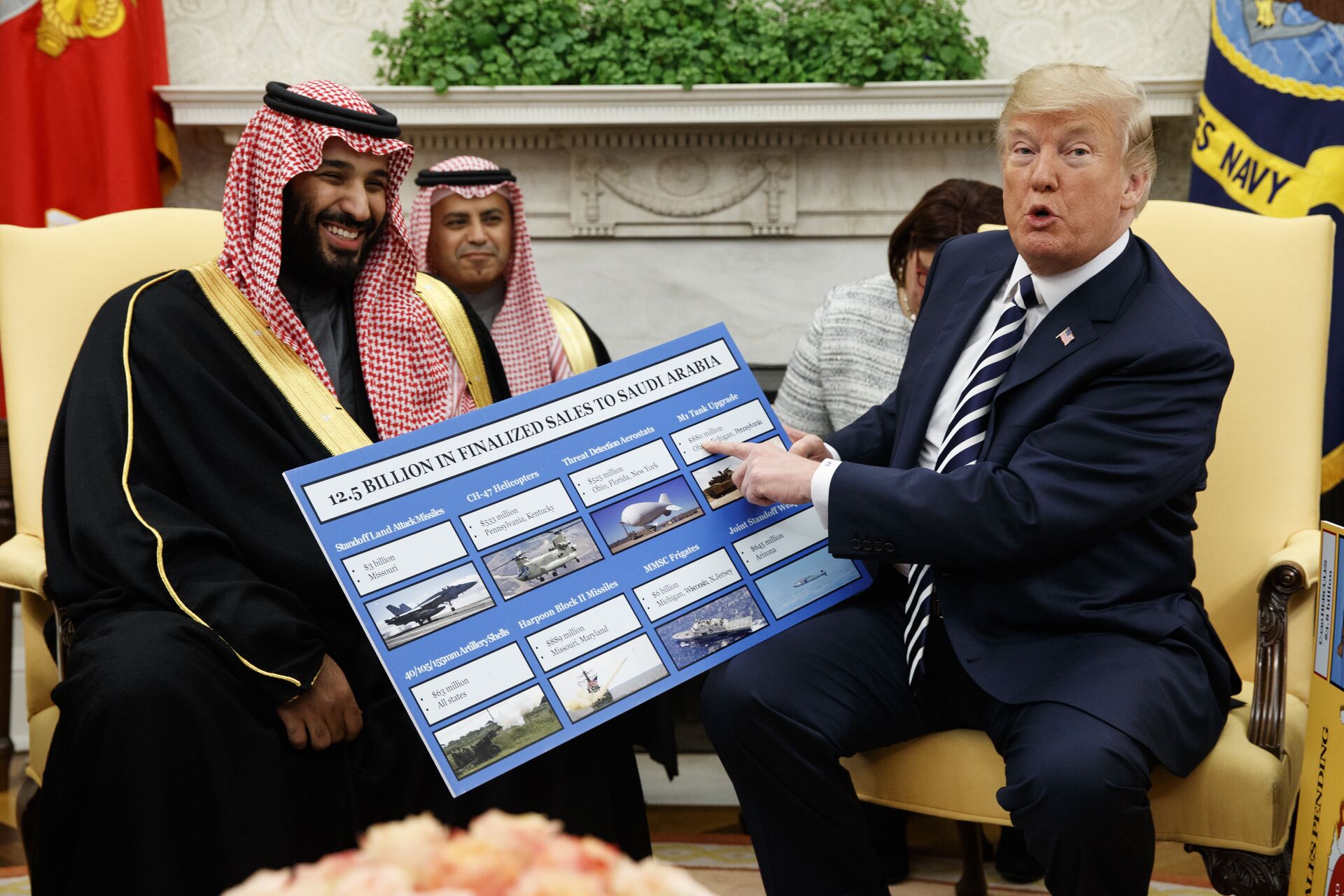 The Saudi counterproposal outlined in the document from 4 July 2019 envisaged a military-security alliance only, without the political, economic and energy riders tacked on by the US side, which Riyadh indicated it would prefer to conclude on a bilateral basis.

The 4 July 2019 policy paper bitterly constituted that in its then current form, the MESA proposal “achieves important benefits for the United States without imposing any burdens on it, while it achieves very limited benefits for other countries, including the Kingdom.”

Minutes from another meeting of Gulf States, including Saudi Arabia, the UAE, Bahrain, and Oman, dated 19 February 2019, similarly indicated Riyadh’s irritation at the lack of American security guarantees, with the Saudi delegation saying that “there is no commitment from the American side,” and “it does not offer any benefits to the member states.” Riyadh continued to push its security line in all the meetings that followed, up to the aforementioned 18 September 2019 minuted meeting.

US Intends to Approve Defense Arms Sale to UAE, State Dept Says
In the meetings, other prospective MESA allies, including the United Arab Emirates and Bahrain, reportedly sought to make sure that the new alliance did not affect their ability to diversify arms suppliers. The head of the Bahrain delegation to the 19 February 2019 meeting said Manama wanted some kind of “guarantees that the United States will not abandon this alliance as it did its withdrawal from the Iran nuclear agreement.” The UAE similarly complained that the US provided no “categorically reassuring” guarantees, with the financial burdens resulting from this alliance to be placed largely on Middle Eastern members.

The minutes also revealed fissures between Gulf States led by Saudi Arabia and others, with Kuwait expressing scepticism for the Saudi-led security-focused initiative, and backed the US proposal’s vision of four components to the alliance, encompassing political, military, economic and energy cooperation.

At an expanded meeting of the prospective MESA alliance meeting in Washington, DC on 21 February 2019, the head of the Egyptian delegation expressed a desire to “focus on the political side” and said that Cairo saw the MESA concept as one of “an advisory nature”. Egypt skipped the next meeting of MESA in April 2019 altogether, with both Saudi and US representatives at the meeting expressing “regret” and hopes that Cairo would “return to the team”. 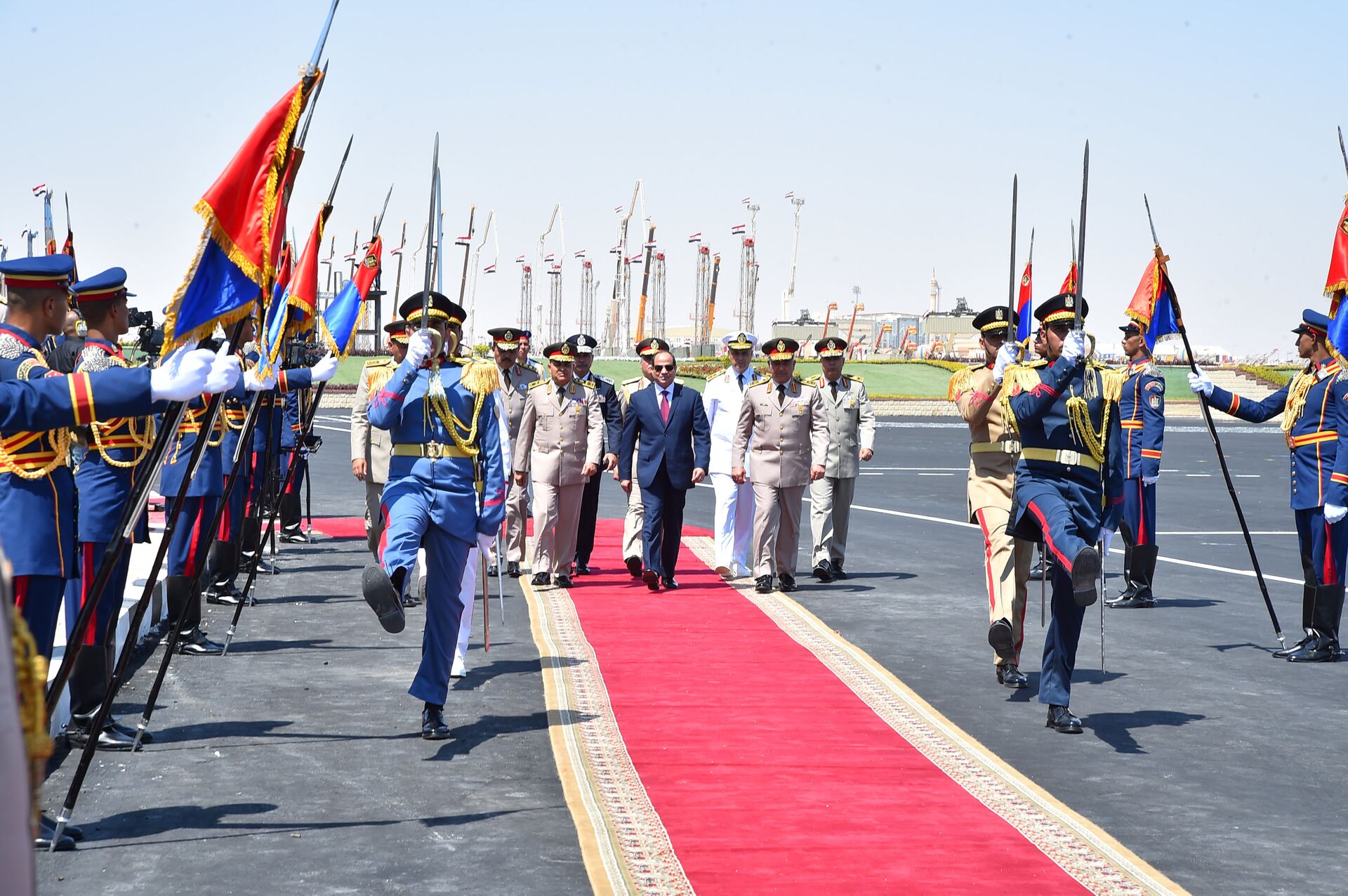 Egyptian President Abdel Fattah al-Sisi (C) arrives at the opening of the Mohamed Najib military base, the graduation of new graduates from military colleges, and the celebration of the 65th anniversary of the July 23 revolution at El Hammam City in the North Coast, in Marsa Matrouh, Egypt, July 22, 2017 in this handout picture courtesy of the Egyptian Presidency
© REUTERS / The Egyptian Presidency

The  21 February 2019 minutes quoted Michael Mulroy, the then-deputy assistant secretary of defence, who was minuted as saying that “we must be clear that the alliance is not the same as NATO,” and that the United States “does not have a strategy to distribute our forces among allies, and is looking to play a supervisory military role.”

Oman, which has long managed to balance relations between both Washington and Tehran, reportedly rejected Riyadh's military-focused position, with the head of the Omani delegation to a meeting on 7 April 2019 saying that Muscat supports “the economic rather than the military aspect” of the proposal. At a second meeting the next day, Oman’s representative brainstormed about changing the word “alliance” to something less menacing, such as “grouping”, “forum”, “union” or “initiative.” 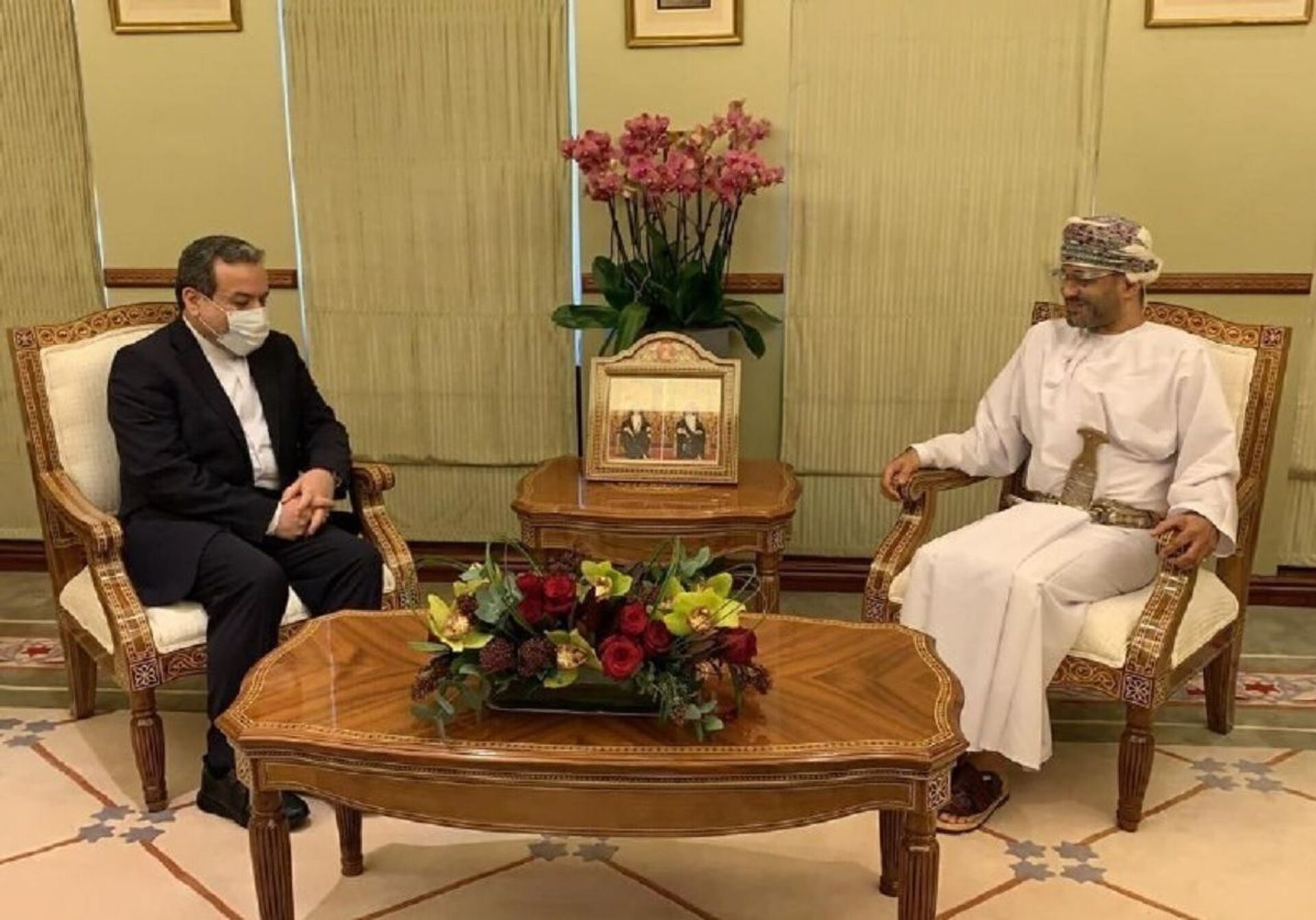 During the meetings, Jordan's sole concern seemed to be that it should continue to receive American economic aid, and to that end it enthusiastically supported Trump’s original vision and the proposed alliance's military, political, economic and energy sections - the four pillars.