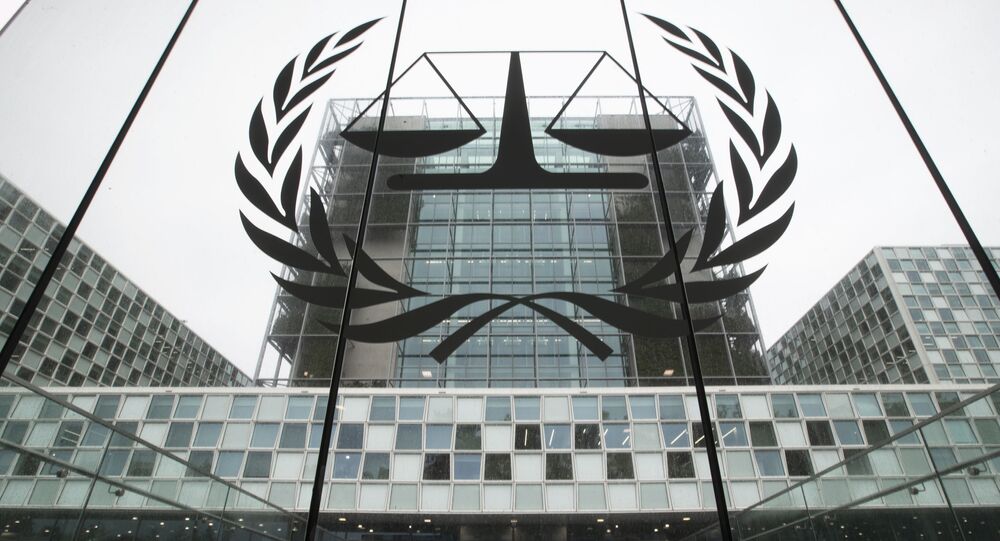 "Three major international lawsuits have been filed with the International Criminal Court: one is concerning Palestinian prisoners in Israeli prisons, one — aggression against Gaza in 2014, with an additional file on the recent attack attached, and one concerning the construction of illegal Jewish settlements on confiscated lands and moving of settlers there," Shtayyeh was cited as saying by the Qatari state news agency, QNA.

According to him, Israel tried to challenge Palestinian membership in the court, but the attempt failed. Israel also denied the PNA's jurisdiction over the territories occupied in 1967, but the court confirmed the legal rights of the Palestinians to those territories, including the West Bank, Jerusalem and Gaza.

© AP Photo / Peter Dejong
Israel Suspends Palestinian Foreign Minister's Travel Pass After Visit to ICC
Shtayyeh noted that some parties try to slow down the process, but the Palestinian authorities are doing everything in their power to push through with the investigation. He added that the additional stimulus came after an international human rights watchdog, Human Rights Watch, accused Israel of racism against Palestinians in the West Bank, the Gaza Strip, Jerusalem and Israel itself.

Israel and the Hamas movement, which governs the Gaza Strip, were locked in an armed conflict until a ceasefire was announced on May 20. The hostilities were preceded by days of clashes between Palestinians and the Israeli forces in East Jerusalem over an Israeli court's decision to evict several Palestinian families from the Sheikh Jarrah neighborhood.

An Israeli airstrike resulted in the collapse of a 15-storey building in the Gaza Strip that housed offices of international media agencies, including The Associated Press and Al Jazeera. The Israeli Defense Forces (IDF) also bombed the branch of the Red Crescent in the Gaza Strip without warning, the organization told Sputnik in mid-May. The Red Crescent said no one of their 15 employees was injured, but people who were nearby at that time were killed and injured.

In March, ICC chief prosecutor Fatou Bensouda said that the tribunal would investigate crimes that were allegedly committed by the IDF in Palestinian territories, including Gaza and the West Bank territories, since June 13, 2014. Israeli Prime Minister Benjamin Netanyahu has dismissed the move as "undiluted antisemitism" and vowed to fight until this "injustice" is reversed.

The Reporters Without Borders non-governmental organization have called on Bensouda to include the Israeli airstrikes on media outlets in the Gaza Strip in her investigation.