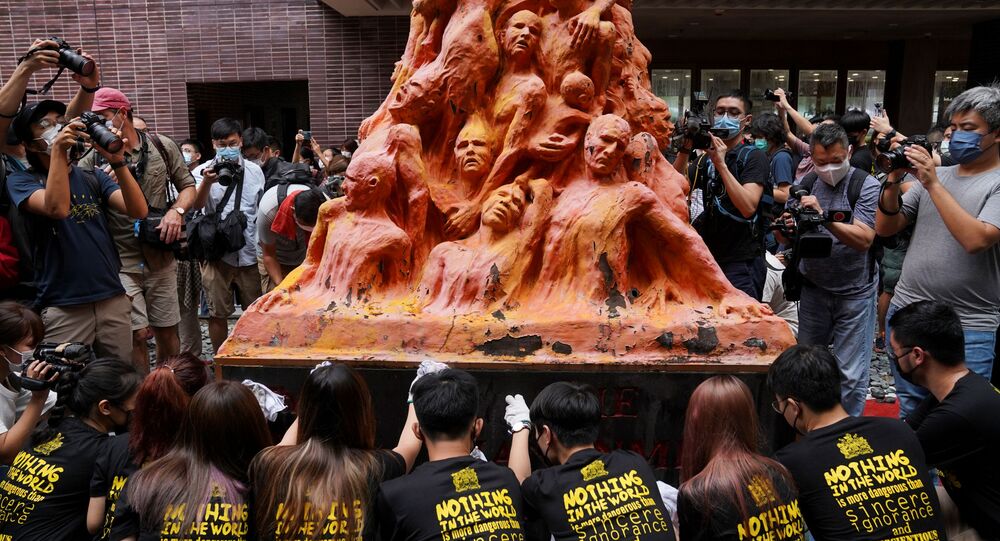 In an interview with CBS News on Thursday, US Secretary of State Antony Blinken accused China of acting more aggressively abroad, among other things.

The Chinese Foreign Ministry has lashed out at US Secretary of State Antony Blinken over comments he made in connection with the anniversary of the 1989 events in Tiananmen Square.

June 4 is the 32nd anniversary of the PRC’s deadly crackdown in Tiananmen Square, killing thousands of protesters simply calling for their rights and freedoms to be respected. Human rights are universal, and all governments must protect and promote them.

Wang’s remarks came after Blinken tweeted that "June 4 is the 32nd anniversary of the PRC [People’s Republic of China]'s deadly crackdown in Tiananmen Square, killing thousands of protesters simply calling for their rights and freedoms to be respected".

According to Blinken, "human rights are universal, and all governments must protect and promote them”.

On 4 June 1989, student protests held in Beijing's Tiananmen Square in favour of democratic reforms were violently dispersed by the Chinese Army, leaving over 200 dead and hundreds more injured, according to official estimates.

© REUTERS / LAM YIK
University students observe a minute of silence in front of the “Pillar of Shame” statue at the University of Hong Kong on the 32nd anniversary of the crackdown on pro-democracy demonstrators at Beijing's Tiananmen Square in 1989, in Hong Kong, China June 4, 2021

Earlier this week, Blinken said in an interview with CBS News that the US doesn't "have the luxury of not dealing with China".

When asked about the possibility of a military confrontation with China, the secretary of state stressed that it is not in the interests of either Washington or Beijing.

© REUTERS / KEN CEDENO
Biden to US Military: Xi Jinping Believes China Will 'Own America' Before 2030s
Sino-American relations have of late been marred by a bilateral tariff war and tensions surrounding tech giants Huawei and ZTE, with the former Trump administration repeatedly accusing the companies of cooperating with Chinese intelligence to help Beijing spy, allegations Chinese authorities and the companies themselves vehemently deny.

Things have shown no sign of improving since Joe Biden assumed office, with the US Commerce Department announcing last month that seven Chinese supercomputing companies were "destabilising military modernisation efforts" and adding them to the "Entity List for conducting activities that are contrary to the national security or foreign policy interests of the United States".