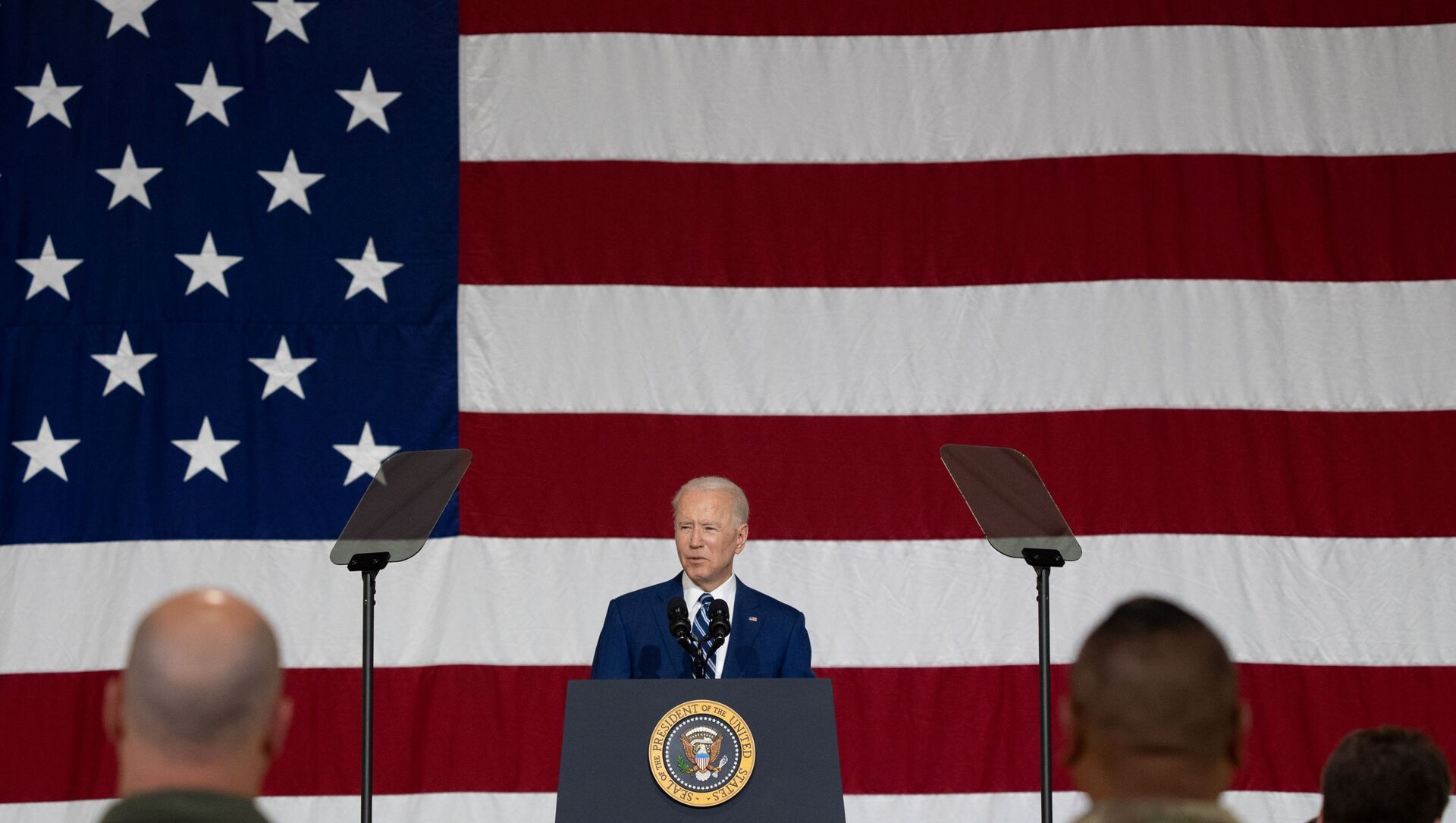 Kirill Kurevlev
Correspondent
All materialsWrite to the author
The incumbent US administration has named China as its main threat and rival, representing the greatest danger to the United States. Since the previous administration of Donald Trump, the US has exerted significant diplomatic and economic pressure on China over a range of issues, including trade and military development.

US President Joe Biden told the country's military service members that Chinese leader Xi Jinping is convinced that China will "own America" in the next 10-15 years.

Speaking at the joint base Langley-Eustis in Hampton, Virginia on Friday, the president said that the US is in "a battle between democracies and autocracies," as he repeated his recalling of spending more time with Xi "than any world leader has," since it was "24 hours of private meetings with him with just an interpreter; 17,000 miles traveling with him in China and here."

"He firmly believes that China, before the year ’30, ’35,  is going to own America because autocracies can make quick decisions," Biden noted.

However, the president went on to assure the audience that "America is unique."

Earlier in the day, the Biden administration proposed a federal budget plan for the fiscal year 2022. Under the proposal, approximately $1.9 trillion is funded to battle Iranian, Chinese, and Russian "influence" over most of Europe and Eurasia, with a strong focus on the Middle East, while the existential contest for the US remains with China, according to the White House.

Thus, around $155 million will be used to keep the US' "Countering PRC Malign Influence Fund" operational. The money for the continuing program will "deter aggression, coercion, and malign influence by state and non-state actors," according to the plan.

Biden's 2022 Defense Budget to Fund Nuclear Arms Modernization in Order to Deter China - Report
The United States, among other things, notes the growing pace of modernization and production of new weapons in China, therefore, the defense budget proposal was estimated at $715 billion, including nuclear modernization, which includes the creation of new submarines and long-range bombers, which will receive $27.7 billion, while another $20.4 billion will be spent on missile defenses, such as sea-based systems, to improve and sustain them.

The administration also proposed to increase financing for hypersonic weaponry to $238 million, $52 million up from the previous fiscal year.

These investments would be used to demonstrate the US commitment to preserving a free and open Indo-Pacific, building forces that are ready to respond to aggression, and strengthening partnerships with allies in the region, the budget said in accordance with the Biden's administration strategic vision.