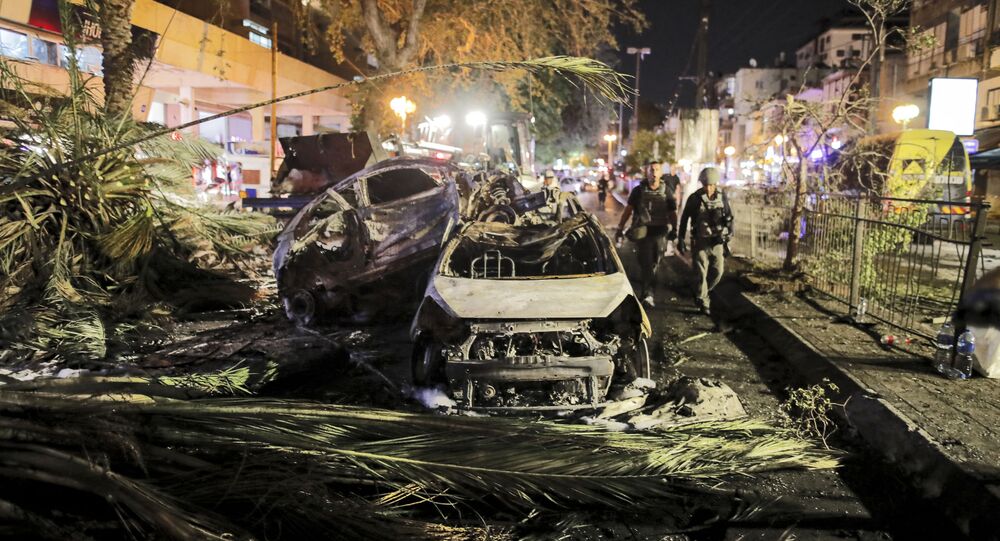 The Israeli-Palestinian conflict re-emerged after Hamas and Islamic Jihad militant groups recently launched hundreds of rockets at Israeli cities, including Tel Aviv. In response, the IDF conducted hundreds of airstrikes targeting the Gaza Strip, which killed 212 Palestinians including 61 children.

US Secretary of Defence Lloyd Austin has expressed his support for de-escalating the Israeli-Palestinian conflict and lamented the "loss of innocent Israeli and Palestinian lives." The Pentagon chief made his comments during a conversation with his Israeli counterpart, Defence Minister Benny Gantz.

At the same time, Austin supported Israel's retaliatory airstrikes against Hamas, some of which have killed children and destroyed a multi-story building housing international news agencies and offices.

"Austin reiterated the United States' unwavering support for Israel's right to defend itself and to protect Israeli civilians, and lamented the loss of innocent Israeli and Palestinian lives", Pentagon's spokesman John Kirby said.

The latest escalation in the Israeli-Palestinian conflict started on 10 May after Gaza-based groups, Hamas and Islamic Jihad, lobbed rockets into Israel. Over the course of the week, the militant groups launched over 3,300 rockets, with nearly 500 landing short within the enclave. The few rockets that penetrated Israel’s Iron Dome air defence system killed 10 and injured 50 Israelis.

The IDF retaliatory airstrikes against Hamas, in turn, killed 212 Palestinians including 61 children. Israeli Prime Minister Benjamin Netanyahu vowed that Hamas will pay a "heavy price" for attacking Israel and killing its citizens. Some foreign countries have lambasted Tel Aviv's killing of the civilians, while others, including the US, said they supported Israel's "right for self-defence.” The IDF claims that the civilian casualties were caused by Hamas' alleged practice of using innocent Palestinians as "human shields".

UN Security Council members have proposed several resolutions for the ongoing hostilities, with the most recent condemning the IDF's actions and calling for a ceasefire. However, all suggestions have been rejected by the US.