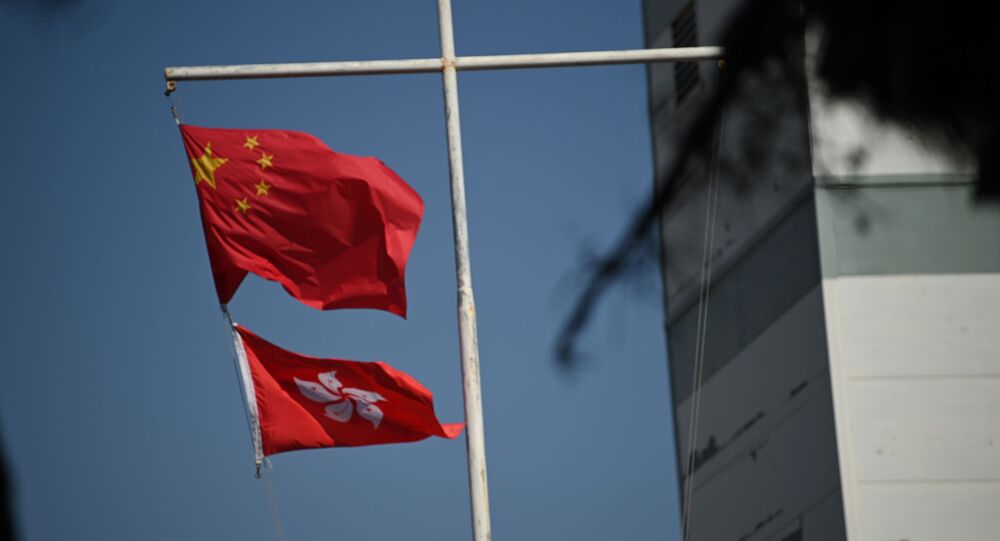 MOSCOW (Sputnik) - Chinese Vice Foreign Minister Zheng Zeguang summoned the US charge d'affaires in Beijing in the wake of US sanctions against 14 Chinese officials over Hong Kong, the Chinese Foreign Ministry said.

"Zheng Zeguang, Chinese vice foreign minister, summoned Robert W. Forden, the charge d’affaires at the US Embassy in Beijing, on Tuesday to express solemn protest over the US sanctions against 14 deputy chairmen of China's National People's Congress," the statement read.

"The US side's actions are a serious violation of the basic principles of international relations, seriously interfered with China's domestic affairs, seriously damaged China-US relations. It's unreasonable and very serious. The Chinese side expresses strong anger and condemnation," Zheng said in the statement.

Forden expressed the United States' deep concern over China's new national security law on Hong Kong during the meeting on Tuesday, the US Embassy in Beijing said in a statement on its official website.

According to the statement, Forden noted that Beijing has used the law repeatedly to suppress freedom of expression and assembly in Hong Kong and to arrest Hong Kong residents who have peacefully raised their concerns over Beijing’s policies.

China's administrative region of Hong Kong has seen several waves of protests since 2019. The recent wave of the demonstrations was related to the security bill expanding the powers of the central authorities. Both central and local governments have said the bill seeks to ensure security in the region and does not violate residents' rights.