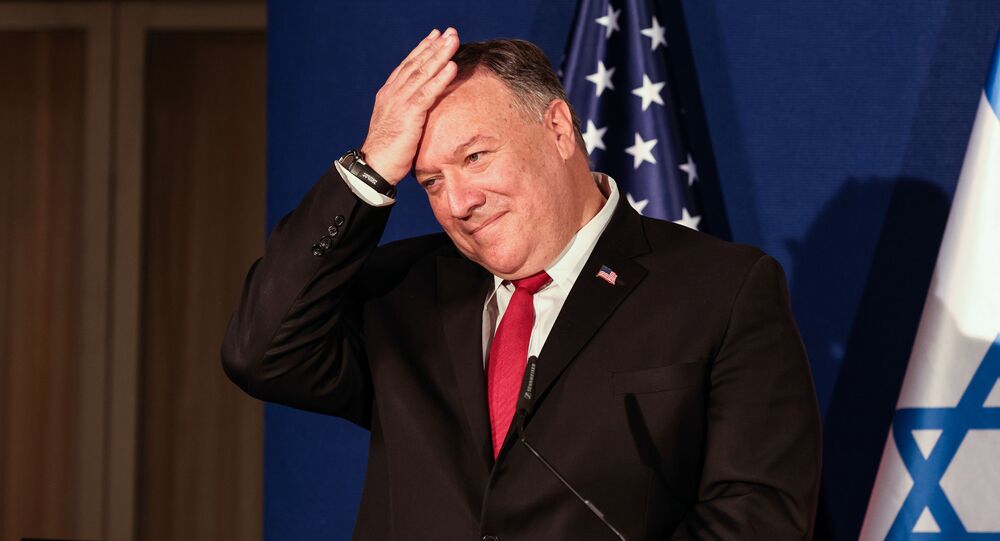 Earlier this year, Israel had to suspend its plans to extend its sovereignty over parts of the West Bank as part of the US-mediated accord that stipulates the normalisation of relations between Israel and the UAE.

He stated that the Golan Heights "is a part of Israel and a central part of Israel," noting that Trump recognised "the basic fact" that previous presidents had refused to do.

"I remember too not long after I was a cadet, I was an officer in the United States Army … It was all the rage in the salons in Europe and in the elite institutions in America to say that this should be returned to Syria. Imagine, imagine with [Syrian President Bashar] Assad in control of this place, the risk, the harm to the West and to Israel and to the people of Israel," he continued.

Pompeo explained that he "very much wanted to come here on this trip to tell the world that we have it right" to recognise Israel’s sovereignty over the Golan Heights.

A video of Pompeo getting into a car after visiting a Jewish regional council in the West Bank was shared online.

@SecPompeo arrives at Sha'ar Binyamin, a Jewish regional council in the West Bank / Judea and Samaria. The first ever visit by a U.S. secretary of state in an Israeli settlement.
He will visit the Psagot winery, who've made a special wine edition named 'Pompeo'. pic.twitter.com/bsPnVDJLJY

As part of the trip, the US Secretary of State visited a vineyard where a wine named in his honour has been produced.

.@SecPompeo arrives at Psagot winery, near the settelment of Psagot in the West Bank - The first ever visit by a U.S. secretary of state in an Israeli settlement. The winery has produced a wine named 'Pompeo' https://t.co/JGMSx1VAd6 #Israel🇮🇱 pic.twitter.com/rCMl8Gc1os

Israel planned to extend sovereignty over another 30 percent of the West Bank in line with the US Middle East plan, and the process was originally scheduled to begin on 1 July. However, Tel Aviv suspended its plans after Washington had asked it to do so as part of a deal to normalise relations with the United Arab Emirates.