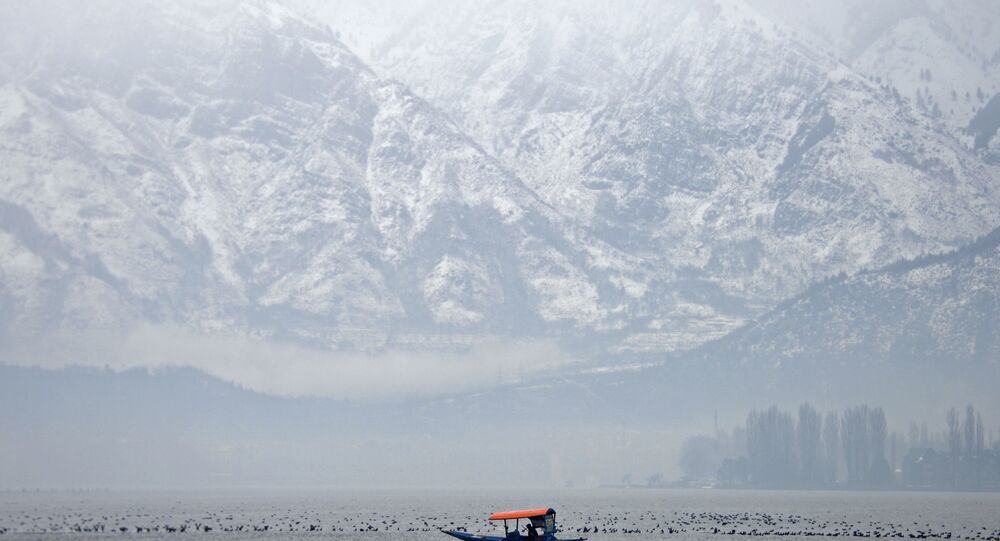 The Struggle of Jammu & Kashmir is Beyond Autonomy & Political Hullabaloo

A flashpoint for decades, Jammu and Kashmir has witnessed an eerie calm for over a year since its semi-autonomy was revoked. The silence ended with half a dozen pro-India Kashmiri politicians joining forces to call for a return of the state's previous status and pledging to launch a struggle against the new laws in the region.

"We need a small five-letter word 'PEACE' to prevail", says Muneer Alam, a teacher in Jammu and Kashmir's capital city, Srinagar, while rejecting the "struggle" being promised by three former state chiefs in the form of the Gupkar Declaration.

Soon after a third former state chief, Mehbooba Mufti, was released from a 14-month detention, six political parties formed an alliance to release the Gupkar Declaration 2.0. The union aims for the restoration of the erstwhile state's special status.

Thousands of politicians and secessionists were detained after the nation's parliament scrapped Articles 370 and 37A of the Indian Constitution in August 2019. The later granted the region broad autonomy and the right to land and jobs to locals.

© AFP 2021 / TAUSEEF MUSTAFA
A man removes snow from a boat on the banks of the the Dal Lake during a snowfall in Srinagar on January 13, 2020

The Gupkar Declaration, announced on 15 October, is a joint statement signed by political parties, barring the BJP and its proxy, Apni Party, to fight on behalf of the people against New Delhi's decision to strip Jammu and Kashmir of its special status.

There have been relatively few backers of the Gupkar Declaration in Jammu and Kashmir. It appears to be falling flat in mobilising public sentiment as opposed to before when people would gather in huge numbers at the call of local leaders, largely viewed as secessionists, to stage protests on any given issue.

Locals, however, have made their opposition known to new laws allowing anyone from the rest of India to buy land.

"Right from Sheikh Abdullah to Mehbooba Mufti, from Sajjad Lone to Shah Faisal, Kashmiris feel betrayed and disappointed by all these politicians and activists. They have always used the common man and local sentiments for electoral policies and personal interests", says Alam about the declaration.

"We want peace, and politics should rest in peace. However, we believe that our identity is at stake, as Kashmir is on sale with the new land laws and domicile policy", he adds.

Struggle is for More Than Autonomy

Sheikh Showkat Hussain, a political analyst and former professor of law at the Central University of Kashmir, rejects calling the efforts of the alliance a "political gimmick". Talking to Sputnik, he says the Gupkar Declaration is a plank for survival of regional political parties.

"The Gupkar Declaration cannot be the struggle for Kashmir. Kashmiris are aspiring for something more. The declaration is the fight for autonomy but the genuine sentiment here is of separatism", Hussain says.

The pro-Indian leaders, now challenging government in New Delhi government while vowing to restore the region's autonomy, are faced with a dilemma. The only options remaining for them are to either join the "separatists" or become a part of mainland Indian parties, something rejected by people in the valley, observes Hussain.

"The mainstream pro-India parties were fighting on the plank of autonomy. That too has been taken away and dented. The Gupkar Declaration is a plank for survival", he adds.

Many Kashmiris Sputnik talked to showed little sympathy and more anger towards pro-India politicians such as Mehbooba Mufti, Omar Abdullah, Farooq Abdullah, and others.

"Mehbooba Mufti, President of the Peoples Democratic Party and one of the main signatories of the Gupkar Declaration, is the same Kashmiri politician who fought elections to safeguard Article 370 and ended up in an alliance with the party that had abrogation of Article 370 in its manifesto. It was them who got BJP in Kashmir", Sanna Bhatt, a media student in Kashmir, tells Sputnik.

Bhatt blames political leaders in Jammu and Kashmir for the "current situation" in the Kashmir Valley and for all the changes brought in by the BJP government after 5 August of last year, saying it is their own selfish agenda and local people have been always deceived.

The mainstream politicians fought elections in the region on the promise of safeguarding the state's autonomy, ethnicity, and Article 370. With no hope from local politicians, the concerns of people have shifted from the restoration of Article 370 to New Delhi's attempt at diluting the Muslim majority of the region.

© AFP 2021 / TAUSEEF MUSTAFA
Kashmir Elections Sans Mainstream Parties Will Be Smokescreen With No Credibility - Author
In the latest notification by the federal Home Ministry, the reference to "permanent residents of the state" was removed, allowing any Indian citizen to buy land in the region.

"More than the reversal of autonomy, we need revival of Kashmiriyat. We want the 700,000 soldiers to be replaced with the shining minds of scientists, doctors, engineers, and skilled workers who will occupy our heart not only land. We need a world beyond nationalism and colonialism. We believe in humanity; the Kashmiriyat", says Alam, a Kashmiri teacher.

Beyond the Romance of Death and Violence, Kashmiri Youths Lash Out Against Their Tarnished Image