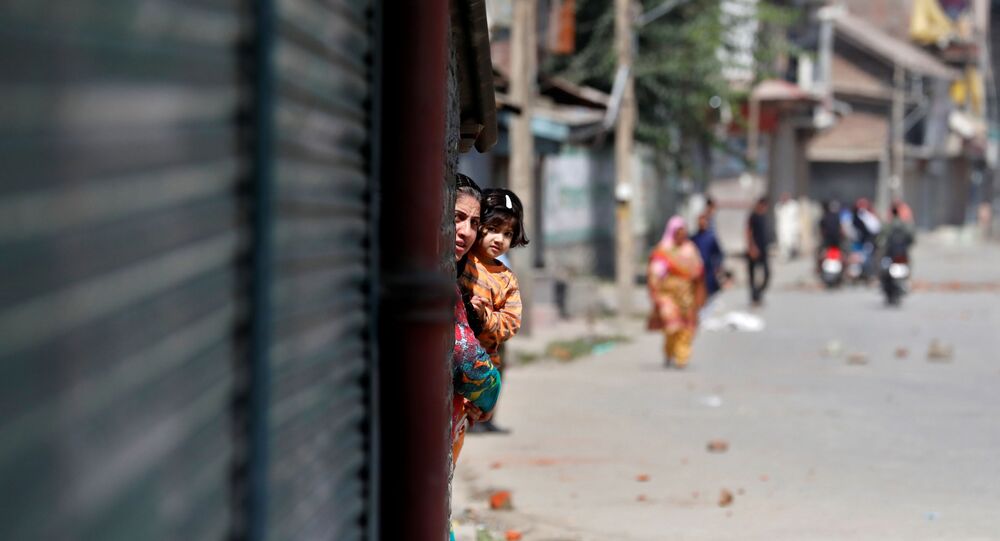 Beyond the Romance of Death and Violence, Kashmiri Youths Lash Out Against Their Tarnished Image

Brandishing guns either in traditional Kashmiri pheran or combat dress, sporting a beard, sometimes with half-covered faces and holding stones in hands; this is what one usually sees if one searches for "Kashmiri youth" on Google.

“Hum kya chahte? Azadi (What do we want? Freedom)” reverberates across Kashmir every time there is a protest, or funeral of a terrorist. It has been described as an “anthem of resistance” which sums up the “collective aspiration of Kashmiris” to gain freedom from India.

However, there is large section of young, aspiring and hopeful men and women in the beleaguered valley who believe in the idea of Kashmir being part of India but are frustrated by how Kashmiri youth is perceived by outsiders.

After the Pulwama attack, there were several cases reported from the state of Rajasthan, Uttar Pradesh and Karnataka where local people stigmatised the Kashmiri students or traders as militants. At some places, Kashmiris are questioned and frisked at security checks more carefully than others.

Criticising media and largely holding them responsible for the tarnished image, she says: “People know what media shows them in Kashmir. There are young people who believe in democracy and are willing to come forward to work for the development but because of certain elements in Kashmir, it is not possible. There is a romanticism attached to death, romanticism around violence, which has been stoked up by the media. Militants are hailed as heroes by local media and Burhan Wani has been made poster boy for Kashmir”.

Local Hizbul terrorist Burhan Wani was killed in an encounter in July 2016. Dozens of people lost their life and hundreds of Kashmiris reportedly suffered pellet injuries after being fired upon by security forces during the violence and stone-pelting over several months after Burhan was killed.

© AP Photo / Dar Yasin
'Glamourising Terrorism': Kashmir Police Rip Terrorists Who Released Video of Attack on Forces
Though not dismissing the atrocities committed by India in Kashmir, Aayat says “there is another side too. Pakistan’s involvement cannot be ignored in Kashmir; there are militants killing local Kashmiris, which need to be taken into account as well”.

Pakistan and India have both laid claim to the Kashmir region since independence in 1947. But Pakistan has been accused of not only funding the terrorism in Kashmir but also harbouring terrorists across the Line of Control.

As Indian security forces continue to foil infiltration attempts, an army official in July said that Pakistan was trying hard to push more and more militants into the Valley and launchpads across the Line of Control are fully occupied by around 250 to 300 militants ready to infiltrate.

A report by news website The Wire suggests that the trend of educated youngsters joining militant groups has continued as around 85-95 youngsters have joined the militant ranks from January 1 to July 30 this year.

Meanwhile, Khubaib Mir from Srinagar’s downtown, where most anti-India protests take place, started a non-government organisation Voice of Youth in 2018 with an aim “to bring back the brainwashed youth into the mainstream and direct them into positivity”.

Underlining the cost conflict for youngsters, Mir says: “Kashmiris and demands of youth need to be accepted. Unemployment is high here. If we compare Kashmiri youths with the rest of the country, the youth here doesn’t have a life after 4pm. One cannot go outside because it is not safe, there is nothing to do. When they stay inside, they get bent towards wrongdoing”.

© CC BY-SA 3.0 / Ahsan Saeed / Keran, Neelum Valley, Azad Kashmir, Pakistan
End to Terrorism Nowhere in Sight in Kashmir as Anniversary of Revocation of Article 370 Nears
Focusing on the promises made by the government in the parliament at the time of partition seven decades ago about the special status of the Jammu and Kashmir, Mir says that people want is for these promises to be fulfilled. Whether the decision was right or not, it depends upon how government reaches out to people, he says adding that, so far, more than $6.7 million has been sanctioned for upgrading government schools.

The Indian government data reveals that 500 projects have been completed in Jammu and Kashmir in the past year. Jammu and Kashmir Infrastructure Development Finance Corporation was set-up, which raised over $1.1 billion to complete long-pending, unfinished projects.

But lodging a strong protest over the glorification of killing of terrorists, Aayat says: “Apart from the conflict, there are Kashmiri youngsters who are doing wonderfully in sports and academic fields. We want their stories to be known by the world. We have lost a lot of youngsters to this conflict; glorifying violence is easy but nobody will ever understand the pain of a mother who lost her son. We need to change this narrative around Kashmir”.

Names which need greater prominence, some have suggested, to encourage the youth are such people as Afshan Ashiq, a football sensation who fought sex stereotypes to pursue her dream; and Insha Bashir, who is Kashmir’s first woman wheelchair basketball player. And breaking the glass ceiling in Shopian where terrorism is rife, Summayah Jan is Kashmir’s woman chief coach in the Jammu & Kashmir Cricket Association.

There are many positive stories in and about Kashmir, Aayat says, and Mir adds that if people won’t see anything but conflict in the valley, “we will not get investments, business and tourism, which is important for development in Kashmir”.

*name has been changed