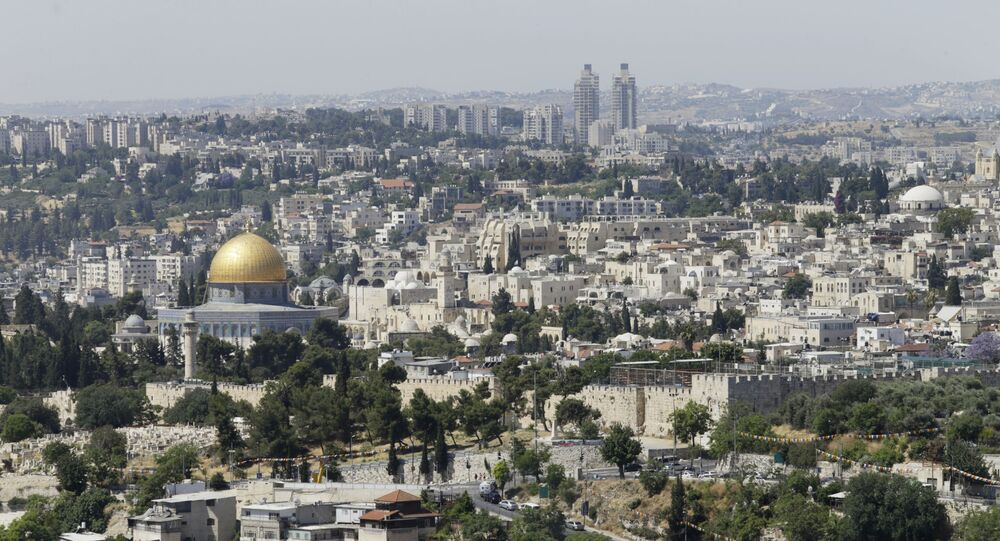 Despite Historic Deal With Sudan, Israeli Tweeps Still Divided Over Pact and Attitude Towards PM

While some Israeli Twitter users have embraced the deal with Sudan, others have downplayed the historic achievement and called for Netanyahu's resignation.

Another dramatic announcement, another historic agreement. After more than 60 years of animosity, Sudan has become the third Muslim state to recognise Israel in the past two months - just weeks after historic pacts were signed between the Jewish state, the United Arab Emirates, and Bahrain.

This comes after a series of clandestine talks, the last round of which took place on Wednesday, with an Israeli delegation reportedly visiting Khartoum to discuss the final details of the upcoming pact.

© AP Photo / Tsafrir Abayov
Netanyahu Remains Optimistic Despite Polls Predicting Decline in Ratings, Lowest Since March
For Prime Minister Benjamin Netanyahu, the normalisation agreement, set to be signed soon, is yet another success story. And so it is for his numerous supporters, who took to Twitter to express their gratitude to the prime minister and US President Donald Trump, who made the deal possible.

​"The deal with Sudan is an event that's not less than amazing. Because it is so unimaginable, it is still difficult to believe that it is happening...we are talking about a dramatic development in the foreign relations of Israel and the Muslim world".

​"Amazing, amazing, amazing. Just now Sudan confirmed that it would normalise relations with Israel. Everything thanks to our Donald Trump".

The excitement is understandable. Sudanese refugees, whose number is estimated at more than 6,000 people, excluding their children who have been born in Israel, have become an apple of discord in the Jewish state, dividing the already split society.

While some have supported their plea and advocated for their rights, many Israelis have also accused them of disseminating drugs and pushing the crime rate up.

Now that the peace deal with Sudan is slated to be signed in the coming weeks, Israel might be able to solve this problem by striking a deal with Khartoum, according to which the African nation would take back some of the Sudanese refugees who fled the war-torn country.

However, this was not the only reason for tweeps to celebrate - there was also a security element.

Apart from the fact that Sudanese fighters have actively participated in a number of Arab wars against Israel, they have also established a tight relationship with Hamas, an Islamist group that controls the Gaza Strip.

Feeling close to the ideas of the Muslim Brotherhood movement, of which Hamas is a part, Sudan has not only let the group’s fighters take refuge in the African nation, but it has also provided them with the possibility to train their fighters there and to use Sudanese soil for weapons smuggling.

Those ties have always been a headache for Israel, which has worked closely with the Egyptian authorities to halt the threat of Hamas. Now that the deal has been brokered, the Jewish state will make sure to tighten its noose around the neck of the Islamist group - this time with the help of the Sudanese authorities.

Scepticism is in the Air

But not all Twitter users felt equally enthusiastic about the deal, and some could not hide their scepticism.

​"...I support all the possible deals that Israel can strike but this normalisation is made on ice. Tomorrow somebody will pay them [the Sudanese - ed.] more and they will cancel their agreement with us. Not every normalisation agreement that we sign here (once in 70 years) is historic".

Others were not impressed by the achievement and demanded the prime minister's resignation despite the deal.

"Gentlemen, a normalisation agreement with Sudan. Go away, go away already..."

Such statements have become common in recent weeks, as protests against the prime minister continue to take place across the country.

Angry over his corruption charges and frustrated at the way the PM has been handling the raging pandemic - which has already claimed the lives of more than 2,300 people in the country - Netanyahu's popularity has been sinking in recent months.

Today's poll indicated that if elections had been held today, Netanyahu's Likud party would only get 30 out of 120 seats in the country's parliament.

Although it is still higher than previous surveys that have predicted he would get a lower number of seats, it is a stark drop from the success the PM achieved in the last round of parliamentary elections held in early March.

Yet for those who support him, the outrage directed at the prime minister on social networks despite the deal with Sudan is just more proof in their eyes of how irrational the hatred of the liberal camp is.

​"I wonder what the 'sour' people of the left will be saying about the deal with Sudan, after we already signed two: one with the UAE and the other with Bahrain.

1. It is only thanks to the Blue and White [Benny Gantz's party - ed.]

2. It is only thanks to [Yitzhak] Rabin and [Shimon] Peres

3. It was achieved despite Netanyahu

4. It was done as an election campaign trick.

You know what... hatred and jealousy are illnesses that cannot be cured".