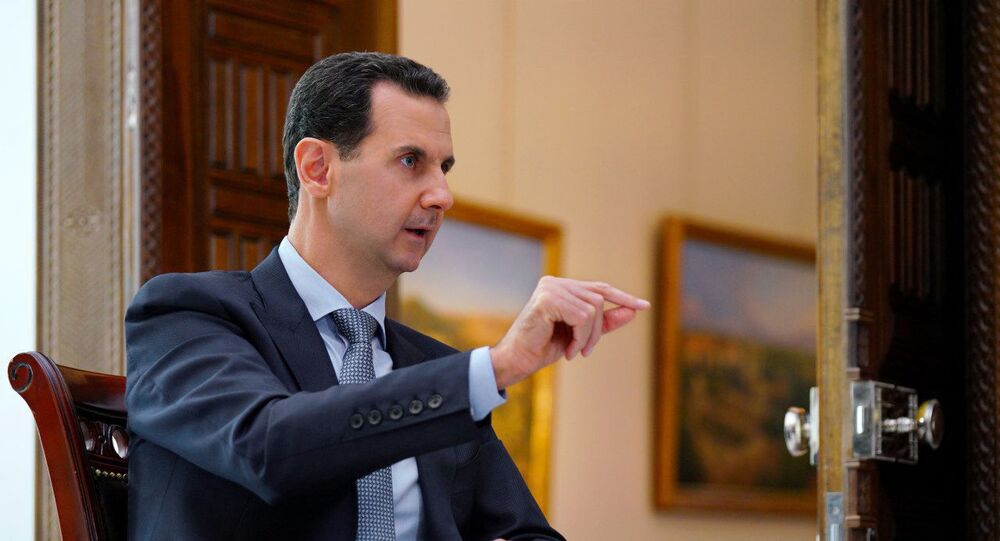 Bashar Assad told Sputnik earlier in the day that Damascus had enough "indicators" to be convinced that Turkey had deployed terrorists from Syria and other countries to Nagorno-Karabakh, where armed conflict between the Armenian forces and Azerbaijan has been ongoing for over a week now — the same way Ankara did in Syria and Libya.

"Assad has antipathy toward Erdogan. By trying to damage him, he damages Turkey as a whole. Assad’s claims have no value and are a tool of propaganda," Yilmaz, who is the head of the Renewal Party, said.

Ozturk recalled that Turkey had its own rights and interests in Azerbaijan and the Eastern Mediterranean.

The Turkish Foreign Ministry has so far not responded to a request for comment on Bashar’s statement from Sputnik.

© Sputnik / Dmitri Vinogradov
Live Updates: Yerevan Will Make Concessions on Karabakh if Baku Ready to Do Same, Armenian Prime Minister Say
Bashar Assad is not the only head of state to say that Turkey is sending mercenaries to Nagorno-Karabakh. French President Emmanuel Macron has also said France had information that 300 Syrian militants had been dispatched to the South Caucasus through Turkey to fight on the side of Azerbaijan. Azerbaijan has denied using mercenaries in the conflict and said that Macron should apologize for his words. Turkey has also said the claims it was selling Syrian contractors to Turkey were propaganda.

Russia, France and the United States, the co-chairs of the OSCE Minsk group dedicated to the peaceful settlement of the Nagorno-Karabakh conflict, have condemned the recent escalation of hostilities in the area.