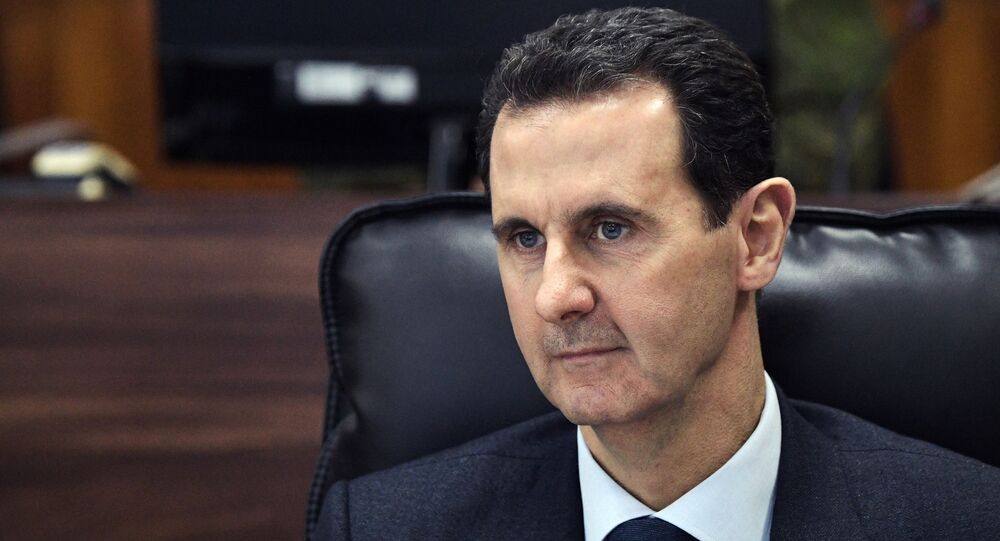 Ankara previously promised to support Baku "both in negotiations and in combat", with Erdogan claiming that Armenia must leave "occupied Azerbaijani territories".

"Let's be blunt and clear; Erdogan has supported terrorists in Syria, and he's been supporting terrorists in Libya, and he was the main instigator and initiator of the recent conflict that has been going on in Nagorno-Karabakh between Azerbaijan and Armenia. So, I would sum up his behaviour as dangerous, for different reasons", Assad stressed in an interview with Sputnik.

According to him, Damascus can confirm that Turkey is sending jihadists from Syria to Karabakh.

Bashar #Assad in an exclusive interview to Sputnik talked about Turkey's role in the Azerbaijani-Armenian conflict and raised the burning issue of whether Ankara deploys Syrian rebels to fight alongside Azerbaijan. Read the full interview at https://t.co/jeI8kCtQtb on Thursday pic.twitter.com/Vn7eWTBmXd

​Explaining the reasons, the Syrian president claimed that Erdogan's manner "reflects the behaviour of the Muslim Brotherhood*".

"Second, because he's creating war in different areas to distract his own public opinion in Turkey from focusing on his behaviour inside Turkey, especially after his scandalous relations with Daesh* in Syria", Assad added, claiming that Daesh "used to sell Syrian oil through Turkey under the umbrella of the American Air Force".

"We definitely can confirm it, not because we have evidence, but sometimes if you don't have evidence you have indicators. Turkey used terrorists coming from different countries in Syria. They used the same method in Libya; they used Syrian terrorists in Libya, maybe with other nationalities. So, it's self-evident and very probable that they are using that method in Nagorno-Karabakh because as I said earlier, they are the ones who started this problem, this conflict; they encouraged this conflict. They want to achieve something and they're going to use the same method", the Syrian president added.

Accusations of Turkish Involvement in Nagorno-Karabakh

Yerevan earlier accused Turkey of being heavily involved in the latest round of the Karabakh conflict, with Armenian Prime Minister Pashinyan claiming that "about 150 high-ranking Turkish military personnel" were in direct command of Azerbaijani operations in Nagorno-Karabakh.

Prior to that, Armenia and France accused Ankara of using Syrian mercenaries in the conflict, which Turkey and Azerbaijan denied.

Ankara and Baku also rejected reports about an Armenian Su-25 warplane, allegedly downed by a Turkish F-16 in the area.

The latest round of clashes in Karabakh escalated last month, as both Armenia and Azerbaijan accused each other of aggression along the line of control. Baku announced a "counter-offensive" and partial mobilisation, while Yerevan announced full mobilisation.

The Nagorno-Karabakh region, also known as Artsakh, declared its independence from Soviet Azerbaijan in 1991, which resulted in a major conflict between Armenian and Azerbaijani forces in 1992-1994. At the time, the war claimed thousands of lives on both sides, also forcing over a million people to flee the area before Moscow managed to mediate a ceasefire deal between Baku and Yerevan.