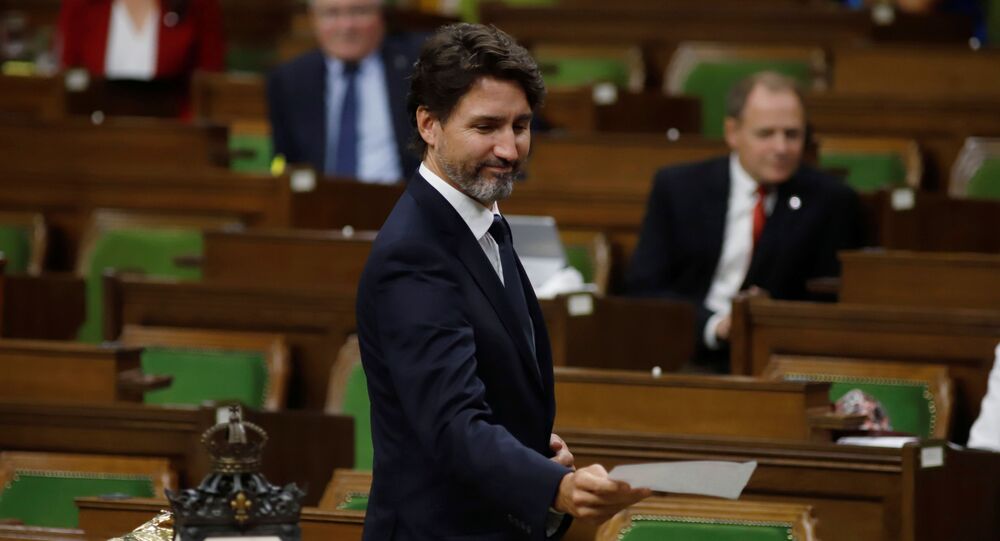 TORONTO (Sputnik) - Canada’s Bloc Quebecois will not support the Trudeau government’s COVID-19 recovery plan unless the Prime Minister increases health transfers to the province within the week, Party leader Yves-Francois Blanchet said in a televised address to the nation.

Earlier in the day, Prime Minister Justin Trudeau outlined his vision for the impeding economic recovery in a Throne Speech delivered on his behalf.  A vote of non-confidence from all of the major opposition parties would bring down the incumbent Liberal government and trigger an election.

“Mr. Trudeau has one week to provide unconditional transfers to Quebec for healthcare, otherwise the Bloc Quebecois will vote against this Throne Speech,” Blanchet said on Wednesday.

Officials from Quebec, which maintains “exclusive responsibility” over healthcare, have argued that the federal government has let down the province amid the pandemic. Quebec remains the hardest-hit Canadian province with 69,088 COVID-19 infections and 5,809 virus-related fatalities.

The official opposition Conservative Party has already said that it will not support the throne speech.

Should Trudeau’s plan be rejected by the Bloc Quebecois, the fate of the current government would rest in the hands of the New Democrat Party (NDP). NDP leader Jagmeet Singh said that his party will take their time in scrutinizing the throne speech, adding that his decision is dependent on specific legislative proposals from the governing Liberals.