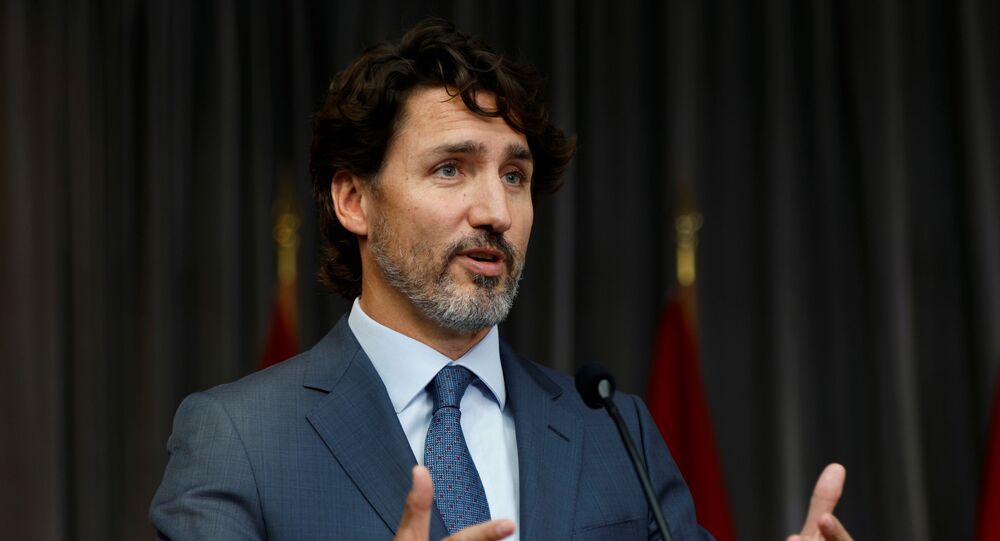 TORONTO (Sputnik) - Canadian Prime Minister Justin Trudeau told reporters on Wednesday that he does not want an election this fall.

Trudeau added that he believes that Canadians also have no interest in going to the polls amid the ongoing novel coronavirus pandemic.

The Prime Minister, however, did not explicitly rule out the prospect of an election.

"I think it's irresponsible to say that an election would be irresponsible. Our country and our institutions are stronger than that and if there has to be an election, we'll figure it out", Trudeau said.

Trudeau also noted the recently held general election in the province of New Brunswick, which according to him went "well".

An election can be triggered as early as 23 September, when the Trudeau’s Liberal government presents its long-term COVID-19 economic recovery plan via a throne speech. The Prime Minister’s recovery plan will then be put to a vote and a fall election could be called if the speech does not get a vote of confidence.

The opposition, in particular the Conservatives, has said that Trudeau wants an election in the near term, while Canadians are preoccupied with mitigating the effects of the pandemic and fears of a possible second wave and before they see the shortfalls of the government’s COVID-19 economic recovery plan.

Polls have shown that a sizeable percentage of Canadians do not have confidence in Trudeau’s abilities to manage the economy amid the ongoing pandemic but trust him to prevent a worsening of the public health emergency.

In May, polls showed the Liberal Party ahead by as many as 11 points nationally, boosted by majority support for the federal government’s response to the pandemic. However, in the aftermath of the WE Charity scandal, pollsters have Canada’s preeminent political parties – the Liberals and Conservatives – locked in a virtual deadlock ahead of the throne speech at the end of September.