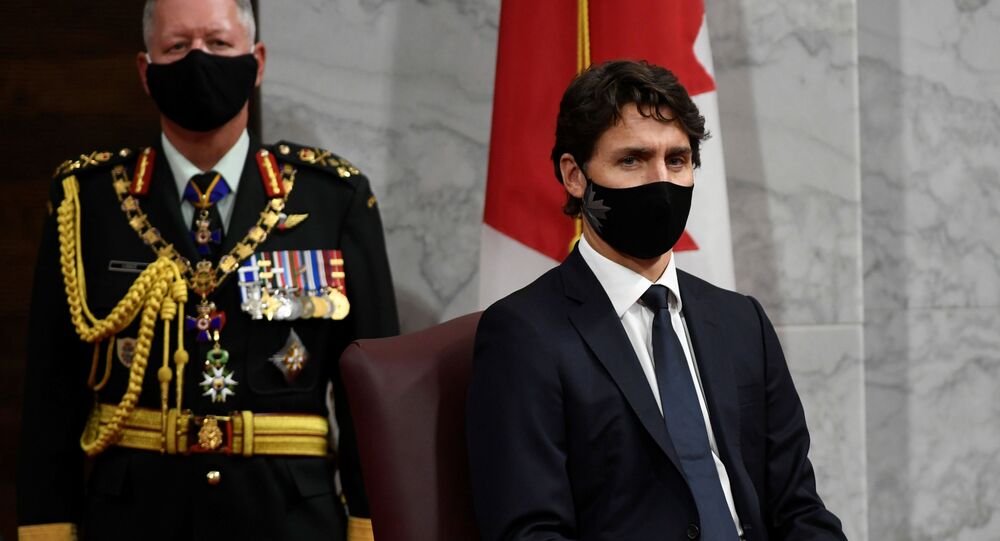 TORONTO (Sputnik) - The Canadian government will launch a program to add one million jobs to the economy, returning employment levels back to pre-pandemic levels, Prime Minister Justin Trudeau in a speech delivered on his behalf.

An election could be triggered should the speech not receive a vote of confidence from any of the major opposition parties.

“To help make that happen, the Government will launch a campaign to create over one million jobs, restoring employment to previous levels,” Canadian Governor-General Julie Payette said on Wednesday on behalf of Trudeau.

The government plans to achieve this through direct investment in the social sector, infrastructure, and skills training programs as well as a pledge to extend the Emergency Wage Subsidy (CEWS) until next summer.

The official opposition has said that it will not support the throne speech.

“We’ve looked at this speech from the throne and Conservatives cannot support it,” Deputy Leader of the Conservative Party Candice Bergen said in response to the speech. “It is another speech that is full of Liberal buzzwords and grand gestures with very little to no follow up plan.”

Trudeau’s plan will now require support from either the Bloc Quebecois or the New Democrat Party (NDP), both of whom have indicated their displeasure with the speech, for a federal election to be averted.