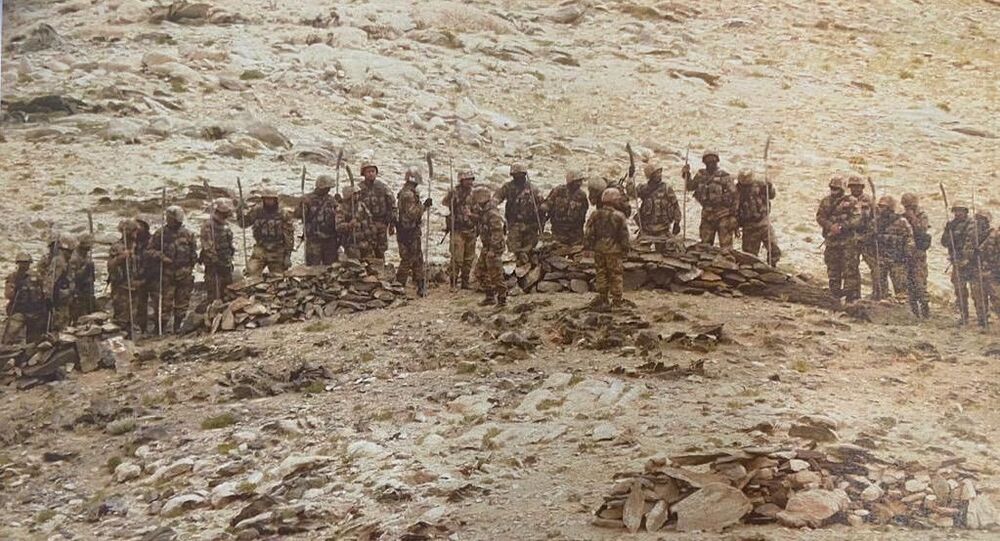 India and China were involved in the first outbreak of gunfire at the Line of Actual Control in 40 years on Monday. The two sides have accused each other of violating the border agreement and urged each other to exercise restraint.

Images of dozens of People’s Liberation Army troops armed with spears, machetes and automatic rifles emerged on Tuesday. The move follows China’s recent accusation that Indian troops had staged a provocation by crossing the border,

Government sources in New Delhi said that around 40-50 Chinese troops have moved near to an Indian position in the Rezang La on the southern bank of Pangong Tso, and the images accessed by Sputnik show types of weaponry resembling those used during the brutal clash that resulted in the death of 20 Indian soldiers in June this year.

Sources said that the situation is on a "knife edge" and "not stable".

On Monday, troops from both sides were within shooting distance of each other near to a key ridge height occupied by India on the south bank of Pangong Lake. Since Indian troops occupied these strategically crucial heights on 29-30 August, China has made several accusations claiming that India’s frontier forces crossed the border. India has categorically refuted the allegations.

Meanwhile, fresh unverified satellite images appear to show that India has set up a number of tents to the South of Pangong Tso, near the Table Top.

Just as China erected military positions on the ridgeline separating Indian controlled and Chinese controlled territory on the Northern Banks of Pangong Tso, they have now done the same on the Southern banks, after tensions flared there too.
📷 - September 7th.
3rd 📷 @detresfa_ pic.twitter.com/cUfhf4KxJD

​India and China have locked horns in a long-standing border dispute along the Line of Actual Control in Ladakh since April.