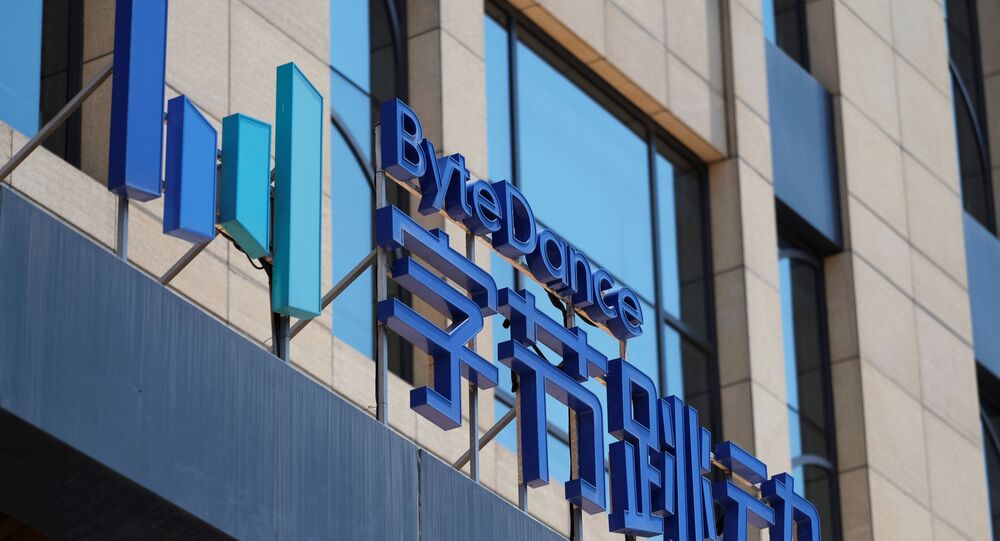 ByteDance, the parent company of video platform TikTok, currently facing a ban in the United States, did not mention the difficulties the app faces in the country, and made no comment on the ongoing talks with Microsoft over its possible sale.

TikTok's owner ByteDance said in a statement on Jinri Toutiao, cited by Reuters, that it has dealt with "complex and unimaginable difficulties", while working to become a global company, accusing Facebook of "plagiarism and smears" against the firm.

The statement also reportedly said that ByteDance will "continue to adhere to its globalisation vision".

Earlier, Reuters reported that Trump had agreed to give ByteDance 45 days to negotiate a possible deal to sell the video platform TikTok to Microsoft.

On Sunday, Microsoft, following talks with Trump, said that it is in negotiations with ByteDance over the possibility of purchasing TikTok, noting that "in any event" talks would be finished no later than 15 September. The discussions come after Trump threatened to ban TikTok in the United States amid allegations that the app "spies" on American citizens and is being used by Beijing to "meddle" in the US presidential election.

After Trump's announcement, TikTok insisted that it did not "plan on going anywhere", vowing to add 10,000 jobs to the US job market and stressing that all American user data is stored in the US. The app also denied allegations of its "dependence" on the Chinese Communist Party, following accusations by the Trump administration.