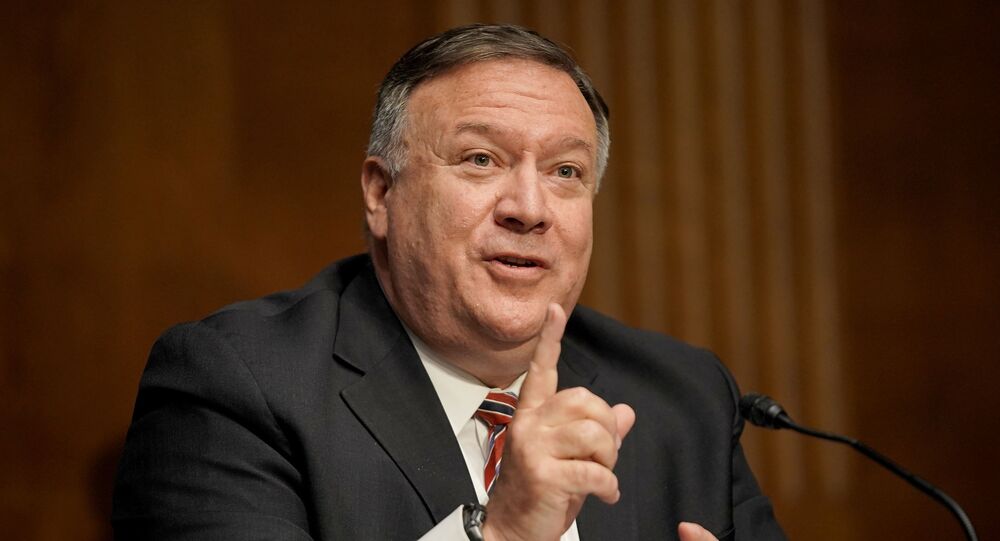 On Friday, President Donald Trump threatened to ban TikTok through an executive order, leaving the popular Chinese video sharing platform scrambling to find a way to save its US market presence.

US Secretary Mike Pompeo has stepped up the attack on TikTok and other Chinese software companies, claiming the video service is being used by communists to spy on ordinary Americans.

“These Chinese software companies doing business in the United States, whether it's TikTok or WeChat, and there are countless more...are feeding data directly to the Chinese Communist Party, their national security apparatus,” Pompeo said, speaking to Fox News on Sunday.

“It could be their facial recognition pattern, it could be information about their residence, their phone numbers, their friends, who they’re connected to. Those are the issues that President Trump’s made clear we’re going to take care of. These are true national security issues. They're true privacy issues for the American people, and for a long time the United States just said 'well goodness if we're having fun with it or a company can make money off of it we're going to permit that to happen.' President Trump has said 'enough' and we're going to fix it,” the former CIA director added.

Pompeo said that Trump would be announcing new measures "shortly" to address “a broad array” of alleged risks presented by software companies "connected to the Chinese Communist Party," without addressing what these were.

Pompeo also criticized US tech companies which have recently downplayed the White House’s allegations about the theft of US technology by the Chinese, calling it “crazy talk.”

Earlier, Trump trade advisor Peter Navarro warned Americans that "all the data that goes into those mobile apps that kids have so much fun with, and seem so convenient, it goes right to servers in China, right to the Chinese military, the Chinese Communist Party and the agencies that want to steal our intellectual property."

The White House has not yet followed through with its threat to ban TikTok, even though President Trump said he had the authority to do so on Friday and indicated that he might sign an executive order to that effect as soon as Saturday.

© AP Photo / Evan Vucci
TikTok: Some Young Users Suggest Trump’s Ban Threat is Payback for Tulsa Rally Flop
The threat prompted TikTok’s owner, Chinese software giant ByteDance, to consider options for selling its US stake to American investors to enable the video sharing platform to stay up and running. One option reportedly included having Microsoft Corp take over the company, or at least secure the user data of its US services. However, the Wall Street Journal reported Saturday that Microsoft had paused negotiations on the possible purchase.

Also on Saturday, TikTok spokeswoman Vanessa Pappas assured American TikTok users that the company was “not planning on going anywhere” and was “here for the long run.”

TikTok has an estimated 800 million total global users, including 150 million users in the US, and is especially popular among young people. The US government has already taken steps to restrict the app’s use among the military and government officials, citing alleged dangers of espionage by Chinese intelligence. TikTok has denied these claims, and stressed that all of its US user data is stored inside the US itself, “with strict controls on employee access.”

The Trump administration's tiff with TikTok and other Chinese tech giants is part of a much broader conflict between Washington and Beijing on issues ranging from trade and technology transfer to tensions in the South China Sea, over Taiwan, Hong Kong and Xinjiang, and back-and-forth allegations regarding the coronavirus. Last month, President Trump resumed calling COVID-19 "the China virus" despite fears by civil liberties groups that the term could promote racism against Asian Americans.

Who is a TikTok Star? Golden Retriever Wants Its Fifteen Minutes of Fame

US Policewoman Under Fire After Posting Sexy TikTok Video Online