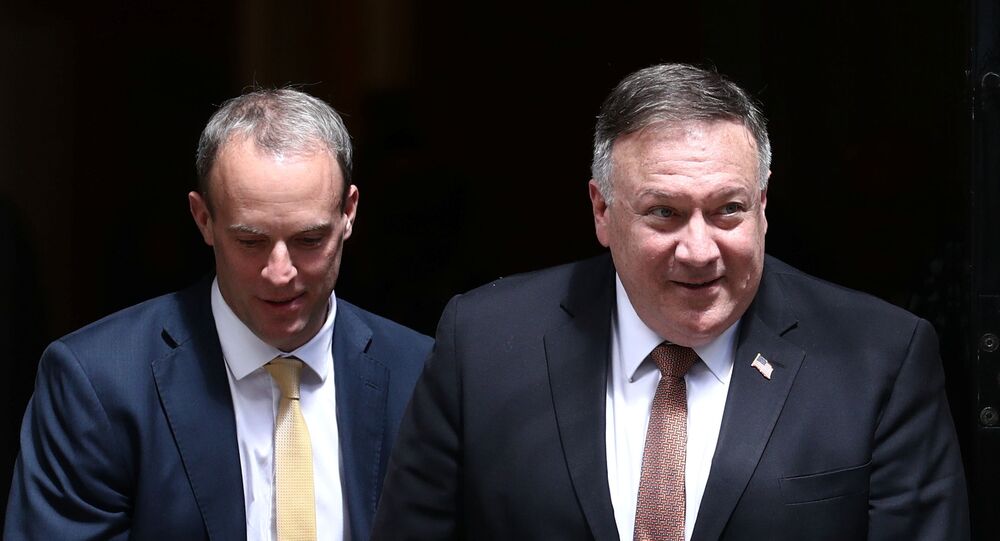 The Trump administration has been pressuring China in numerous areas in recent years, accusing it of using "unfair" trade practices, stealing technologies, violating human rights, and spying via its tech companies – none of which has been backed up with solid evidence.

US Secretary of State Mike Pompeo has revealed Washington's hopes to build a coalition of countries that "understand the Chinese threat" and that will be ready to push back against the Chinese Communist Party until Beijing "behaves properly". The top American diplomat called on all global powers to join in this effort.

"We want every nation to work against that kind of activity ... We want every nation to work together to push back against the Chinese Communist Party’s efforts in every dimension […] We’ll work collectively to convince the Chinese Communist Party it’s not in everybody’s interest to engage in this kind of behaviour", Pompeo said.

The official said the US hopes to see all countries that "understand freedom and democracy" to grasp the alleged "threat" that the Chinese Communist Party poses to them and to work to restore "what is rightfully ours", without elaborating on the last part.

Pompeo went on to laud the UK’s move to ban equipment made by the Chinese tech giant Huawei from its telecommunications network, calling it a "good decision", while reiterating allegations that the company has been handing over its clients' data to the Chinese government.

"We don't have an end state that we seek from Huawei. We have an instinct for the people in the United States, which is to make sure that [...] the private data that belongs to Americans doesn't end up in the hands of the Chinese Communist Party", the top diplomat said.

© CC BY 2.0 / Tony Hisgett
Against US' Will? UK Continues to Use Equipment of Another Chinese Firm Despite Ditching Huawei

The UK previously allowed a limited presence of Huawei tech in its 5G networks, to the great displeasure of Washington, but recently changed its tune, banning the company across all networks. London later confirmed that the change in attitude was due to the "impact of the US sanctions" and the reassessment of Huawei's security capabilities by the National Cyber Security Centre (NCSC). The NCSC warned that new non-US chips, which Huawei recently started using, could not be viewed as "trusted" in terms of cyber security.