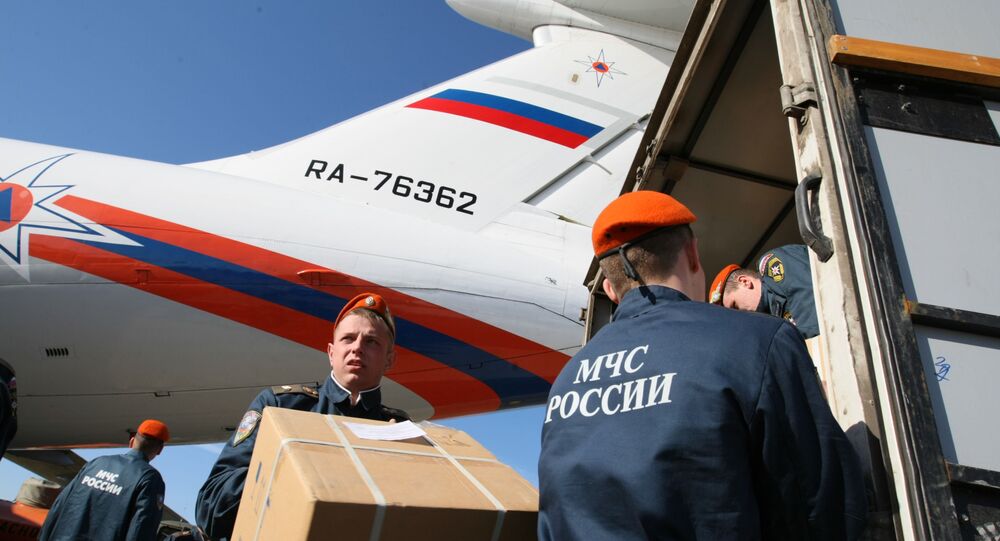 Russia sent an An-124 cargo plane to the United States in April with disinfectants, glasses, respirators and masks, as well as other medical equipment. The cargo was sent as part of aid to help the US fight the deadly virus. President Trump welcomed the aid, calling it a "kind gesture".

The Russian Direct Investment Fund (RDIF) said on Tuesday it had fully paid for the cargo of medical equipment delivered in April to the United States amid the coronavirus outbreak, and the US side would fully pay for its reciprocal aid to Russia.

"The RDIF has facilitated the exchange of humanitarian aid between Russia and the United States to combat coronavirus. In accordance with the final agreement, the Fund fully financed the delivery of Russian cargo to the United States, and the American side financed the delivery of complementary American cargo of 200 ventilators to the Russian Federation," the fund said.

The fund added that it has been a reliable partner for US companies present in the Russian market for many years and has always pushed for a dialogue between Russia and the United States.

Earlier today, Russian Foreign Minister Sergei Lavrov stated that the US would be sending 200 artificial lung ventilators free of charge as part of an aid package to Russia. The first 50 ventilators will be ready for shipment on Wednesday.

Previously, Kremlin press secretary Dmitry Peskov said that Moscow would consider the US offer to deliver artificial lung ventilators if such a necessity arises.

In April, a cargo with medical equipment was delivered from Russia to the United States, along with infection detecting systems sent by the RDIF. The US welcomed the Russian aid with President Trump calling it a "kind gesture". According to the the Russian Foreign Ministry spokeswoman, Maria Zakharova, half of the cost of the cargo was paid by the RDIF and the other half by the US.