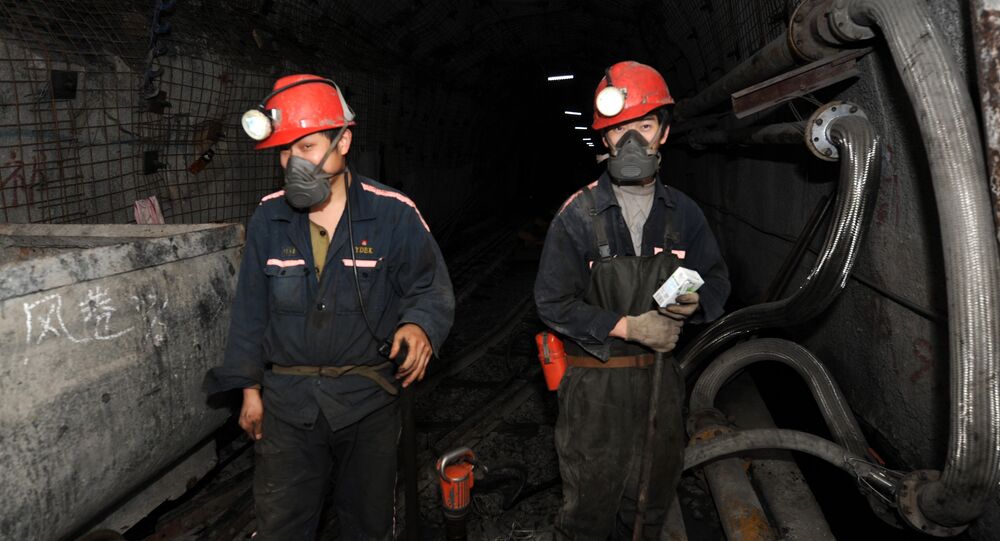 Will US Be Able to Gain Independence From China in Rare Earth Metals?

The US wants to reduce dependence on Chinese rare earth metals. Such an initiative has been developed by Republican Senator Ted Cruz. His proposed bill implies expanding the production of rare earth metals in the United States, as well as substituting imports of these products for the defence industry.

The Senator’s statement said that since China had threatened to stop delivering medicine and equipment to the United States, nothing could stop China from stopping supplies of rare earth metals.

His Onshoring Rare Earths Act bill provides for tax incentives to expand rare earth metals mining and processing in the United States, as well as incentives for companies that will purchase these raw materials from US suppliers.

Purchasing this valuable raw material from domestic suppliers is supposed to be mandatory for some consumers, such as the Department of Defence and the military-industrial complex.

The problem for the United States is that the country is highly dependent on China for the supply of this essential component.

The US once was the main producer of this scarce raw material. But after the 1980s, China surpassed it. The country has the world’s largest reserves of rare earth metals.

In addition, China has managed to master this labour-intensive industry and now, according to various estimates, it accounts for 70% to 90% of global supplies. In terms of processing raw materials, China is well beyond the competition.

Currently, 3 to 4 metric tonnes of rare earth metal concentrates mined at California’s Mountain Pass field are sent to China for further processing each month. This happens solely for market reasons: China has mastered the technology to process these products efficiently.

That’s why the Republican Senator’s initiative is unlikely to be viable, Mei Xinyu, a researcher at the Centre for International Trade and Economic Cooperation at China’s Ministry of Commerce, said. According to him, the United States won’t be able to quickly restore this industry.

The process will be expensive and inefficient; other sectors of the US economy will have to subsidise the rare earths industry to keep it afloat, the expert said.

"China occupies such a large share of the rare earth metals market not only due to the product quality and low cost but also due to consumer trust. I believe that even if the United States tries to revive the industry, these products can hardly become competitive in the global market. At least, it will be difficult to compete with China’s products. China is now the world’s leader in technologies for rare earth metals extraction and processing; the process efficiency is very high. Therefore, China has strong advantages in terms of technology. If the United States restores domestic rare earth metals production and processing, such production will be ineffective. Therefore, this industry will have to be supported through subsidies from other industries and national economy subjects. In the long run, this will be an unbearable burden for the national economy. Therefore, I don’t think that American rare earth metals mining can represent any competition to China".

According to the expert, the US is used to using its own technologies as a political tool to blackmail other countries. This happened with Huawei and a number of other Chinese companies that lost access to US technology.

Therefore, the United States believes that China will act in the same manner. From the very beginning of the trade conflict between the US and China, experts and media from different countries have discussed the possibility of China using rare earth metals as the main lever of pressure on the United States.

Allegedly, if Beijing limits the export of this valuable raw material, all US high-tech industries, including defence, will stop.

However, if China used rare earth metals as a bargaining chip, it would be detrimental to China itself, damaging the country’s international image as a reliable supplier. Thus China could quickly lose its position on the global market.

Indeed, it's not only China that has reserves of rare earth metals, but also Australia, Mongolia, Japan, and the United States. Therefore, China is not going to use confrontation to maintain its competitive advantage.

The United States, on the contrary, is trying to act contrary to the laws of the market and comparative advantages, trying to rely solely on its own forces.

However, this is a destructive path, as the experience of the Soviet Union has shown, Mei Xinyu said.

"US initiatives like the one by Ted Cruz only lead to Washington easing ties to foreign markets. At one time, such a policy became one of the reasons for the Soviet Union's collapse. The Soviet Union’s economic ties with other subjects of the global economy were extremely weak; there was no fair international division of labour. Therefore, it was impossible to maximise the advantages of the Soviet economy.  The United States is now following the same path. If trade wars continue further in the long term, it is the US interests that will suffer the main damage".

© AP Photo /
China May Build Up Its Share in Global Rare-Earth Metals Market Amid Pandemic
At the moment, there is no reason to believe that China will tighten control over rare earth metals supply abroad. On the contrary, at the end of last year, China expanded its quotas for rare earth metals extraction by 10% reaching a record of 132,000 tonnes.

China is interested in increasing the extraction and processing of these rare raw materials, since most high-tech electronics, which use rare-earth metals, are also produced in China.

In order not to undermine consumer confidence, China has maintained a steady supply of rare earth metals even amid the coronavirus epidemic. According to China’s General Administration of Customs, in March, the country’s rare earth metals exports increased by 19.2% year on year.