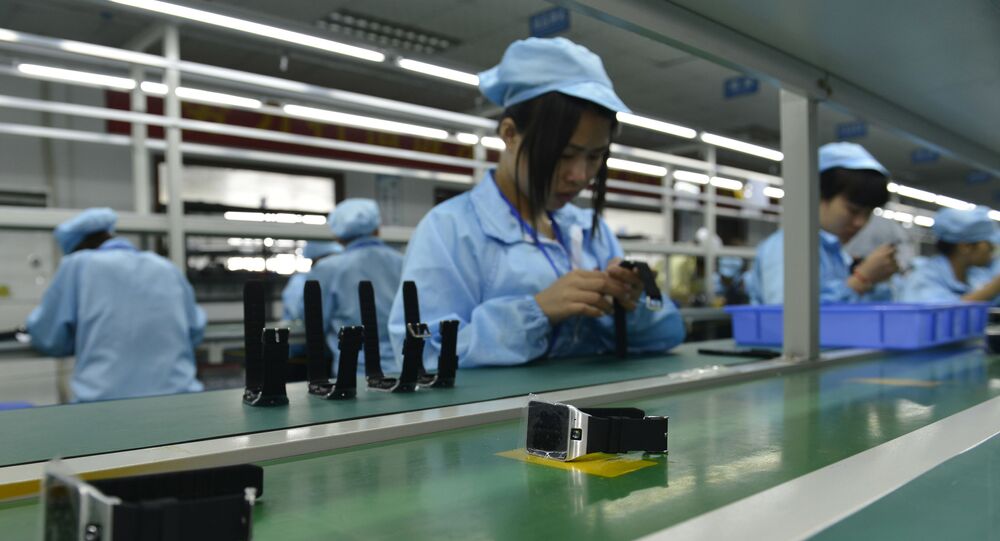 New Delhi (Sputnik): US-China ties, which are already suffering from a trade-war, have come under immense strain against the backdrop of the COVID-19 pandemic, and the United States has reportedly been exploring alternatives to doing business with Beijing.

US Secretary of State Mike Pompeo discussed with Indian External Affairs Minister Jaishankar Monday about the possibility of moving supply chains away from China.

In the hour-long video conference titled ‘experimental online diplomacy’, Pompeo discussed the fallout of the pandemic on the US economy and its dependency on "one country".

Industry sources told Sputnik that over 100 US firms are currently in direct touch with the Indian government over plans to move their bases away from China. "These companies include Cisco, FedEx, Adobe and even Apple for that matter," the source said. The Indian states that interest the American companies include Uttar Pradesh, Gujarat and Karnataka.

Pompeo told journalists in April that India and the US “want to mesh the supply chains … that are important for our national security.”

Despite the trade war, US is China's largest trade partner and remains the largest export market for the China with around 16.8 percent of its total exports. Less US_China trade could mean some opportunities for India to fill the gap.

India’s Minister of Medium and Small Scale Enterprises and Road Transport Nitin Gadkari urged industries to engage with US and UK firms which currently operate in China. He even claimed that India's manufacturing sector is likely to witness investment of over $300 billion.

United States President Donald Trump has been unequivocal in his scathing criticism of China; alleging that the coronavirus originated a lab in Wuhan. With elections approaching, the US President has already initiated attacks on Democratic candidate Joe Biden through a targeted ad that says "Biden stands with China".