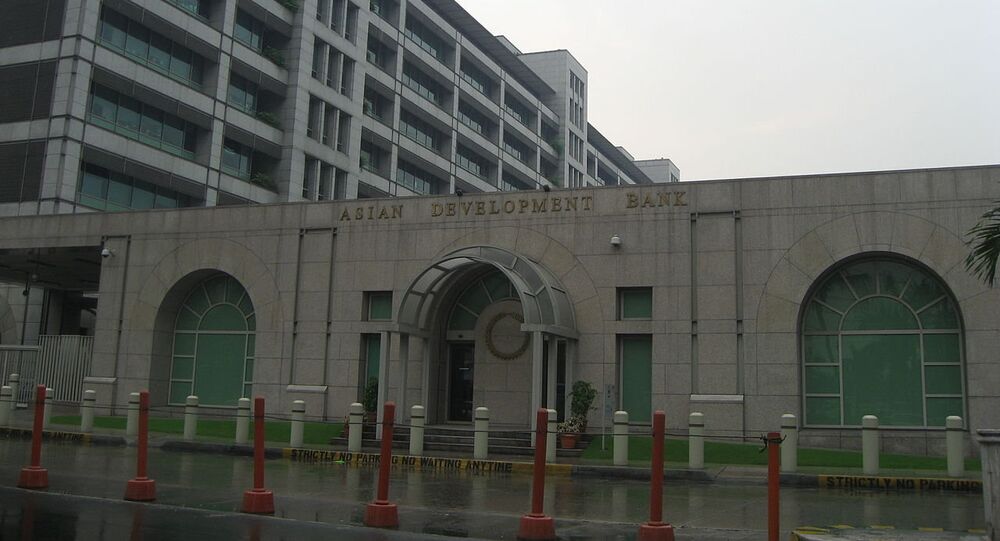 New Delhi (Sputnik): Amid the unprecedented health crisis due to the coronavirus pandemic, the International Monetary Fund forecast that India’s growth rate will tumble to 1.9 percent in 2020. The Indian government has taken several steps, including freezing the allowances of 11 million government employees, to generate funds to fight COVID-19.

The Asian Development Bank (ADB) has sanctioned a $1.5 billion loan to India on Tuesday to support the country in its fight against novel coronavirus disease.

The loan has been approved to India with a view of supporting immediate priorities such as disease containment and prevention, as well as social protection for the poor and economically vulnerable sections of society.

India's former ambassador to Myanmar, Rajiv Bhatia, said it is a timely and reassuring decision in light of India's large population of over 1.3 billion people and the potential impact the crisis could have on the country.

“The loan by ADB to India for fighting Covid represents a wise and timely decision. The country has nearly 18% of the world population; hence it is a vital battlefield. It is reassuring to note that this loan will form part of a larger support package,” said Bhatia, Distinguished Fellow, Foreign Policy Studies at Gateway House, told Sputnik.

The loan has been approved by ADB at a time when questions are being raised in multilateral organizations (World Health Organisation) over their response towards the coronavirus pandemic. The US, the World Health Organisation’s biggest donor with funding of over $400 million a year, declared a suspension of funding to the United Nations agency.

The US president accused the World Health Organisation of covering up the spread of the infection after it was first reported in China.

However, several countries, including India, expressed dissatisfaction over the decision by the American president and said that reform at the WHO could be taken after the pandemic was addressed.

“At present, our efforts and attention are fully focused on dealing with the COVID-19 pandemic. Once the world has addressed this crisis, we can revisit this question,” government sources in New Delhi had said on 15 April, while terming Trump's decision as "ill-timed".

Economist and expert in international trade Manoj Pant said that world trade has come to a complete standstill due to COVID-19 and it is not just India that has sought support from multilateral agencies, as most countries in the world have also requested aid.

"It is a good thing. The world trade has come to a complete standstill especially after the pandemic. All kinds of trades have been halted; countries have shut production; India is under lockdown with everything shut. So it's not surprising that we approached ADB for the loan," added Pant.

He added that ADB is the Asian wing of the World Bank, and it is not only giving a loan to India but many organisations and countries. Pant also said that we should not discourage multi-lateral institutions, as they act as a strong pillar in times of crisis.

“President’s may come and go. We should not take what Donald Trump says very seriously. Politics is very limited to individuals. I don't think countries have any politics to the epidemic because they know a pandemic like coronavirus will see no boundaries and spare no one”, Pant told Sputnik.

Earlier this month, the International Monetary Fund (IMF) has estimated that India's economic growth rate will slip to 1.9 percent in the current fiscal year (2020-21), in comparison to over 4.5 percent last year. However, the IMF also forecast that India will stage a strong recovery in the next financial year on the back of its sound macroeconomic fundamentals.

The government of India has accelerated its pitch for accumulating funds through a series of steps. The government is estimated to save $18 billion by cutting down on the perks of 11 million government employees/pensioners for next year.

Apart from doling out a $22.36 billion relief package to the marginalised sections of society, Prime Minister Narendra Modi invited donations from national and international contributors to the PM CARES (Prime Minister’s Citizen Assistance and Relief in Emergency Situations) Fund.