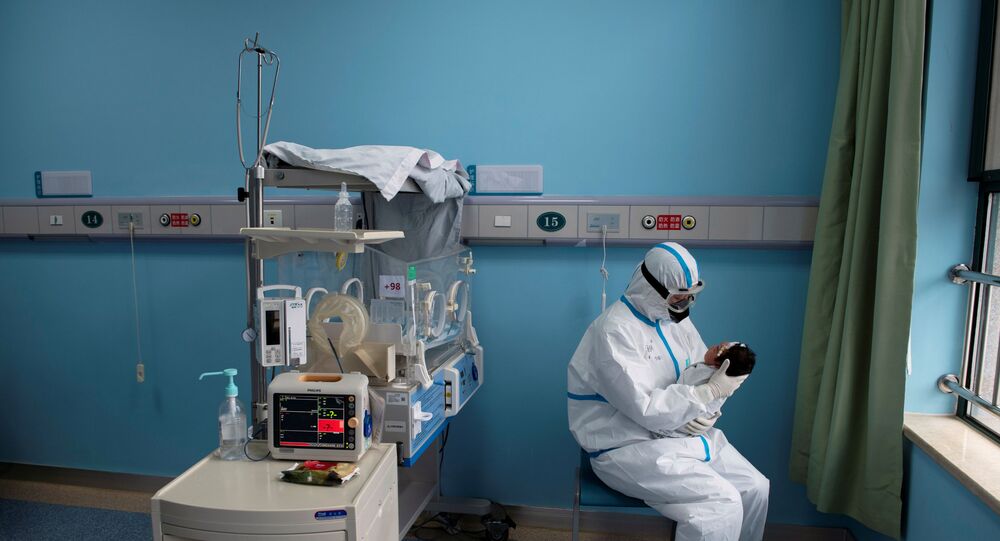 Chinese coronavirus test kit manufacturer Guangzhou Wondfo Biotech Co said on Tuesday that it has not yet received feedback from the UK health department about its products but its exports comply with China and EU approvals, in response to UK media the Daily Mail's report on the quality of the test kits.

Experts say inaccurate results may be down to testing methods rather than the technology itself as there are similar manufacturing techniques among Chinese firms and their foreign counterparts.

The response came as the Daily Mail reported on Monday that the test kits the UK government ordered from China are not sufficiently accurate for public use, citing Oxford University professor John Bell, a scientist evaluating coronavirus antibody tests for the government.

"We see many false negatives… and we also see false positives. This is not a good result for test suppliers or for us", the professor said.

The report claimed the UK government would seek refunds from companies that cannot improve failed tests.

Wondfo told the Global Times on Tuesday that the first batch of antibody test kits arrived in the UK on Monday (UK time) and is waiting to be tested for accuracy and specificity by the UK health department.

"As stated in the product instructions, antibody tests are supplementary for suspected COVID-19 cases who have negative results from nucleic acid tests. They can also be used along with nucleic acid testing in the diagnosis of suspected cases, but the antibody test alone cannot be used to confirm or exclude a case", the company said.

Antibody tests are not available for the screening of the general public, instead, their use is limited to health institutions, it added.

© REUTERS / TINGSHU WANG
People wearing face masks are seen at a shopping area in Beijing, as the spread of the novel coronavirus disease (COVID-19) continues in the country, China April 6, 2020.

Guangzhou Wondfo Biotech Co said the UK placed an order for 1 million antibody test kits, and half of that order has now been delivered.

As COVID-19 rages in the UK, the country is urgently seeking a way to determine how many people have recovered from the virus and are thus potentially immune. However, given the wide range of antibody responses to the new coronavirus, it is a challenge to make a simple, reliable test that works for everyone, the Guardian reported on Sunday.

A respiratory disease expert told the Global Times on Tuesday that an antibody test result has much to do with the time at which the sample is taken, as antibodies can only be detected sometime after an individual has recovered from the virus.

"If it's a test for IgM antibodies, a result may come faster, whereas it could take seven to 10 days before a result is seen when testing for IgG antibodies", the expert said, noting that tests can fail if antibody levels are low.

According to Daily Mail's report, Public Health England has not revealed what the UK government considers an acceptable level of accuracy.

Yang Zhanqiu, a virologist at Wuhan University, told the Global Times there is little possibility that the test kit manufacturer's technologies led to "inaccuracy" as their manufacturing techniques are similar to those of foreign enterprises.

"Many Chinese producers use imported equipment for manufacturing", he said.

© REUTERS / Aly Song
Employees wearing face masks work on a car seat assembly line at Yanfeng Adient factory in Shanghai, China, as the country is hit by an outbreak of a new coronavirus, February 24, 2020

Being one of the first enterprises to develop coronavirus test kits in China, Wondfo has been exporting its antibody test kits since receiving approval to do so in China and the EU, the company said, noting its exports comply with the new regulations from the Ministry of Commerce, the General Administration of Customs and the National Medical Products Administration (NMPA).

To ensure the quality of exported supplies, China on April 1 started to require all medical products to obtain a certificate from Chinese regulators before they can be exported, according to a statement released by the NMPA.

This Article Was Initially Published in the Global Times Newspaper