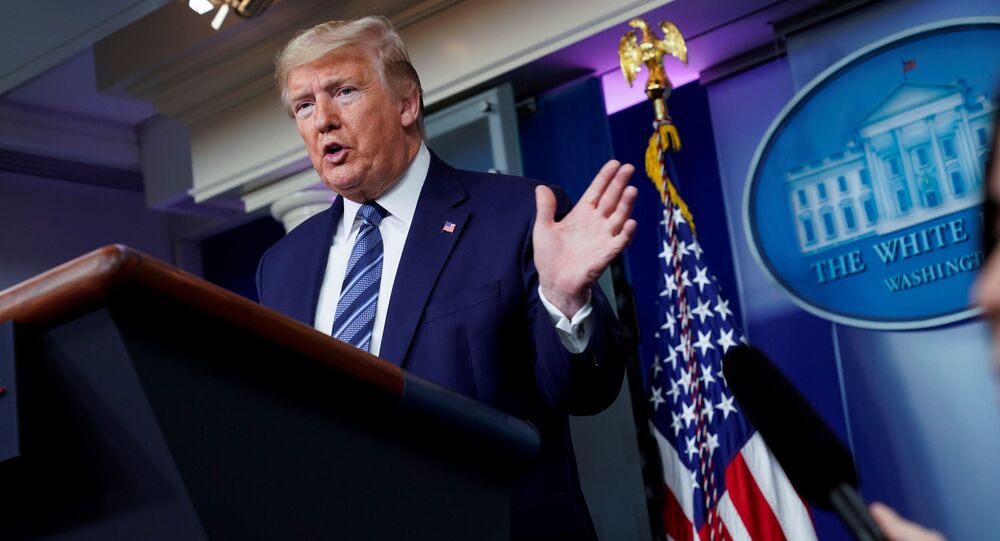 The US has repeatedly criticised the World Health Organisation for its praise of Beijing's methods in fighting the coronavirus – which have so far proven to be effective – and for helping China in its alleged effort to cover up the pandemic’s real numbers.

US President Donald Trump has renewed his criticism of the World Health Organisation (WHO), calling it "very China centric" despite receiving much of its funding from Washington. The POTUS also vowed that he would have a "good look" at the situation, without elaborating on what it could mean for the WHO, which is currently busy helping countries tackle the COVID-19 pandemic.

Trump also praised himself for not following the WHO's "advice" to keep borders open with China and wondered why the international body would give such counsel in the first place. The WHO Emergency Committee did not "recommend any travel or trade restriction" to be implemented by countries at the end of January, when China reported only 9,720 cases of COVID-19 infections.

The international health organisation's spokesman, Christian Lindmeier, said back then that in the WHO's opinion, closing borders would only hinder efforts to curb the spread of the coronavirus. The spokesperson explained that such a measure could lead to people entering countries irregularly and thus without undergoing screening for the COVID-19 infection.

US Criticism of WHO

The POTUS earlier accused the WHO of "favouritism" towards China as the organisation had praised the country's practices, which have apparently resulted in the reduction of the number of new local infections to zero. He also accused the health body of "siding" with Beijing when it comes to its alleged attempts to tone down the scale of the outbreak domestically.

Trump's son, Donald Trump Jr., entered the fray by supporting the suggestion that the WHO should be renamed as the "Chinese Health Organisation".

US Death Toll From Coronavirus Nears 10,000

Trump's criticism of the World Health Organisation and its coverage of the Chinese fight against the pandemic comes as the US continues to lead the world in the number of COVID-19 infections, with over 333,000 cases according to the WHO's data as of 7 April.

At the same time, the US comes second only to Italy in terms of the number of deaths from the novel coronavirus, which has claimed the lives of at least 9,559 people in the country according to a 7 April report from the global health body. The state of New York, which currently holds first place in the country when it comes to the number of cases, reported a record-breaking 731 deaths in the last 24 hours, with a total of 138,836 people having been infected.

Save Us From Us: WHO Says US Could Become Epicenter of COVID-19 Pandemic