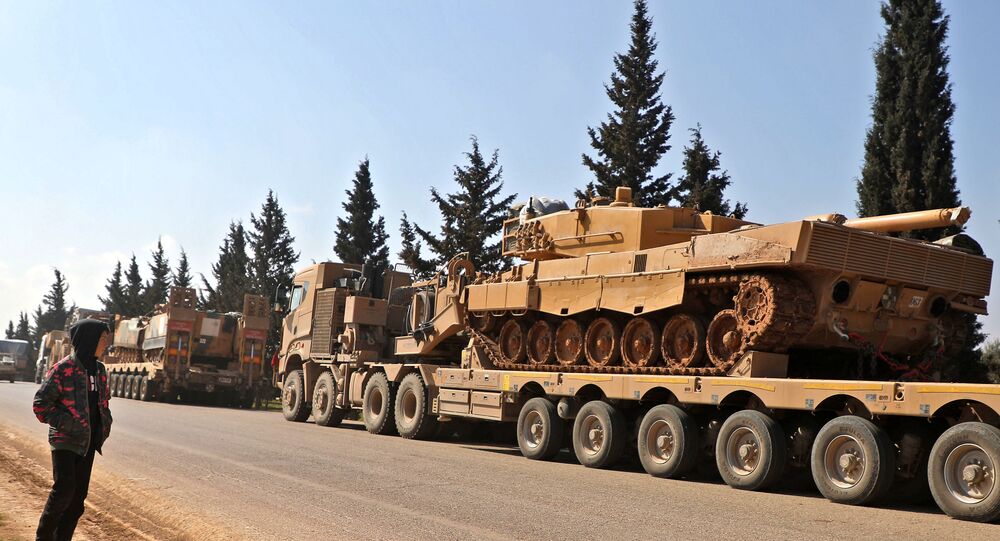 Following two months of escalating violence in Syria's Idlib Province, a new ceasefire regime was negotiated for the area by Russian President Vladimir Putin and his Turkish counterpart on 5 March.

Turkish President Recep Tayyip Erdogan has stated that the country hasn't received any military equipment from the US for its Operation Spring Shield in Syria, but added that Washington could have sent some if the new ceasefire hadn't been negotiated. He once again confirmed requesting Patriot air defence systems from the US, but noted that the Russian S-400 will be activated on schedule in April.

Erdogan praised the ceasefire agreement, which is supposed put an end to hostilities in Idlib Province, saying that it not only protects Turkey’s borders, but also protects local troops and civilians, as well as establishes a basis for further normalisation of the situation in the region.

The president also noted that the status of the Turkish observation posts in Idlib will remain unchanged despite alterations to the status of Operation Spring Shield assuring that Ankara's troops will simply monitor adherence to the ceasefire agreement, rather than "control the field".

The violence in Syria's Idlib Province escalated after local terrorist groups intensified their attacks against the Syrian Army. Damascus' responded to the attacks, but struck Turkish troops along with the militants. Ankara vowed to retaliate over the incident, conducting strikes against Syrian forces in Idlib and accusing them of violating the 2018 Sochi agreements.

The Russian Defence Ministry, however, noted that Turkish forces were not supposed to be in the areas targeted by the Syrian Army’s fire, while President Putin later added that no one, including the Syrians, were aware that Turkish troops were stationed there.

In a bid to stop hostilities in the region, Turkish President Recep Tayyip Erdogan came to Moscow to negotiate a ceasefire for Idlib with Russian President Vladimir Putin. The two countries agreed it would take effect on midnight 6 March with Ankara sending in additional troops to its observation posts. In addition, the sides agreed to establish a security corridor and organise joint patrols along the M4 highway.