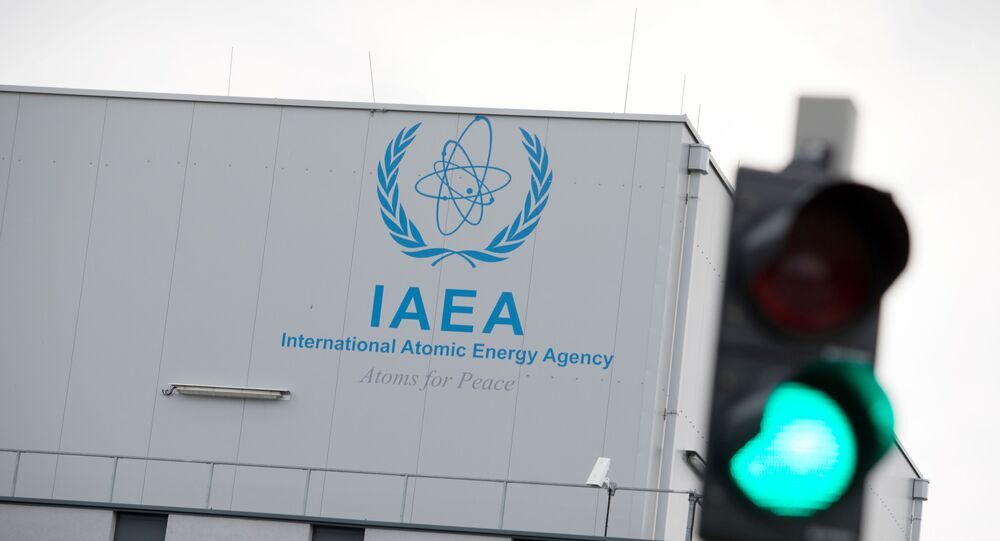 "The President of the French Republic today received recently elected IAEA Director General Rafael Grossi on the occasion of his first visit to Paris. The meeting, in particular, discussed the IAEA verification work in Iran", the Elysee Palace said. "The President of the Republic urged Iran to strictly comply with its obligations and duties within the framework of verification, and called on Tehran to immediately and fully cooperate with the agency".

Macron also recalled the goal of the complete dismantling of North Korea's nuclear program and the role of the IAEA in the issue.

The agreement provided for the lifting of sanctions in exchange for limiting Iran’s nuclear program. The deal in its original form did not survive even three years: in May 2018, the United States announced a unilateral withdrawal from it and the restoration of stringent sanctions against Tehran.

On 14 January 2020, Germany, France, and the UK formally triggered a dispute resolution mechanism for the nuclear deal due to Tehran’s refusal to fulfill some obligations under the document. Europeans have discussed the measure for some time but decided to make the step only after Iran, as part of a phased reduction of its obligations under the deal the US had previously withdrawn from, announced there would be no restrictions on the number of centrifuges.