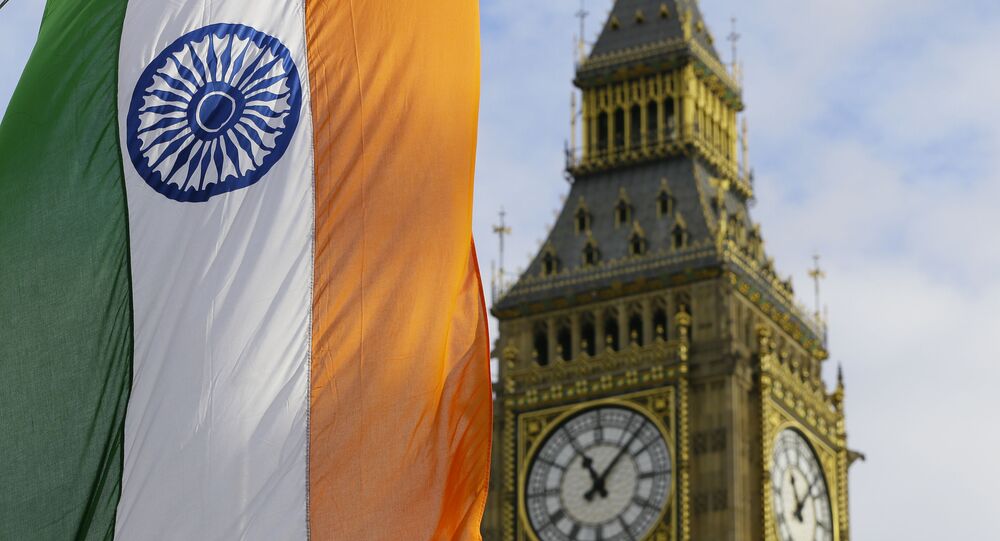 New Delhi (Sputnik): British parliamentarian Debbie Abrahams, critical of Prime Minister Narendra Modi’s Kashmir policy, was sent back to Dubai on her arrival in the Indian capital on Monday, as New Delhi had cancelled her e-visa.

UK Labour MP Debbie Abrahams has stirred up Twitter after questioning the Indian government’s intentions of “revoking her visa after it was granted to her”.

Abrahams, who chairs a UK parliamentary group focused on Kashmir, took to Twitter on Tuesday suspecting foul play on her deportation.

Questioning India’s decision, she wondered if her visa had been cancelled because of her critcism of the government's stance on the Kashmir human rights issue.

In the first official comment, the Indian mission in the UK said it "has confirmed from the Indian immigration authorities that Debbie Abrahams did not hold a valid visa" and "there is no provision for visa on arrival for UK nationals" that is why she was "requested to return".

Abrahams, however, turned to Twitter again, having posted the picture of her e-visa, which was issued on 7 October 2019, with the expiration date indicated as 5 October 2020.

This is the e-visa I was issued with by the Indian authorities. pic.twitter.com/QLwJhwFz3d

​In response, unnamed government sources said that the matter of granting, rejecting, or revoking a visa or an electronic travel authorisation is "the sovereign right of any country".

"Debbie Abrahams was issued an e-Business visa on 7th Oct 2019, valid until 5th Oct 2020 to attend business meetings. e-Business visa was revoked on 14 February 2020 on account of her indulging in activities which went against India's national interest", sources said.

Abrahams' reaction has caused quite a stir among Indian netizens who slammed her for “hate-mongering” and interfering in the internal affairs of India.

I am proud of my Indian government. People who visit India to spew venom must be stopped. It's a clear message - dont interfere in India's personal matters. Mind your own business.https://t.co/PjrkTKjfeo

Several others also sought to set the record straight by saying that India is no longer a British colony and slammed her for a “white supremacy agenda”.

Because you no longer rule India...because India is no longer your colony...because your sense of entitlement for an Indian visa comes from your nostalgia for bearing the white mans burden...because you have no locus standi to comment on what India does to protect its sovereignty https://t.co/pT3cmjHtxg

How presumptuous of her to travel on a cancelled visa! White superiority or colonial hangover?

Oh. You did not even have a Visa. Shame on the British who even elected you. Not knowing what’s valid travel is and gate crashing. But if you wanted asylum or wanted to be a refugee, you should have approached appropriately.

We provide habitat even to pigs and snakes.

Debbie Abrahams miscalculated when she thought Indians of any political stripe would support a presumptuous Memsahib over the government of a free and sovereign India. She was right about @ShashiTharoor, though. He is exploring new frontiers in witlessness, apparently.

While Abrahams claimed that she had a valid visa, an official from India's federal Home Affairs Ministry said she was informed well in advance about the revocation of her Visa.

"The e-visa of the British MP was cancelled. She was informed of the revocation on Friday. The status of her e-visa communicated to her clearly says 'rejected'. She can apply at the nearest Indian mission or apply online for a regular visa", government sources said.

On Monday, Debbie arrived at Delhi’s Indira Gandhi International Airport with her family and friends. The official said her visa was issued last October and was valid until October 2020 and had been cancelled for some reason.

“I tried to establish why the visa had been revoked and if I could get a ‘visa on arrival’ but no one seemed to know", AP quoted Abrahams as saying in a statement.

'I Was Treated Like a Criminal': British MP Denied Entry in Delhi as Her E-visa Was Cancelled